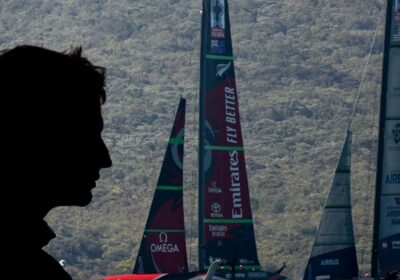 The Secret Sailor is an internationally acclaimed yachtie with a strong history in the America’s Cup.

It was always going to be Team New Zealand vs Luna Rossa for the Auld Mug.

If you look at the way the America’s Cup has come about this cycle, the design rule was held very tightly by the challenger and the defender. Luna Rossa and Team New Zealand basically excluded the other two teams from getting information to design their boats.

That meant for Ineos Team UK and American Magic in their first boats they both had two dogs from the get-go. From there they were chasing their tails trying to catch up to the first boats that Team New Zealand and Luna Rossa had built.

Looking at the finalists, Team New Zealand’s second-generation effort is more extreme than Luna Rossa’s boat by quite a bit. Luna Rossa’s boat is a very nice package in terms of they can turn it anywhere they can sail it and do most manoeuvres. It looks like a nice boat to sail in terms of how user-friendly it is. What they will lack is more speed.

The talk is Team New Zealand is going four to five knots faster that what Luna Rossa was reaching during the Prada Cup series. They will know that because they get to see all the data from the races. Which makes it quite a big advantage to have as the Italians won’t have an exact clue of what they are up against. Team New Zealand will have a bit more knowledge about the conditions and they’ll end up with the fastest boat. They’ll still have to start reasonably well but if they are actually four knots faster they could start a day later.

That’s why I’m picking It could be a bit of a boring affair.

I would say Luna Rossa are praying for lighter air or extreme winds. That’s their only chance of winning it. In higher winds Luna Rossa’s boat seems easier to sail and move around. We’ve seen Team New Zealand capsize a couple of times. It’s going to be tough for Luna Rossa to beat these guys but the faster the boats go then that could add a bit more risk which would work in their favour. Luna Rossa should start better because of Team New Zealand’s lack of racing, which has been tough on them. Jimmy Spithill and Francesco Bruni have got their heads around that and they won’t be easy to beat.

These two teams have a history but the actual sportsmen and the sailors will be pretty relaxed in terms of knowing what they need to do on the water and are comfortable with the boats. It’s more the management side and the principals of the teams that are fighting.

You’ve seen Team New Zealand use their influence through ACE to try and impact on the challenger regatta. That’s all even worse now because they have total control of it.

There’s not going to be any surprise changes. The boats will be pretty much optimised now. I don’t think they’ll be putting new bits on them right now, it’s too risky for that. They’ll both be down to their final measurements and once that’s done they can’t change the boat.

The racing has been a bit disappointing and I think everybody has seen that. You saw once Luna Rossa got their act together on that final day of the Prada Cup they just sailed around Ineos.

Ineos had started well and protected the right but still got sailed around, while the penalties don’t really cost the boats much as we’ve seen. They used to mean something in past regattas and added to the drama. For the future they have to try and change that.