Two years ago, lawyers for Major League Baseball sent a confidential document to the players union containing startling allegations against two of the game’s top agents.

The document — a signed affidavit from a man who had worked for the agents — said the agents had helped him to cover up a star player’s use of performance-enhancing drugs and to break other union rules.

The lawyers from Major League Baseball acknowledged to the union that the former employee had a checkered past — the employee had gone to prison for his role distributing banned drugs to players and he said he helped the former All-Star outfielder Melky Cabrera cover up a positive drug test.

But M.L.B.’s lawyers had previously sent the union information from others making similar allegations about the same agents, Sam and Seth Levinson. They told the union they found the former employee’s new claims credible.

The players’ union, which unlike M.L.B. is empowered to police agents, initially acknowledged that the allegations were serious, and pledged to investigate.

But since then, the union has failed to interview either the former employee, Juan Carlos Nunez, or others he said could corroborate his claims. Nor has it followed through on a promise to provide the commissioner’s office with any details about its previous investigations into the agents.

The dispute has been a source of deep frustration for Major League Baseball, which sees the union as unwilling to work with the commissioner’s office on many fronts. And it has exposed a gap in baseball’s drug testing program, which is generally considered among the strictest in sports: M.L.B. has no power to regulate the agents who work in the game or to punish any who may facilitate performance-enhancing drug use by their clients. Only the players and their union can do that.

The union and its head, the former player Tony Clark, declined several requests for comment. Clark said Thursday that the union as a rule does not comment on investigations.

But its apparent unwillingness to hold the Levinsons and their agency, ACES, to account has also caused resentment among other agents, many of whom have privately expressed dismay that the players union failed to fully investigate the accusations against the Levinsons, and contend the union has shown favoritism toward them.

Nunez, the former employee, in February sued the Levinsons, who dispute all the claims he has made against them and continue to represent star players. But M.L.B. continues to believe Nunez is telling the truth.

“Major League Baseball turned over the information from Mr. Nunez regarding the Levinsons’ alleged conduct to the M.L.B.P.A. because it is the union’s responsibility to regulate agents,” the commissioner’s office said in a statement. “Despite numerous requests, M.L.B. was disappointed it was not given the terms of whatever settlement that was reached between the M.L.B.P.A and the Levinsons, and M.L.B. became aware that the Levinsons would be allowed to continue to represent players.”

In a statement, the Levinsons called Nunez a “liar and convicted felon,” and said they had no knowledge of his criminal activities, and that Nunez’s affidavit to M.L.B. mirrors the “baseless claims he raised in his lawsuit.”

“As for M.L.B.,” the statement continued, “they have opposed a strong union and our advocacy for players’ rights for decades, so it is unfortunate but not surprising that they have found it convenient to jump on Nunez’s bandwagon.”

Club owners have an inherently adversarial relationship with agents, whose duty is to extract as much money as possible from teams for their clients. But the past two baseball commissioners, Bud Selig and Rob Manfred, were so troubled by the repeated allegations by former associates against the Levinsons that they took the unusual step — at least three times in the past six years — of providing the union with information tying the Levinsons to their players’ use of banned drugs.

In 2012, Nunez, then an employee of the Levinsons, took the blame for facilitating Cabrera’s drug use and trying to cover it up. Cabrera was suspended for 50 games, and the union barred Nunez from being an agent for life. He spent three months in prison for his role in referring players to a South Florida clinic, Biogenesis, that provided athletes with performance-enhancing drugs.

But after his release in 2015, Nunez went to Major League Baseball and said he took the blame for the Cabrera situation in exchange for a payment from ACES he never accepted, and he said that now he wanted to tell the truth. Before M.L.B. took Nunez’s affidavit, it had one of its outside lawyers, Andrew Levi, investigate Nunez’s claims. 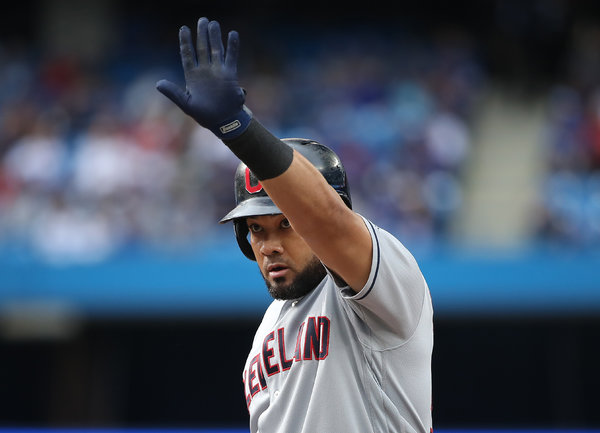 In an interview last week, Levi said he found Nunez to be “completely credible.”

Levi, who spent several days interviewing Nunez and reviewing documents, said it was nearly impossible to believe that Nunez had acted alone in the cover-up.

“This was all over his pay grade,” Levi said about the sophistication of the effort to come up with a false back story to explain the positive drug test. “It is inconceivable that he was the quarterback here.”

In December 2015, Nunez provided a sworn affidavit to M.L.B. in which he asserted that the Levinsons had directed him through each stage of the Cabrera cover-up, and he gave the commissioner’s office photographic evidence that he said backed up his claims. (The Levinsons contended “the photographs are doctored and, like Nunez himself, cannot be trusted.”)

In the affidavit, Nunez also told investigators of how the Levinsons directed him to make payments of close to $50,000 to family members and friends of the pitcher Fernando Rodney from 2010 to 2012 to persuade Rodney to stay with ACES at a time the pitcher was threatening to leave the agency. Those payments would be a violation of union rules.

The Levinsons said the only payment they made was for training and transportation — which are allowed under union rules — and not as an inducement to keep Rodney as a client.

The union had investigated the Levinsons twice before for their possible role in players’ drug use, and each time it cleared the agents. After the second investigation, the union said the Levinsons — and Nez Balelo, another agent who was also investigated over similar claims surrounding Ryan Braun’s positive drug test and cover-up in 2011 — all remained in “good standing.” But it had never talked to Nunez, and it refused to share any of the details of its investigation with M.L.B., angering the commissioner’s office.

Nunez had declined to cooperate with union investigators because he was facing criminal charges at the time. After M.L.B. forwarded his new affidavit to the players association in 2016, the union acknowledged the seriousness of the charges and promised to investigate the Levinsons again.

“Given the seriousness of the allegations made in the affidavit, we will be investigating this matter further under the MLBPA Agent Regulations and we aim to do so in a timely fashion,” the union’s general counsel, David Prouty, said in a letter to M.L.B. in 2016.

The union then told Nunez’s lawyers it wanted to speak with him but under certain conditions, including its insistence that he sign a nondisclosure agreement. After some negotiations about the length of the proposed agreement — the union wanted the time limit to be at its discretion, meaning it could have been in effect forever — Nunez refused to sign it.

On July 27, 2017, an attorney for the union told Nunez’s lawyer it “has decided not to meet with Mr. Nunez at this time.”

Nunez said he has not heard from the union again. He said in an interview with The New York Times that he felt he was doing the union a favor by providing it with information it needed to investigate the allegations against the Levinsons, but he saw no need for him to agree to keep silent.

“If, in fact, they wanted to get to the bottom of it,” said Jose Batista, Nunez’s lawyer, “why could they put so many conditions on interviewing Juan, subject to their own unfair discretion as to whether they will ever allow him to talk?”

Moe Fodeman, an expert on white-collar and internal investigations and a partner at Wilson Sonsini Goodrich & Rosati in New York, said that if investigators are refusing to talk to witnesses who may have information because they will not sign nondisclosure agreements, that can call into question the legitimacy of the inquiry.

“At the end of the day, if the person is the only one with information concerning a serious allegation, there may be no choice but to forgo an NDA if there’s going to be a legitimate internal investigation,” he said.

The union also appears to have declined to investigate Nunez’s claims about how Rodney’s family members were given secret payments in the hopes that they would persuade the player to stay with the agency.

Nunez told M.L.B. that one of Rodney’s cousins, Cila Mabel Hernandez, would confirm the payments. In an interview with The New York Times, Hernandez said she had not been contacted by the union.

Erik Groothuis, Nunez’s attorney in the lawsuit against the Levinsons, said Nunez originally tried to get “justice” through M.L.B. two years before he filed it.

“That didn’t happen,” Groothuis said, “and there’s ACES still getting paid for the players that Juan brought to them, while he is permanently barred from working in baseball.”