The Welshman – who is leaving the club on a free at the end of the season but captained the Gunners at Old Trafford last night – jarred his ankle into the turf early in the second half. 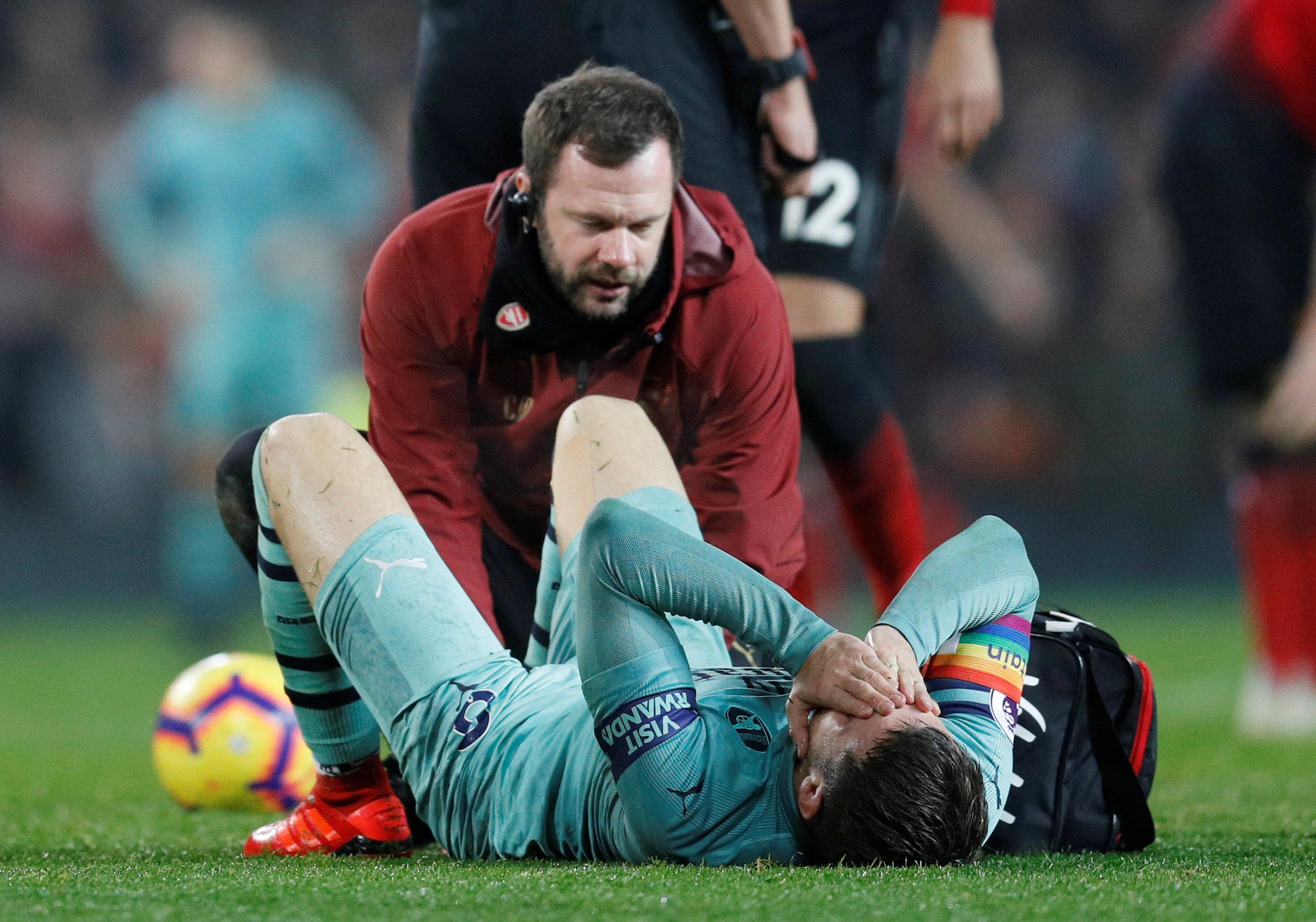 Ramsey was going in for a challenge on Nemanja Matic when his right ankle dug into the pitch.

Both players were floored with Ramsey requiring medical attention.

He was subbed off in the 46th minute with Henrikh Mkhitaryan taking his place.

But despite his apparent discomfort, Emery confirmed Rambo's injury is nothing really to worry about and that he should be fit for the home clash against Huddersfield on Saturday. 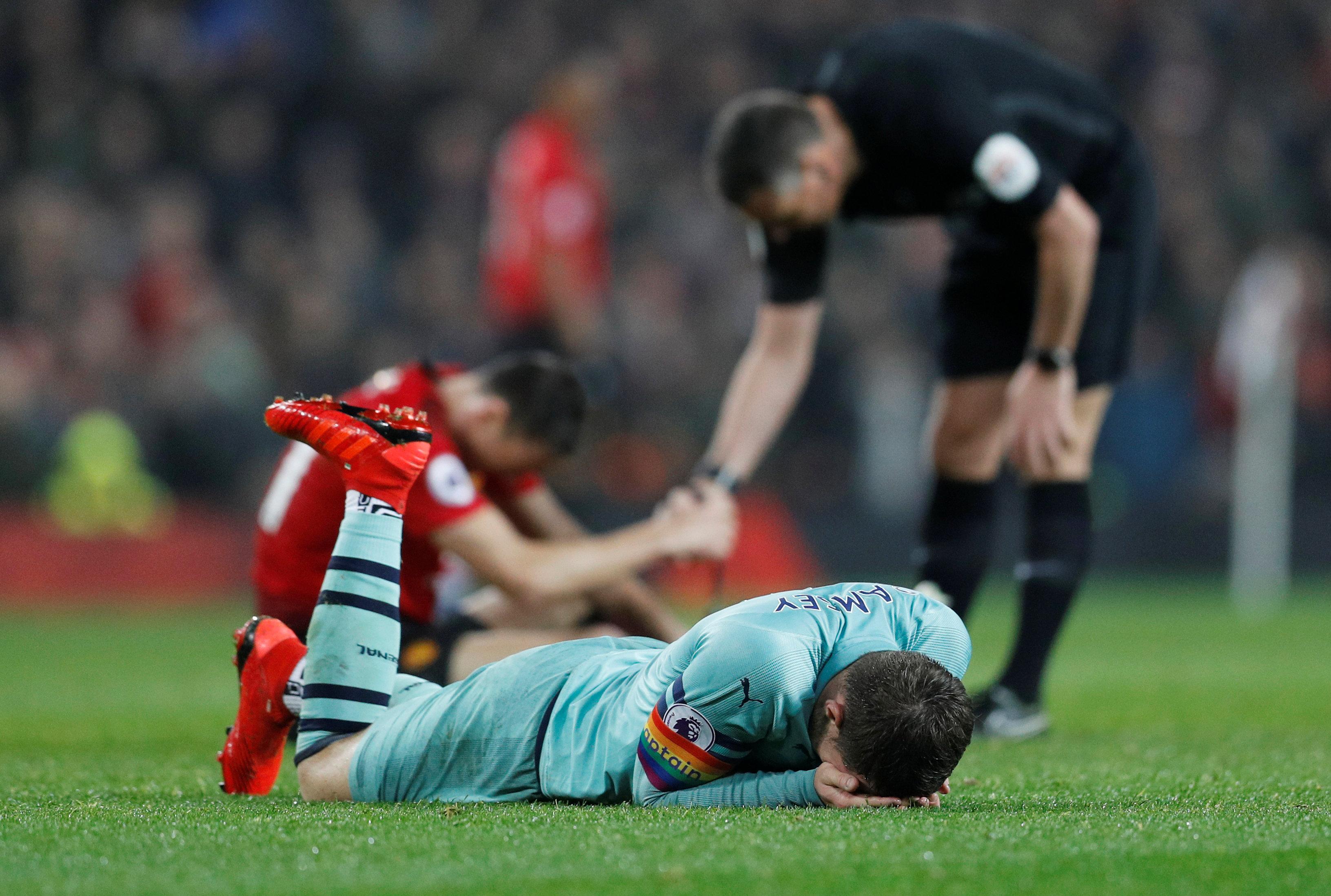 The Spaniard said: "Aaron, I think it is a small injury."

There was no such good news for defender Rob Holding though.

He was taken off on a stretcher in the 36th minute after injuring his left knee.

Holding clutched his left leg as he fell to the ground after a collision with Marcus Rashford, with medics checking him over on the side of the pitch. 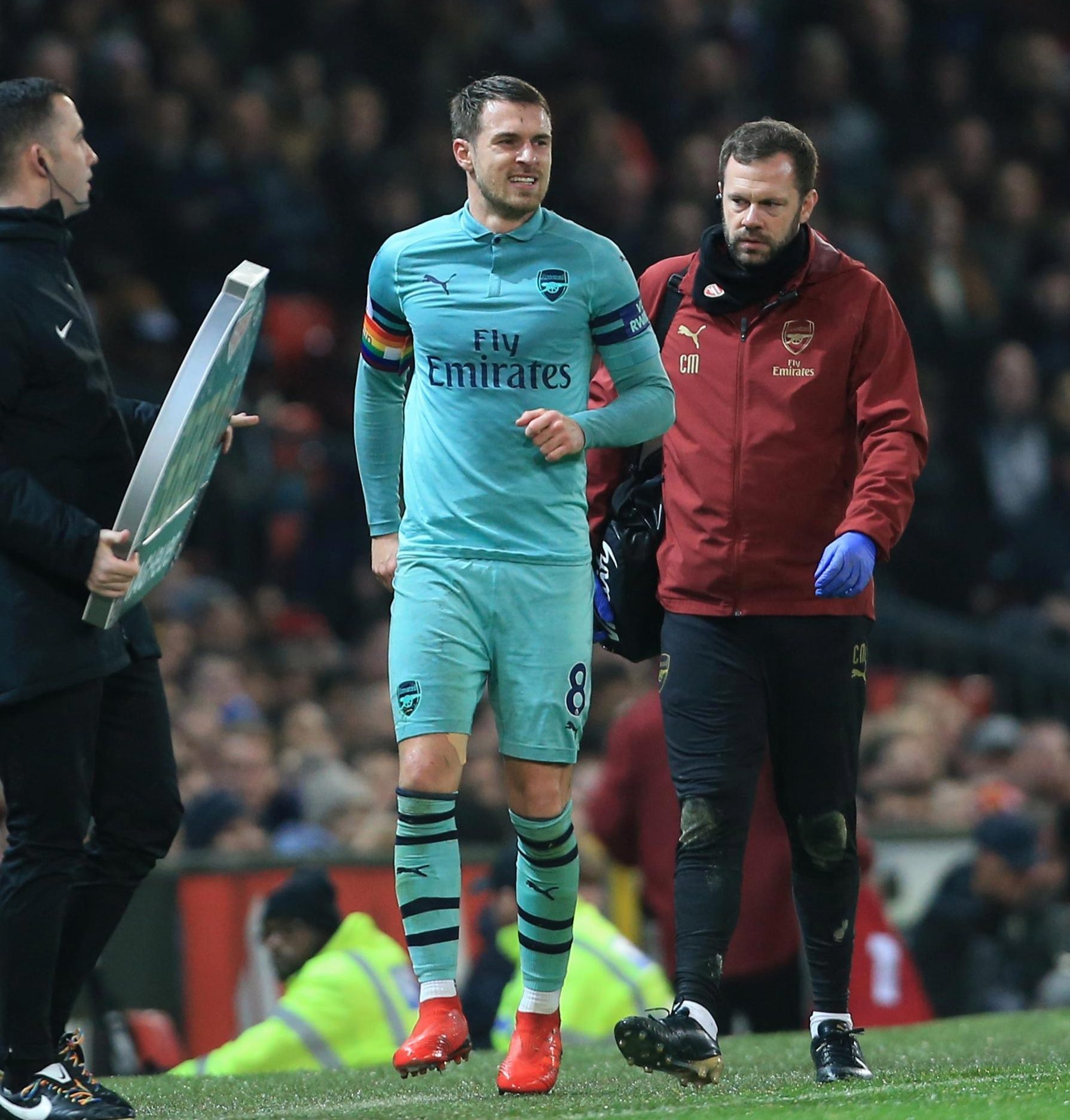 Emery admitted he was worried after saying he was told Holding had a "big injury".

The Emirates boss said: "The worst news is the Rob Holding injury, the doctors think maybe it is a big injury but we are going to wait [to find out], it is his knee."