When the PGA Tour changed the tournament schedule last year, the BMW PGA Championship at Wentworth Club in Surrey, England, was in jeopardy of becoming an afterthought as some of the world’s best golfers would have likely decided to stay in the United States to finish the tour.

But the PGA Tour’s changes moved the FedEx Cup playoffs from September to August, creating a hole for the BMW. So its organizers moved the tournament from a busy May to September, freeing more top players to attend the BMW.

“It’s weird,” Francesco Molinari said last year after winning the European Tour’s second-most prestigious event. “I’ve always played this tournament in May. I think I’ve played it probably 12 or 13 times now, and always in May, so it will be a change. Hopefully, we’ll get even a stronger field than we did this year.”

That is exactly what happened.

Now scheduled for Thursday to Sunday, the field includes more high-profile Europeans and a host of Americans, some of whom would have otherwise missed the tournament.

Andrew Putnam, 30, is among the Americans playing the event for the first time.

“It’s cool,” he said in an interview last week. “I’m still pretty young, and I’m excited to travel to London — I’ve never actually been. There’s also the allure of playing against some of the best players in the world. It’s definitely a reason for me to go over there. This was just a great opportunity.”

The packed schedule translates to more flexibility, he said. “Golf on the PGA Tour is such a yearlong endeavor. We have so many events this fall that it made it easy to skip one and head over.”

The new schedule also allows Americans like Putnam to gain more experience on the European Tour.

“The European Tour has made it lucrative, attractive, and easy for us American guys to get over there and go see different parts of the world,” Putnam said. “I feel like a few more guys are doing it this year, and even more will do it in the coming years.

“I love being over there and playing in Europe to see and do new things,” he said. “The prize money is good as anywhere you go. I feel like the fans are great to play in front of. I played the Scottish and British Open this year and had a blast. It’s a different feel out there. It’s a little more relaxed than some of the PGA Tour events where it’s a bit more of a show.”

“It’s always been a week we highlight on the schedule,” Molinari said in an interview last week.

“It’s the biggest tournament outside of the majors in Europe. There’s tradition. Yes, this year the field is better, but last year and the year before, it was still the best field in Europe. I’m really happy to see a few Americans and a few more Europeans based in America coming to play, but it always felt that it was an important event to me and all the European players.” 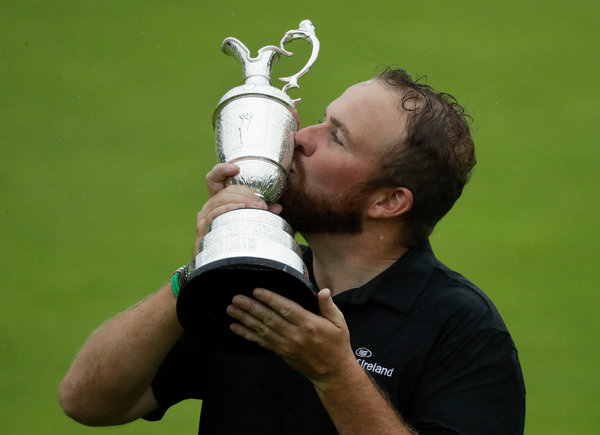 “The BMW PGA Championship is one of my favorite events,” Lowry said when he announced he’d be playing the tournament. “When I first played at Wentworth in 2010, I remember I couldn’t believe how big it was. It felt like playing a major. I’ve had decent success there, and I love the whole area.”

With the move from its traditional May slot to September, the tournament also marks the beginning of the qualification campaign for the 2020 Ryder Cup.

“Wentworth is obviously the start of Ryder Cup qualification, too, and it’s been no secret that is now my main goal for the next 14 months or so,” Lowry said. “Hopefully, I can play well, pick up some Ryder Cup points and give it a good run next year.”

A band of Americans making their debut adds additional luster to the tournament. The players, including Patrick Reed, Billy Horschel, Tony Finau and Andrew Putnam, will be looking to become the second American to win the event since Arnold Palmer won in 1975.

“It’s great that the changes to the schedule this year mean we will have the chance to come over to Wentworth to play in the BMW PGA Championship for the first time,” Horschel said in July when the Americans announced they would play.

Reed’s popularity has surged in Europe since earning the nickname Captain America at his first Ryder Cup. The 2018 Masters champion has an honorary life membership to the European Tour, along with three other Americans: Jack Nicklaus, Arnold Palmer and Tom Watson.

“I always enjoy playing in Britain, and the fans are always great, so it will be fun playing in the BMW PGA Championship for the first time,” Reed said in a statement. “Wentworth is an iconic venue, and it’s one of the best tournaments on the European Tour, so I’m looking forward to it.”

Graeme McDowell, a player from Northern Ireland, said that the course was part of the tournament’s draw.

“This golf course was not a favorite among the players, and they have managed to really dig in and get it right this time,” McDowell said at last year’s event. “The bunkers are great, and the greens are running spectacularly well. I think the flagship event of the European Tour requires a golf course that the players appreciate, and I think we have that now. The golf course is in as good of shape as I’ve ever seen it.”

“It’s similar to the courses I grew up playing in the Northwest — tree-lined links-type course,” he said. “I’m looking forward to playing that kind of course.” 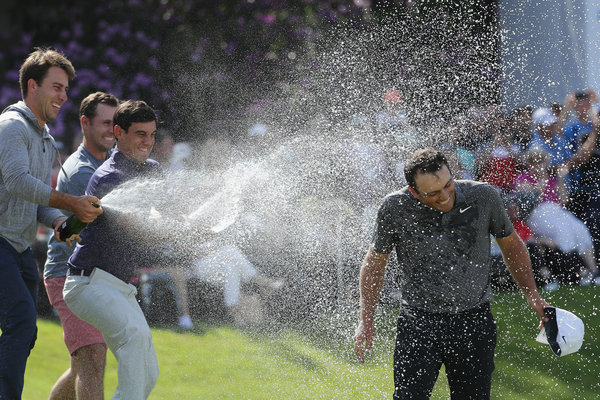 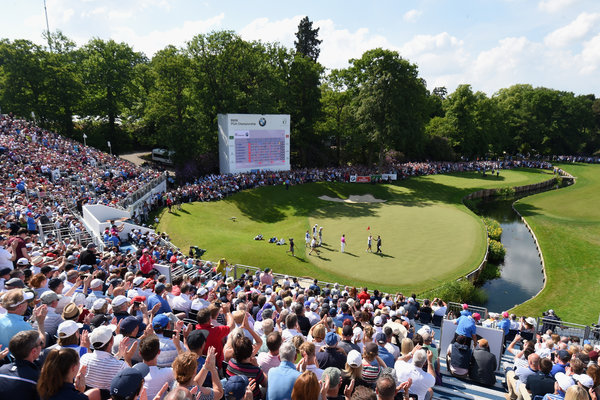