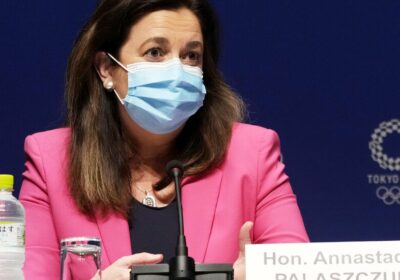 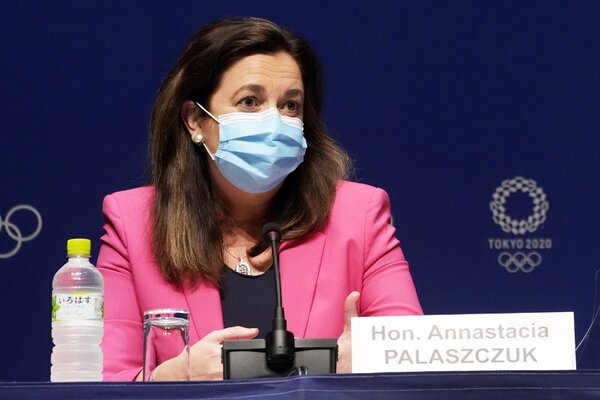 The male Australian Olympic official who secured the 2032 games for his country rebuked a leading female politician and insisted that she attend the opening ceremony in Tokyo, prompting disbelief and outrage in Australia.

The awkward exchange occurred in front of television cameras on Wednesday night at a news conference after Brisbane, the capital of Queensland, was confirmed as the host of the 2032 Games.

John Coates, the president of the Australian Olympic Committee, told Annastacia Palaszczuk, the premier of Queensland, that she could not spend her time “hiding” in her room.

Palaszczuk, 51, had traveled to Japan to secure the bid and drawn criticism at home, because most Australians are unable to leave or return to the country because of coronavirus border restrictions. She had previously promised not to attend any Tokyo Olympics events.

Coates, 71, took issue with that, telling her at the news conference: “You are going to the opening ceremony. I am still the deputy chair of the candidature leadership group. So far as I understand, there will be an opening and a closing ceremony in 2032.”

He extended his insistence to other Queensland politicians who had come with Palaszczuk, and said: “All of you are going to get along there and understand the traditional parts of that, what’s involved in an opening ceremony, so none of you are staying behind and hiding in your rooms, all right?”

Palaszczuk declined to say why she would not attend the ceremony. Coates, a vice president of the International Olympic Committee, pressed her, saying, “You’ve never been to an opening ceremony of the Olympic Games, have you?”

After Palaszczuk shook her head, Coates continued to insist: “You don’t know the protocols.” Because Olympic opening ceremonies are a major responsibility for organizers and cost $75 million to $100 million to put on, Coates said, “it’s my very strong recommendation” that Palaszczuk and other officials attend.

In an interview with the Australian Broadcasting Corporation on Thursday morning, Palaszczuk downplayed the exchange, saying that Brisbane was “now a part of the I.O.C. family, and I’m just going to do what John Coates said.”

She added that Brisbane would not have been selected as 2032 host “if we didn’t have John Coates.” But when asked directly whether she would attend Friday’s opening ceremony, she said she did not want to offend the I.O.C. or the Japanese government, and said, “I’ll let them sort that out.”

Asked in an interview on Thursday morning whether he had “overruled” Palaszczuk, Coates chuckled and said: “Yes, I did do that.” Hours later, he released a statement saying that Palaszczuk would attend the ceremony but that it “has always been her choice,” and that his comments at the news conference had been “completely misrepresented.”

The exchange drew outrage in Australia, with online commentators labeling Coates’s behavior “appalling” and “arrogant” and asserting that he would not have made the same comments to a male premier.

Leigh Russell, a former chief executive of Swimming Australia, wrote on Twitter: “This is disgusting. And yet another example of how women are treated in sport.”

“What a condescending, patronizing man,” Jane Caro, a feminist commentator, tweeted. “How dare he tick off the Premier of Queensland publicly as if she was a naughty schoolgirl?”

The Australian Olympic Committee did not immediately reply to a request for comment.