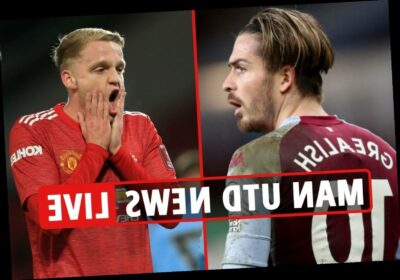 MANCHESTER UNITED defeated West Ham in the 5th round of the FA Cup thanks to Scott McTominay's goal.

However, club legend Mark Hughes claimed that Donny van de Beek's Red Devils team-mates do not yet trust him.