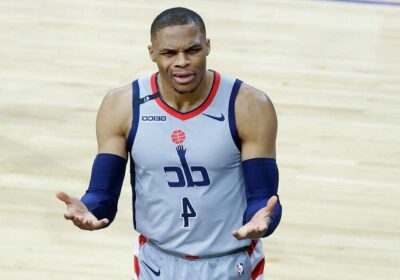 The most notorious fanbase in sports strikes again.

A Philadelphia 76ers fan dumped popcorn on Russell Westbrook as the Wizards star made his way into the locker room after suffering an ankle injury in the fourth quarter of Wednesday night’s game in Philadelphia.

The 32-year-old Westbrook had to be restrained from going after the unidentified fan, who was ejected from Wells Fargo Center.

Westbrook struggled, scoring 10 points on 2-for-10 shooting with 11 assists.