Read all this plus more transfer gossip and the latest news from West London. 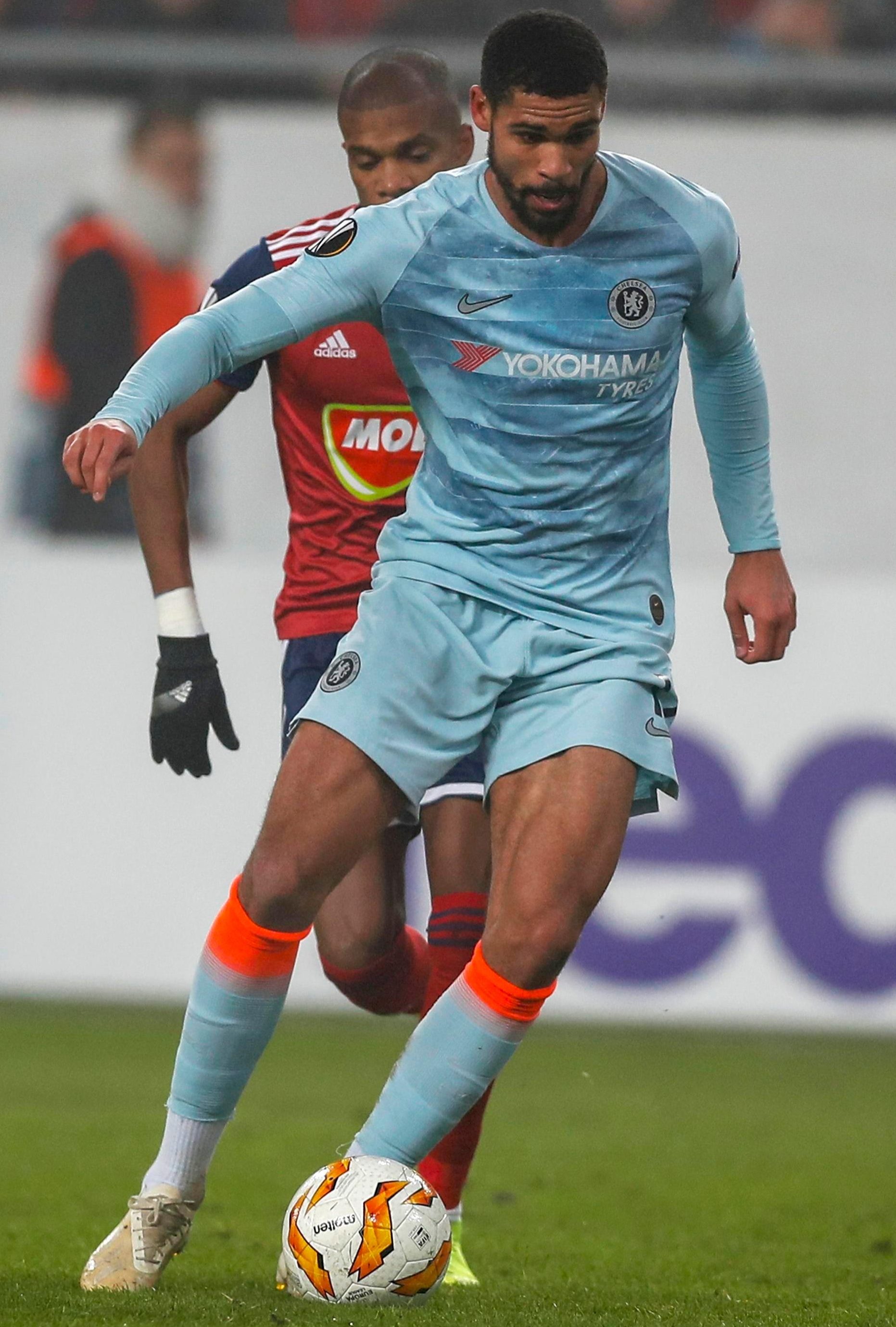 BARCELONA are increasing their interest in Andreas Christensen with the Danish international struggling for game time.

The centre-back has fallen down the pecking order under Maurizio Sarri and could find more time in Catalonia.

EVERTON fans are hoping their attire will give them a bit of luck with its similarities to Chelsea's kit.

Maurizio Sarri's Blues are the only side to beat Man City this season – after Pep Guardiola's men lost last week.

The Blues have struggled with the likes of Alvaro Morata and Olivier Giroud up front – but the England international has eight goals this season, more than the pair combined.

BLUES VS SEAGULLS
EDEN HAZARD is among the star names to return after being rested in the Europa League tie against MOL Vidi.

But Alvaro Morata is a major doubt with a knee injury.

BOURNEMOUTH will go head-to-head with West Ham for Chelsea’s Ruben Loftus-Cheek in January.

The Cherries are keen to take the England international to the Vitality Stadium to boost their chances of European football next season.

CHELSEA are set to ‘re-educate’ their fans in an attempt to drive racists off their terraces.

Certain supporters caught singing anti-Semitic songs will be offered the chance to learn the full impact of the ‘Y’ word on a no-holds-barred course designed to stop re-offending.

Uefa are waiting for the delegate's match report before deciding what to charge the Blues with and discriminatory chanting would almost certainly lead to some type of section closure.

MICHY BATSHUAYI is set for a January return to Chelsea after spending six months on loan with Valencia.

The Belgian has failed to impress bosses at the Spanish club and Maurizio Sarri may now need to decide whether to integrate him into his squad or loan him out again.

JORDI ALBA would like Barcelona to sign Alvaro Morata, despite the Spaniard disappointing in his 18-month spell at Stamford Bridge.

The Nou Camp has recently been awash with rumours that either the ageing Luis Suarez or the ill-disciplined Ousmane Dembele could be on their way out in the near future.

THE CHEEK OF IT

AC MILAN are lining up a double January swoop for Cesc Fabregas and Ruben Loftus-Cheek.

Maurizio Sarri wants to keep young England star Loftus-Cheek but the Rossoneri are determined to shore up their midfield after a dismal Europa League exit to Olympiakos.

ALVARO MORATA limping off injured in Chelsea's dead rubber with Vidi is exactly what Maurizio Sarri did not want to see – and it leaves him with a bit of a headache.

Will it force his hand in the January sales, will he play Eden Hazard up front more? Read our verdict here.

MANCHESTER UNITED, Chelsea and Liverpool have reportedly been given the green light to bid for Christian Pulisic next month.

The Mirror claims the Borussia Dortmund star is a wanted man after losing his place in Lucien Favre's starting XI to Jadon Sancho.