Read all this plus more transfer news, views and gossip from Stamford Bridge. 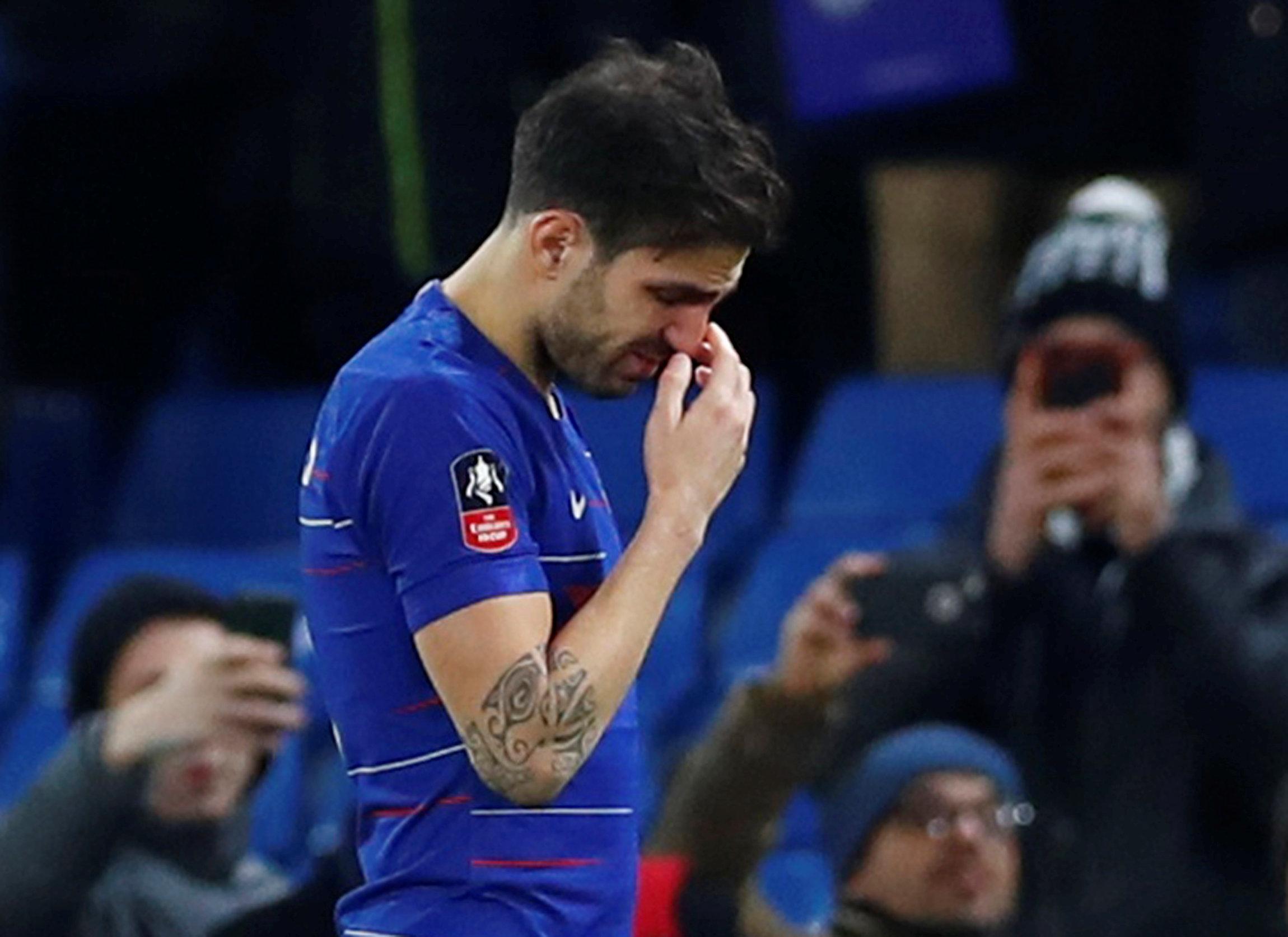 CALLUM HUDSON-ODOI'S transfer has left Chelsea and Bayern in a stand-off over a fee for the youngster.

The German giants are still waiting for a response to their £30m bid for Odoi, but the Blues worry that selling their talent will make a negative statement.

CHRISTIAN PULISIC insists 'Sarriball' will "fit him well" and played a part in his decision to sign for Chelsea.

The forward is also relieved his Blues switch is over and revealed Stamford Bridge had always been his favoured destination.

BUNDESLIGA-bound Callum Hudson-Odoi had an unusual duty of ejecting a pitch-invading burger from Chelsea’s FA Cup clash with Nottingham Forest.

The youngster started for the Blues on Saturday, but his future remains unclear as Bayern Munich are desperate to land the 18-year-old winger.

RUBEN Loftus-Cheek looked devastated as he was limping off the pitch injured in the
2-0 victory over Nottingham Forest.

He was replaced by Eden Hazard five minutes before half-time with what appeared to be a recurrent back injury.

Cesc Fabregas left the Stamford Bridge pitch in tears as he played his last game for Chelsea ahead of a January move to Monaco.

The Spaniard captained the team in the Blues' 2-0 FA Cup win over Nottingham Forest, but his farewell turned sour when he missed a penalty in the first half.

CHELSEA have made the first bid for Italian sensation Nicolo Barella, offering £45million for his services.

The Blues recently shelled out £58m to sign Christian Pulisic – but will face competition from Inter Milan and Napoli for the Cagliari midfielder.

Striker Morata is under pressure again having scored just one goal in the past two months and appears generally downcast.

Spaniard Morata has struggled for goals since joining the Bluies from Real Madrid – whilst Stamford Bridge chief Maurizio Sarri tried to sign Argentine Higuain in the close season.

TRIO ON THE GO?

MUCH of the talk surrounding Chelsea this season has been about Eden Hazard.

The Belgian forward’s contract at Stamford Bridge in 2020 and the club are sweating as he is still yet to agree an extension. But here we look at what could be next for three experiences Blues stars whose contracts run out this summer – Cesc Fabregas, Olivier Giroud and Gary Cahill.

MARK YOUR CARD FOR MOVE

MARKO ARNAUTOVIC'S is the lowest price ever to join Chelsea.

West Ham's talisman's odds were slashed from 6/1 to just 6/4 to join the Blues.