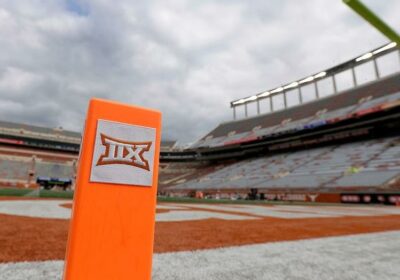 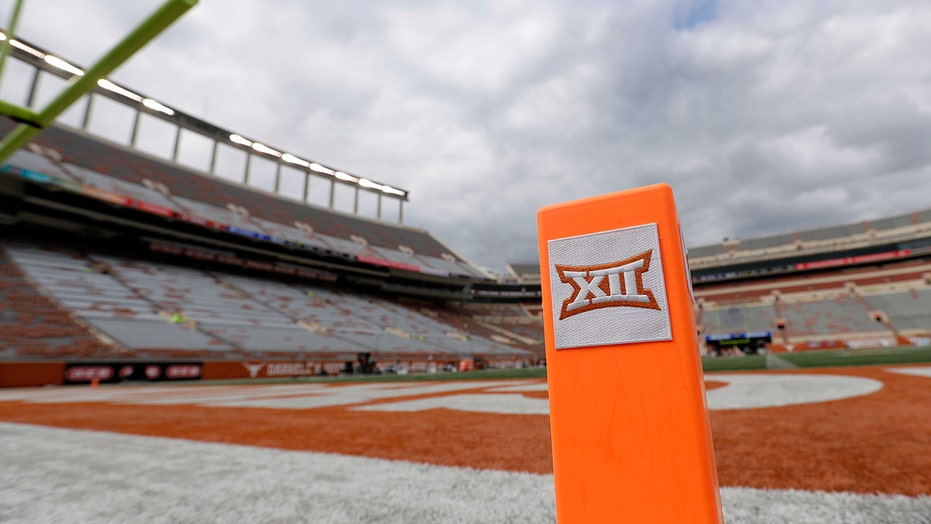 While mainstream college football sites are busy preparing their “Best Games of 2021” lists that are pretty much carbon copies of previous lists, plus a few new out-of-conference matchups, I’ve set out to create a list for those who are looking for tailgating destination games. This is a list for people who show up for the atmosphere, the party, the pageantry, the people watching & it helps if the game has some significance.

This is a list for guys out there who want to see the world and aren’t married to their favorite college football team.

Iowa at Iowa State, Sept 11. – This game was a massive party BEFORE the Cyclones got good. Now we’re talking about an Iowa State game that finished the 2020 season at No. 9 in the AP Top 25 and has its quarterback, running back, tight end and head coach Matt Campbell back and coming off a Fiesta Bowl win. If you like to suck down Busch Lights and vodka like the infamous Iowa fan Vodka Samm — who blew a .341 at a Hawkeyes game against Northern Illinois — then this is a can’t miss in 2021. Bonus: Iowa isn’t locking down due to the ‘VID. The current get-in price is $220. That should tell you everything you need to know. This one is going to be electric. Keep in mind, the Cyclones haven’t beaten Iowa since 2014. The goalposts are in jeopardy here.

Oregon at Ohio State, Sept. 11 – Trust me, people in Ohio are not happy that this is a noon kickoff. They clearly saw this as a primetime game which would’ve meant much more time to get sauced up at an early September game, but let’s take the good with the bad here. The bar scene will be insane for this one. You’re talking about a huge unofficial homecoming event for people who weren’t allowed to attend OSU games in 2020. This isn’t like Texas or Notre Dame coming to town. The hysteria won’t be as ratcheted up as when those schools have come to town in the past, but it’s still corporate Nike bringing in its corporate team to face Nike’s Midwestern cash cow. Add in people who have been deprived of their Buckeyes for way too long and this is exactly the convergence needed to create a fun atmosphere.

Cincinnati at Indiana, Sept. 18 – Are you 18-28? This is your game. Go ahead and make travel arrangements. Figure out which couch you’re crashing on. This is what I would consider a seltzer people-watching game. All the suburban Cincinnati moms who have kids at IU will be there suckin’ down their Trulys and Claws. We’re talking about a huge bragging rights game. We have the Cincinnati blue collars, who sent their kids to UC, vs. the Cincy elites and their IU kids. We have Kevin in Loveland who’s never seen his Bearcats beat IU & Brody in Deer Park wasn’t even alive the last time these schools played a football game.

This is the type of game where I like to have a home base but then splinter off with a 12-pack iced in a shoulder cooler. Walking around beers. And then it’s off to the tailgating zone to see suburban Cincy families punching each other before the noon kickoff.

Game note: The cheapest get-in price you’re going to find from a five-star tailgating game this season. The current price is $36 on StubHub. That’s tempting me…bad.

Auburn at Penn State, Sept. 18 – Penn State was already one of those tailgating destinations that the experts swear by. Throw the big, bad SEC into the mix and the Penn State fans who have been sitting in their basements for the last year or so will be all jacked up. The problem here is that Pennsylvania could become a delta variant casualty due to a Dem governor who is hellbent on proving he’ll do the exact opposite of Ron DeSantis just because he’s a coronabro who’s willing to crush State College’s economy one more time if it means owning DeSantis.

For that reason, I’d be very cautious buying tickets at an inflated price. Make sure the hotels allow cancellations and don’t be shocked when Wolf orders attendance reductions.

Notre Dame vs. Wisconsin (at Soldier Field), Sept. 25 – I put on 15 pounds just thinking about this game, the food, the beer, the cheese, the liquor and desserts. This is a tailgating destination game home run. Unlike some out-of-conference games, both sides here like to party. And Wisconsin isn’t coming to Chicago to hold back, especially when the Badgers haven’t played Notre Dame since 1964. This is the atmosphere that tailgating dreams are made of. It feels like a great opportunity to roll into the tailgating lots around Soldier Field and try not to cry while taking it all in.

Now for the bad news — Mayor Beetlejuice could drop the delta variant hammer at any time. Again, you better have your head on straight if you’re going into one of these blue states for tailgating this fall. Yes, Beetlejuice needs the influx of tax dollars, but she also has to keep up with the woke agenda and we’re talking about sports here and the wokes really hate the thought of jocks invading their woke utopias.

Don’t say I didn’t warn you.

LSU at Ole Miss, Oct. 23 – This is as good as it gets, folks. The Granddaddy of Them All. The Shangri-La of tailgating. Heaven on earth. If you’ve never been to Oxford for a huge game, do yourself a favor and take the plunge. Reserve a hotel room 60 miles away. Sleep in your car. Rent an RV. Just go experience The Grove and one of the best college atmospheres ever drawn up by the football gods.

My father and I have been twice and would go yearly if it were a tad more accessible for someone in Ohio. My advice: Stroll through the Grove & there’s a very good chance the locals will recognize that you’re a gameday virgin and they will draw you into their party. Then it’s time to buckle up as the LSU fans roll in and cause all sorts of hell-raising.  Just make sure you don’t dress like a complete slob. Respect the tradition.

Don’t worry if Ole Miss loses a couple of games before this showdown. That will have zero bearing on the atmosphere.

Georgia vs. Florida, Oct. 30 (Jacksonville) – This is the game that remains high on my to-do list, but the Gators have been such a disaster over the last few years that I scrapped the idea until they got good. Now it’s a 5 vs. 11 game in the preseason coaches poll and it’s in Jacksonville, where there’s zero chance DeSantis pulls a Beetlejuice move like up in Chicago. If you’re like me and have been waiting to pull the trigger on a Cocktail Party trip, this is your moment.

Besides being a huge party, this is a primo people-watching trip. How do I know? People have been sending me content from this game for a decade. I have dreams about putting in 20k steps documenting it all.

Florida at LSU, Oct. 16 – Like Ole Miss, Baton Rouge should be on your bucket list and it should be a game in October when you won’t fry. That means this year’s game to attend has to be the Florida showdown. Keep in mind, the delta variant situation could play a huge factor in what will be allowed on the campus. In a perfect world, you’d be dropping into what is my favorite scene in college football. Sorry, Ole Miss fans. I might have some Cajun blood in my system because this place speaks to me. You’re going to see things here that are unique to LSU fans, like the guy who has the casket cooler.

Alabama at Texas A&M, Oct. 9 – This is the game I have circled. This is the one A&M students have circled. This is the one that A&M boosters who paid Jimbo Fisher a fortune have circled. This is the game where all that hard work creating an insane tailgating bar pays off. I was in College Station for a 2016 game against Tennessee, and I have to say it was a tailgating atmosphere that doesn’t get nearly the credit it deserves. There is a woods next to the stadium where it’s just a free for all, or it was five years ago. Take a cooler, find a bench, you have a tailgate. I’m told by a reader that the move for out-of-towners is to just walk into a tailgating area and introduce yourself. Say you’re in town to get the ultimate experience and these Texans will welcome you in with open arms.

Louisiana-Lafayette at Georgia Southern, Sept. 25 – What are these two teams doing on the list? I’m told by my GATA professor friend that this is tailgating heaven on earth and that there aren’t many schools out there that go as hard as Ga. Southern. The home schedule isn’t the best with App State not coming to town this season, but there is this massive matchup with No. 23 Louisiana-Lafayette looming.

How wild is Statesboro? Wrestling barroom brawls are common, according to the locals. They tell me I need to go to the Blue Room and get the full experience. Keep in mind, Georgia Southern is always at the top of national party school rankings.

*Disclaimer: I know you want to tell me how great Georgia-Clemson in Charlotte will be. I completely disagree. Clemson fans are easily the most boring top-10 team fans in the country and it isn’t even close. Have you ever watched Clemson fans during GameDay? I’m not sure some of those people have an excitable bone in their bodies. UGA fans will dominate the Charlotte scene and it won’t even be close. Plus, the game isn’t on a campus. I can’t have one school bringing boring fans to a neutral site location. At least in Chicago, the Wisconsin and Notre Dame fans will go hard.

And then there’s Alabama-Miami in Atlanta. Have you ever been to the Mercedes dome? Have you walked around outside the dome? Hard pass. I’d gladly take the campus experience in Bloomington, IN over the Atlanta environment 10 out of 10 times. That said, the people watching in Atlanta should be decent. Bama fans will be coming out of hibernation, which should result in premium content.