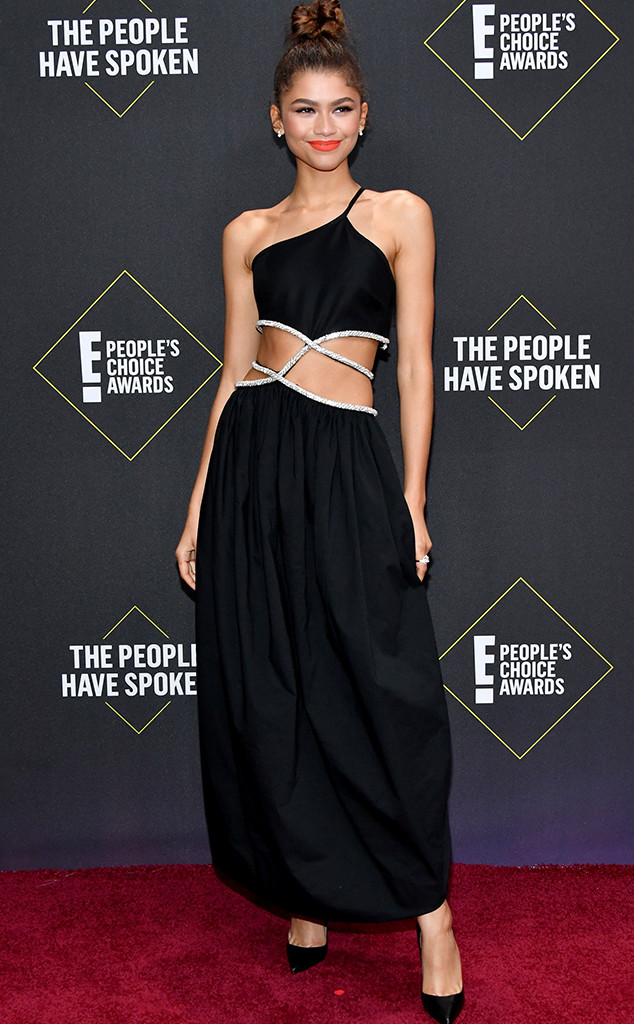 Zendaya is having a moment. But then again, when is she not? The Euphoria actress arrived to the 2019 People’s Choice Awards in true style. She wore a floor length Christopher Esber dress with just a little bit of midriff showing. The glamorous look was courtesy of stylist and bonafide genius Law Roach.  She’s the queen of sexy and sophisticated, and it’s safe to say she absolutely slayed this red carpet.

“It’s a relatively new designer,” Zanna Roberts Rassi shared about Zendaya’s dress on E! Live From the Red Carpet. “They pride themselves on finding new talent. Discovering the undiscovered.” Zendaya has become quite the fashionista in the last few years and is slowly becoming a staple of most best dressed lists.

No one will forget her green dress that stunned on the red carpet of the 2019 Emmy’s earlier this year.

The actress has had a standout year with the success of her HBO show Euphoria, but it’s her Fashion Week looks earlier this year that garnered the most buzz. She’s as comfortable on a carpet as she is in-front of the camera, and on night’s like these, she definitely proves it.

We can’t wait to see what iconic styles she has planned for the rest of awards season.