Home » Lifestyle » Zachary Wohlman, Boxer Known as Kid Yamaka Who Was Profiled in We Fight, Dead at 32

Zachary Wohlman, Boxer Known as Kid Yamaka Who Was Profiled in We Fight, Dead at 32 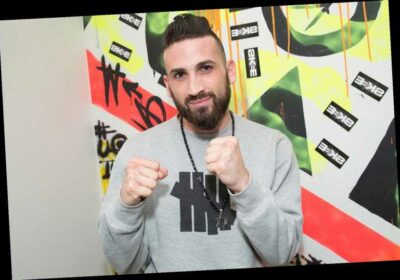 Zachary Wohlman, the boxer known as Kid Yamaka, has died. He was 32.

The sportsman's cause of death has not been revealed.

Wohlman's wife Serafina shared an emotional tribute to her late husband on Sunday.

"My saviour, my love, my Angel, my husband, the biggest pain in my butt. I can't believe my world has stopped and you're not here with us anymore," Serafina began the Instagram caption, sharing several photos with Wohlman. "You were changing the world, one person at a time. With great honour and privilege has it been to be by your side through the hell and high water."

"A talented man, yes you were. A man with demons, yet shared the love of angels," she continued. "You changed so many peoples lives all the f—ing time. Always giving the shirt off your back to anyone that asked. You have built a legacy that has out lived you, children will have a place to call home because of you and for many years to come." "You were meant for me as no one as crazy would have done what we've been able to do in the past years. The way you loved me was astronomical, the way I loved you was even bigger," she continued. "This is by far going to hurt like no other. I feel you all over me and when I close my eyes, all I can see is you."

"Kid Yamaka, Zachary Wohlman, you are forever with me, I can't believe I'm not going to hear your voice or feel you in this life. I know you're looking over me right now, I can hear you saying it's going to be okay, but it doesn't feel like that. I can hear you telling me that I'm going to be f—ing great but my world is changed forever. I'll see you on the other side."

A representative for Wohlman did not immediately respond to PEOPLE's request for comment Monday.

Wohlman appeared in the Emmy-nominated ESPN+ docu-series Why We Fight. The first season of the series featured Wohlman, his training and his struggles with opioid addiction, according to Deadline.

"I'm in love with what I do," Wohlman — whose boxing moniker, Kid Yamaka, is a nod to his Jewish heritage — told LA Weekly in 2012. "I will find a boxing gym wherever I am at and I will be in there."

"I don't remember anything, really, before I started boxing. I feel like it's God's way of doing me a favor," he said of the sport, adding later in the interview, "it's heaven."

"So deeply saddened with the passing of a very loved member of our Wild Card Boxing family-friend, brother-Zachary 'Kid Yamaka' Wohlman," Roach wrote. "Love and support to the Wohlman family and to all affected. We love you, Zach. You will never be forgotten. Rest In Peace @ZacharyWohlman"