Your Daily Horoscope for Thursday, September 5 You’ve been a picture of productivity and your efforts haven’t gone unnoticed. Today though there’s nothing wrong with throwing fun and play into the mix at work. I’m not suggesting a sit down, tell-all but get to know colleagues on a deeper level by ditching the small talk. Similarly, if you’re meeting a client gain trust and break the ice with a personal touch and by revealing something about yourself. 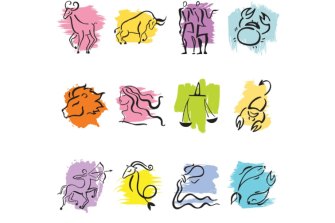 Self-sufficiency is something you pride yourself on but today you may feel needy. Bear in mind that even those closest to you aren’t mind readers and that you have a great poker face. Therefore, it’ll be hard to know if you’re up for a cuddle or soothing words when you’re stoic and tight-lipped. Let your guard down a little so that others can read cues without you having to spell it out.

A poorly timed comment by someone with whom you’re in contact on a regular basis may leave you hurt or rattled. Keep in mind that you’ll be more sensitive, and perhaps it wasn’t a cruel dig but an overreaction on your part. If it isn’t a comment it could be lack of praise or appreciation that frustrates you. Remedy emotional bruises by getting work out of the way and make room for decompressing me time.

You’ll have loads of energy at your disposal to plough through daily tasks. It’s important though to prioritise and not bite off more than you can chew otherwise you’ll go from feeling efficient to disorganised. Focus on what you have done and are doing rather than the next task on your list. It’s also important you listen to suggestions from others even if you think you have a better method.

You’re usually pretty confident of your footing and abilities. Today though, you may be riddled with self-doubt. Don’t see any wavering confidence as a weakness – it may be your intuition trying to tell you something. If you are unsure of your next step take some time to regroup and think of others way to achieve your goals or go about things. Self-imposed delays will be a blessing in disguise.

Offer feedback only when it’s asked. Face it, most of the time you are right, but unsolicited advice could be badly received so it’s best to be a sounding board rather than a know-it-all. There’s another reason it’s best to keep your lips zipped and that’s because ruler Mercury that prompts open communication and feisty Mars merge in your sign which is likely to give your words a spiky edge.

Relax, retreat and rejuvenate. If you’ve been feeling depleted, which is likely since you’re the kind of person that puts your needs on the backburner while catering to others, today put everything aside that isn’t urgent and look after yourself. If you have work today get it out of the way as quickly as possible (without being too slap dash) so that you can tend to your emotional and spiritual wellbeing.

Don’t jump to conclusions, Scorpio. You may be rather touchy today thanks to the emotive moon in your sign and prone to taking things the wrong way. We both know that you’re capable of holding a grudge until you can ice skate in Hades so get your facts straight before making a judgment call. If you are too clouded by emotions step back and take a day or two to regain some perspective.

Don’t be intimidated by vocal rivals. You have just as much cred and experience as they do, it’s just that some are willing to blow their own horn. Level the playing field by getting the self-promotion wheels in motion but also be prepared to walk the walk. The competition may be fierce but you have the goods so come out with canons blazing. You also have the gift of the gab – use it!

Get ready to blow people’s minds! The stars are bringing out your inner visionary giving you the ability to think big. Colleagues and bosses will be only too willing to listen and although it may not be quite complete the gist of your concept will be inspiring enough to get everyone on board and excited. Just make sure you do your research so that you can answer as many questions as possible.

Your success and ability to stay out of trouble will hinge on making wise choices. Temptation could lead you to accept an offer, flirt with danger … or a person or just plain lead you astray. Maintain your focus and summon every ounce of willpower to make it through the day without erring and you’ll heave a huge sigh of relief. Hindsight will also reveal a massive mistake you managed to avoid.

You’re a lover, not a fighter and under today’s affectionate influence you’ll want to connect with all and sundry. You’ll also want everyone to kiss and make up. Although most people will find your form adorable and endearing don’t try to push for other people’s reconciliation. Spread the love and sunshine and it will wear off on others. Keep the main load of your devotion for partners. They will appreciate it the most!