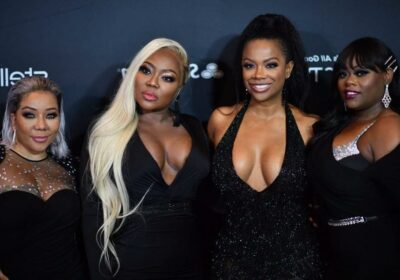 Xscape emerged on the scene in the early ‘90s with a sound of their own. And with hit songs like “Who Can I Run To” “Understanding,” and “The Arms of the One Who Loves You,” the powerhouse group took the industry by storm with their amazing harmonies and industry-defining sounds.

“Xscape is one of the most notable R&B supergroups of all time. Their powerful vocal harmonies laid the foundation for ‘90s R&B and some of today’s chart-topping hits,” said Connie Orlando, EVP Specials, Music Programming & Music Strategy. “Their sound is undeniably unique and masterful. We look forward to honoring these multi-talented artists collectively on R&B’s biggest stage, Soul Train Awards.” 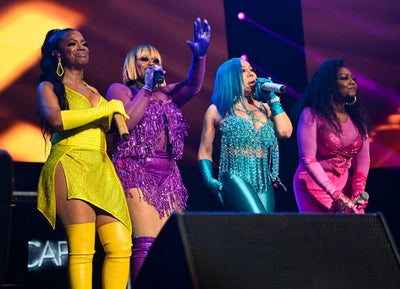 Formed in 1991 by above-mentioned women along with Tamera Coggins-Wynn (who left the group the following year), Xscape was eventually discovered by Jermaine Dupri who signed the group to his So So Def label. The group released their debut album Hummin’ Comin’ at ‘Cha in 1993, and since then, Xscape has sold more than 7 million records worldwide. Beyond gracing the soundtracks of box office hits such as The Mask, Big Momma’s House, Hardball, Love Jones, and Soul Food, their music has been sampled by the acts including 21 Savage, Summer Walker, Anderson .Paak, The Game, and more.

“Given how important Soul Train is to all of us, we’re so thankful to be honored with the ‘Lady of Soul’ Award this year,” Xscape said in a statement. “It’s going to be an amazing night, and we can’t wait to see you all there.”

Orlando will oversee the annual show and executive produce with Jamal Noisette, VP, Specials & Music Programming. Jesse Collins, CEO of Jesse Collins Entertainment, will serve as Executive Producer of The Soul Train Awards along with Jeannae Rouzan–Clay and Dionne Harmon.

BET Soul will join Soul Train Awards 2022 celebration by dedicating a full hour to a collection of Xscape music videos. Watch many of their iconic music videos, including Lady of Soul list of songs on October 28, at 5 PM ET.

The Soul Train Awards 2022 presented by BET will air Sunday, November 27 at 8 pm ET/PT on BET and BET Her. See the full list of nominees here.