A woman who hated her ‘Pinocchio’ nose has revealed how she had to spend over £13,000 to fix her profile – after her first surgery was ‘botched’.

Sophie Morris, 27, from Worcester, explained how she spent £3,500 on a nose job after years of feeling self-conscious about her nose.

However, Sophie was left with a visible dent in the bridge of her nose, and an ‘inverted V’ deformity, where the lower end of the nasal bones could be seen connecting to the cartilage.

The events manager then spent £10,000 on a second nose job to correct the problems, but admits she regrets ever having plastic surgery. 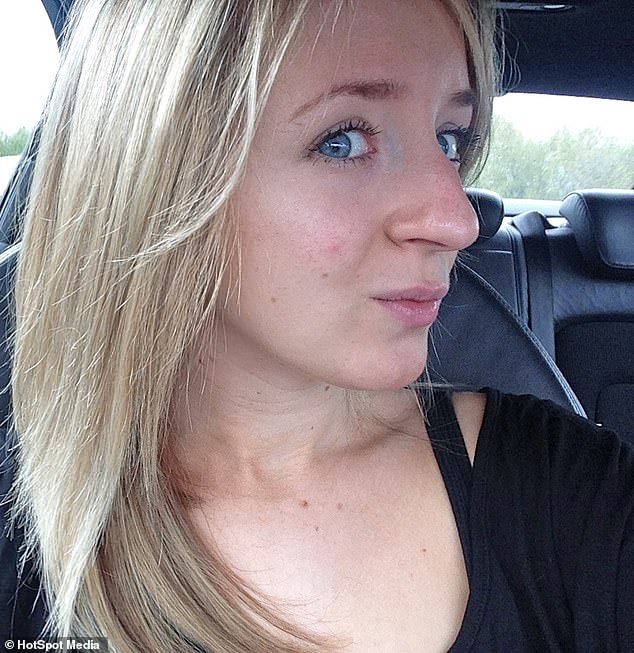 Sophie Morris, 27, from Worcester, (pictured before her surgery) explained how she hated her nose for years, after being branded ‘Pinocchio’ by classmates at school

Sophie said: ‘I regret having it and want to warn others that complications can happen during rhinoplasty.

‘You see celebrities on Instagram having nose jobs and making it seem as though it’s a quick fix, but they can have serious consequences. It’s better to just love yourself as you are.’

Sophie explained how she had always hated her nose and at the age of 13 was branded ‘Concord’ and ‘Pinocchio’ by classmates.

‘I hated my nose because I thought it was really big and it looked bent,’ she explained. 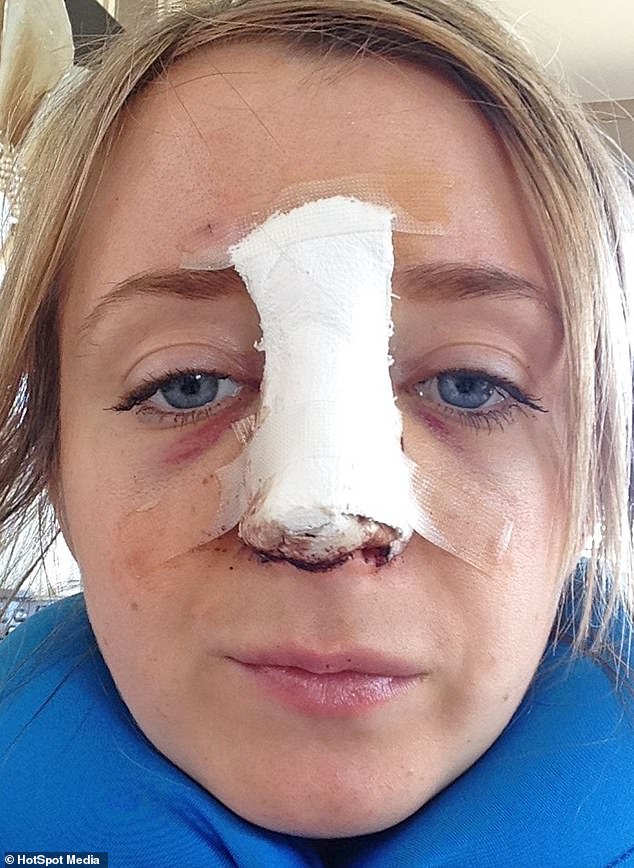 Sophie (pictured after her first surgery) saved up £3,500 to have a nose job in April 2016, and was left with swelling after surgery, as expected (above) 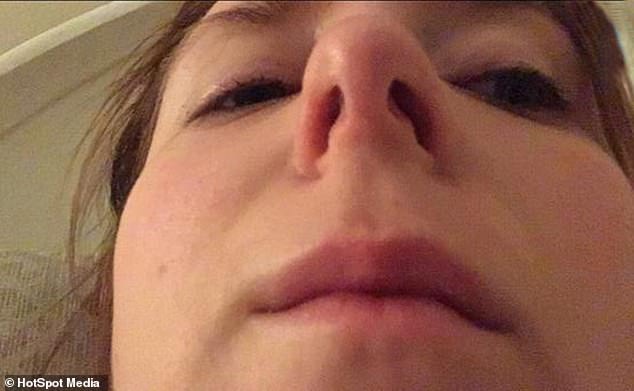 However, after the swelling went down, Sophie (pictured in February 2017 after her first surgery) discovered that she was left with a deformity, where the lower end of the nasal bones could be seen connecting to the cartilage (above)

‘People asked me how I broke my nose and I’d have to explain that I hadn’t, it was really embarrassing.

‘And then I was called “Pinocchio” by classmates. It wasn’t malicious but those kind of comments can affect you.

‘And I constantly compared my nose to my friends’. I disliked my side profile more, as it stuck out and there was a bump. So I had a side fringe to distract from my nose.’

Sophie explained how she became determined to get a nose job as her insecurities grew.

‘If I went clothes shopping, I’d fall apart in the changing rooms as I could see my nose from the side. I became fixated on fixing it,’ she explained. 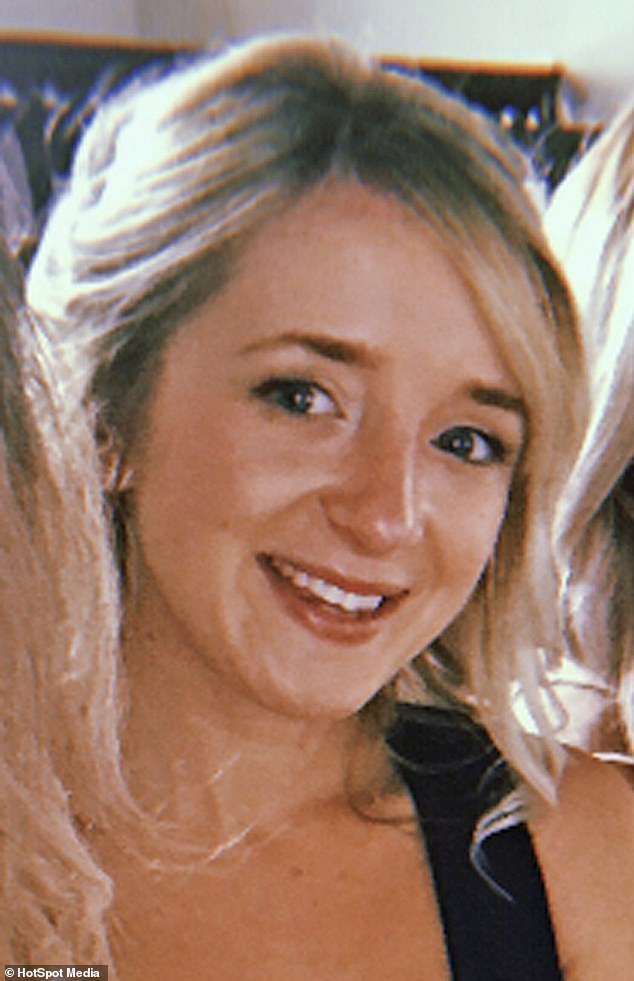 Sophie (pictured in August, after her second operation) spent another £10,000 to have her nose fixed, and says she is finally happy with her nose

Sophie said that from the age of 18 she knew she wanted surgery to make it smaller and straight.

‘I did extensive research to find a surgeon I was comfortable with,’ she said.  And my mum lent me £1,000 to put towards it.

‘She knew how much I hated my nose and just wanted me to be happy.’

For 10 months, Sophie worked two part-time jobs in a bar and as a social media manager to save up money for surgery.

By April 2016, she had saved £3,500 to pay for the operation and underwent surgery that month. 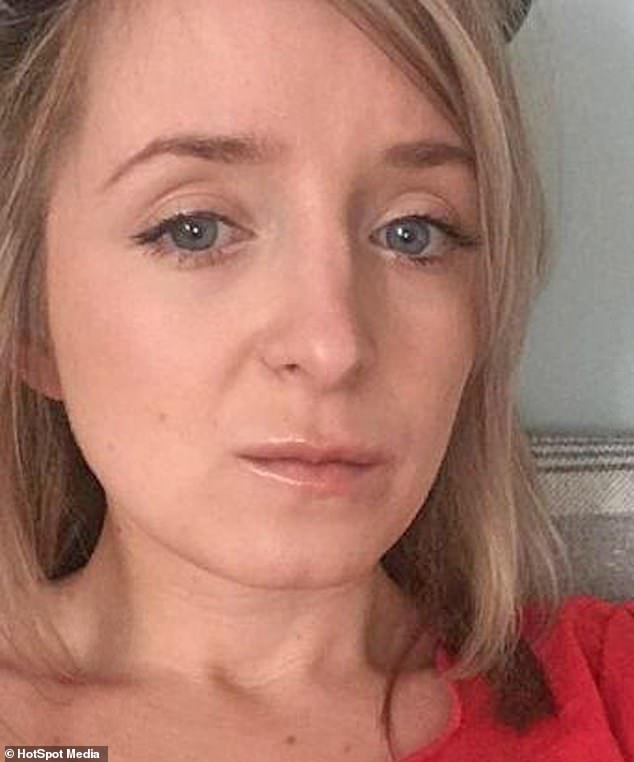 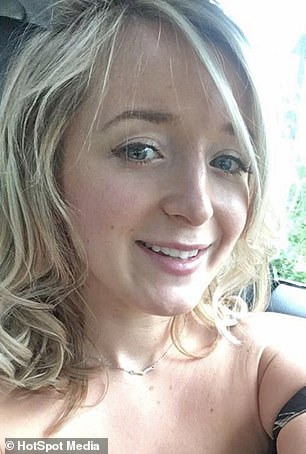 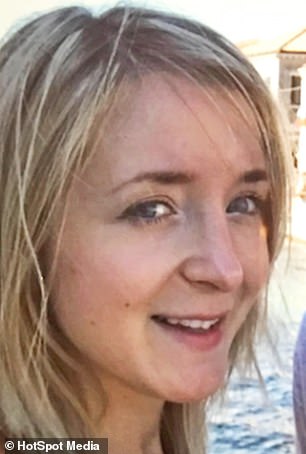 Sophie (pictured after her first surgery) explained how she became more paranoid about her new nose than her old one, describing how her confidence ‘disappeared’

She says: ‘I was nervous about the operation but couldn’t wait to see my new nose.

‘The procedure went well and I woke up really swollen, as expected. I looked like I’d been in a car crash.’

When Sophie’s cast was removed later that month, her nose was perfect – the tip was gone and her nose was straight.

‘I was delighted. It was exactly as I’d imagined. I loved showing it off,’ she said.

Sophie explained how over the next six months, the swelling went down. 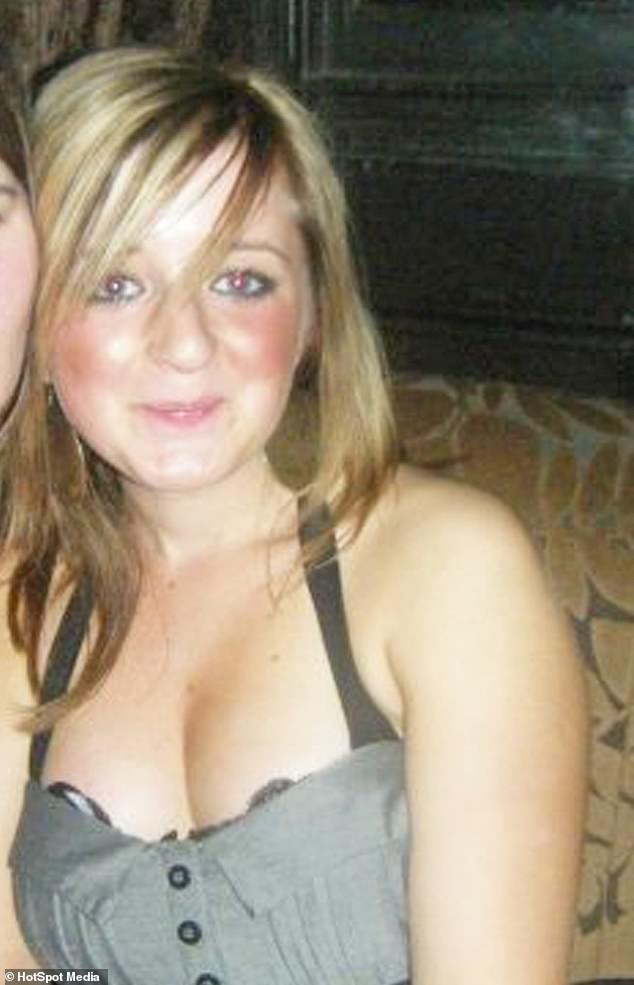 Sophie (pictured in May 2009, before having surgery) explained how she had always hated her nose and at the age of 13 was branded ‘Concord’ and ‘Pinocchio’ by classmates 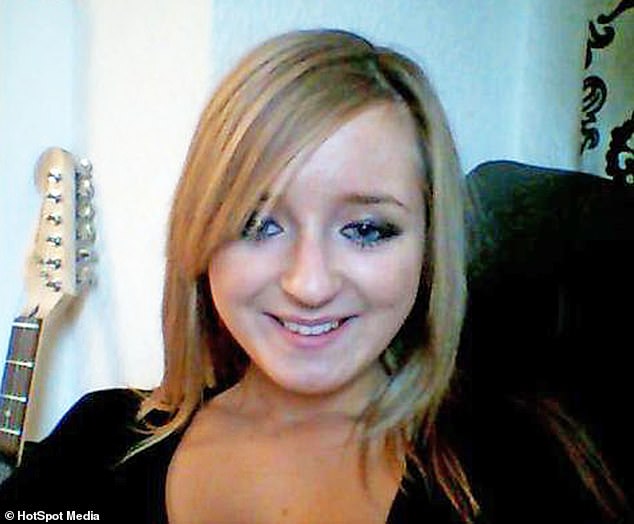 Sophie (pictured above, before having surgery) explained how she thought her nose ‘was really big’ and ‘looked bent’

However, by February 2017, a visible dent appeared in the bridge of her nose, known as an open roof deformity, and there was an inverted V deformity, where the lower end of the nasal bones visibly connect to the cartilage.

Sophie says: ‘The tip of my nose stuck out too. I was devastated and became really self-conscious of my nose again. It looked wonky – it was horrible.

‘In fact, I was more paranoid about my new nose than my old big one. My confidence disappeared.’

In February 2017, Sophie returned to her surgeon, who admitted fault and suggested she had filler in her nose to hide the deformity.

She agreed and he paid for her to have it at a different clinic but it made no difference. 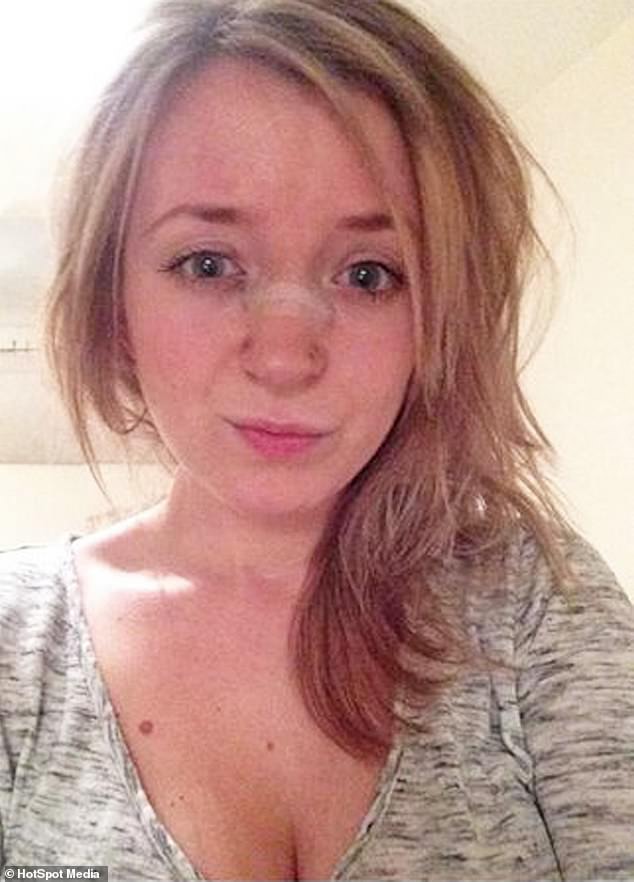 Sophie (above, recovering from her first surgery) described how she worked two part-time jobs in order to save up for her first operation 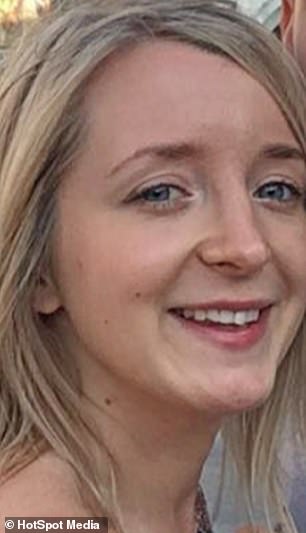 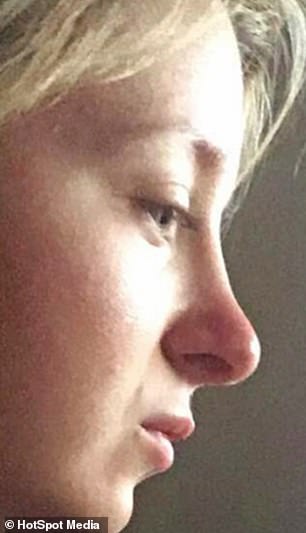 In December 2017, she had a second round of fillers, which did help flatten out her nose.

Sophie says: ‘I knew I needed to get it fixed properly. Thankfully in December 2017, I got the money refunded from my first surgery and £2,500 compensation.’

In May this year, Sophie underwent a £10,000 revision with a different surgeon, Mr Ion at Aesthetic Plastic Surgery, London.

She says: ‘It went really well and now I have the nose I’ve always dreamed of.

‘I still have a couple of dents in my bridge but I refuse to have more surgery. I might need to have filler in the future.

‘No plastic surgery is worth this. Love yourself as you are and don’t copy what celebrities on social media do, they’re risking their lives and their looks.’