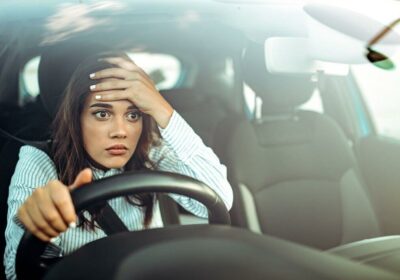 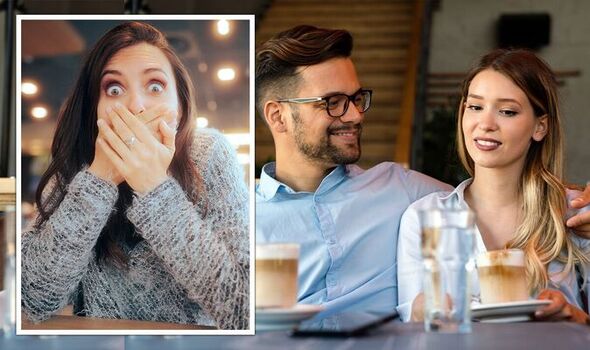 A woman shared on social media her most mortifying dating experience where she ended up “running away” after a very unusual suggestion. “I was 20 and went on a date with a 28-year-old man. Over dinner, he proceeded to tell me how desperate he was to get married and have children, and how he had been depressed that it hadn’t happened yet.

“He then began saying that I was his idea of a ‘dream girl’ and just the type he always wanted to be with. Right after this, he asked if I would travel three hours away the following weekend to meet his mother because he was ‘positive she will love’ me. Shock!”

Another woman had a very similar experience: “I had a really enjoyable date with a guy – laughed, had a couple of drinks etc. Wrapped it up around 11.30pm with a peck on the cheek and said goodbye – he then asked if I wanted to meet his mum.

“She was waiting in the pub down the road and was dying to meet me apparently. I was confused I declined, ran away (drove away) and got a speeding ticket on my way home!”

Another forum user explained her worst date was when she met “a guy who turned up in a dirty top with holes in”. She described how the dinner went: “He went and ordered drinks. Then the waitress brought his meal out. He didn’t tell me he was having a meal, or ask if I wanted one.

“Then he told me exactly how much I owed for my drink! I told him I’d buy the next ones but he said he’d rather I just paid him back,” the woman said.

However, it got worse as he then told her “his ex had a miscarriage but in the long run it was a good thing because they had split up sometime after and she would have ended up as a single parent”.

“He stared at me the whole time. I ended up putting my sunglasses on just to avoid eye contact. He told me after that it was the best date he ever had…

“I never answered any of his many phone calls that went on for weeks. I had met him at the restaurant and I was so glad he didn’t know where I lived!”

Another woman explained she dated someone for “about a week or so and he seemed normal enough but he wasn’t for me”. However, he had booked a spa day and she “greedily said yes”.

She continued: “I was waiting in the pool area for him to come through from the changing room and I actually heard people gasp in shock looking over. He had the smallest, tightest, whitest budgie smugglers/ thong you could imagine!”

A social media user shared her friend’s mortifying experience when she dated a man who took her for dinner and had a “voucher for two for one meal”.

“That’s fine, all for getting a good deal. Except he made her pay the whole bill as his was free!” she said. “Another friend met a guy who apparently dated six nights a week as he had no TV,” the woman added.

A woman explained her friend met a “banker type” in London through a dating app but “wasn’t sure from their chat about whether she really wanted to meet up with him, so asked if they could just meet for a coffee rather than his suggestion of dinner”.

“When she got to the venue (a nice cafe-bar), she texted him only for him to reply he was next door at a very expensive restaurant, but ‘It’s OK, they do coffee too’.

“As it was already 4pm when they met, when they were finished up with their drinks he suggested they just stay for dinner. My friend gave her apologies – she’s a single mum, and couldn’t afford it – but he insisted on paying for everything.

“Shortly after the starter, he went off to the bathroom for a while and came back, in her words, ‘toasted’. He could barely string a sentence together, except to repeatedly mention his ex-wife.

“My friend stayed on for the main courses which had already been ordered. At which point he went to the bathroom again and, you guessed it, skipped out on her, leaving her with a bill of around £150.

“He called her at 3am the same night and she woke up to a voicemail of him asking her for a second date since she had proved she wasn’t a ‘money-grabbing w***’ like his ex!” she said.