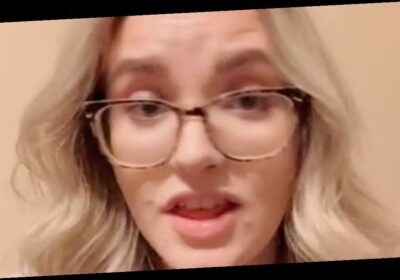 A viral TikTok video shows a lass and her dad confront her "cheating" boyfriend after he arranged to meet one of her girl pals at a hotel.

In the clip, uploaded by user @jade_hik on January 8, she explains how she became aware of her boyfriend texting his ex but decided to trust him and let it slide.

But her pal, called Hayley, decided to test his loyalty and began messaging him.

Unfortunately, Jade says her boyfriend took the bait and booked a hotel room, thinking he would be meeting her friend there.

Instead, he was met at the door by a furious Jade and her dad, as shown in footage she recorded of the gut-wrenching moment.

Jade adds: "And I’m your ex-girlfriend."

Her dad then sternly reprimands the lad and tells him, "You don’t go back to the house."

Caught out, her ex-boyfriend just stands in the doorway and listens to the lecture.

The video went down a storm on TikTok and was watched more than 660,000 times, with many commentators praising Jade's dad for sticking up for her.

One person said: "Your dad is awesome."

"I wish I had a relationship like that with my dad," wrote another.

Noting the body language of Jade's ex-boyfriend, someone else commented: "Look how awkward he looks."

"My dad would have beat the s*** out of him. Good on yours for staying so calm," enthused a fourth viewer.

This comes after a suspicious woman catfished her husband by pretending to be another woman and flirting with him when she found him on a dating app.