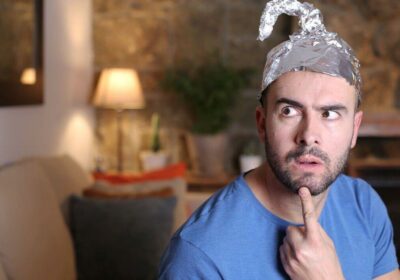 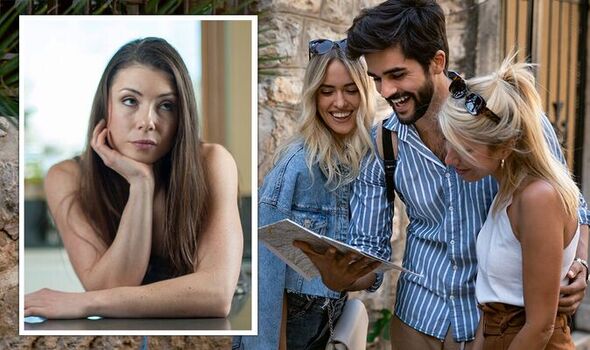 A group of women, who wished to remain anonymous, talked about their worst experiences with ex-boyfriends on the social media platform and parenting forum Mumsnet. One shared her bizarre story with “a guy who genuinely believed that aliens built the pyramids and their spaceships were still inside them”.

She explained: “He also had a ‘spirit guide’ who he would chat to. We would be in company, say, at a friend’s for dinner, and he would suddenly say ‘Ah yes, the infrared is vibrating, tell them to come through’ or something equally random to mid-air.

“The guide was called Darren (over 6,000 years old incidentally, who knew Darren was a popular bronze age name) and they used to have private jokes.

“They would often crack up laughing for no apparent reason, except there was a reason, and it was Darren’s wicked sense of humour.

“I was always told the jokes were too intelligent for me and I wouldn’t understand them so I never got to hear them sadly.”

The woman also explained he was “obsessed with cleanliness” and “would insist I bathed twice a day and did spot checks to make sure I was clean enough throughout the day”.

“If not, I was advised to have another bath because the spirits wouldn’t like it and my dirt would mess up lines of communication.”

However, the relationship got worse when he told her he was marrying a girl so she could get British citizenship.

“She’d have to move in with us so it looked real and they’d have to go on honeymoon.

“I was only 18 and had not a clue about anything. I was new to London and figured I was just being terribly unsophisticated for not being cool with it all.

“We were together for two years altogether. I can laugh about it now, almost three decades on!” she said.

Another woman commented the story was “horrific” and went on to share her own.

She explained her ex-boyfriend had “the foulest habits”. For example, “when out walking he used to hold down one nostril and shoot snot out of the other”.

“Grim. I was so young, I really didn’t think much of it at the time. He and his now partner are jobless and living in the sh**test part of town. Thank God I got away,” she said.

Another one shared her worst experience: “When we were sat on the sofa once he poked my thigh and went ‘Ooops, cellulite. Need to do something about that’.”

The woman explained that luckily, “it didn’t last long after that”.

Another forum user said she had the “worst ever boyfriend” and explained a few months into the relationship, he started having strange episodes.

“I stayed with him until he confessed to murdering someone and threatened to kill me. I had to leave the country as these became credible threats.”

She continued: “Another one was a ‘Walter Mitty-type’ character from a wealthy family.

“We were getting married, buying a house everything. Then when I became pregnant he confessed that he wasn’t working and didn’t have a business. He lived off me for a few years until I left.”