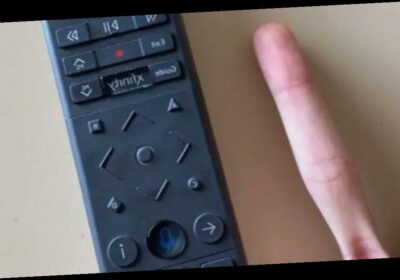 A woman has gone viral after showing off her unusually long middle finger on TikTok – and people are shocked.

Olivia Mercea, 16, from Arizona, decided to flaunt her extra long appendage and shared a video online.

She uploaded it with the caption "Sorry you had to see it."

In the next video clip, Olivia smiled next to the text "Me thinking about the time my five inch finger went viral."

And, at the end of the TikTok she blew a kiss to the camera and added: “My toes are worse."

Olivia, an aspiring model, spoke to LADbible, and said: "I would say I realised it was longer than usual a couple of years ago.

"At first, it was an insecurity, but then I realised it was actually pretty funny and something that would always bring out laughs."

A second video talking about her finger’s fame went viral with over 75,000 people living it and thousands commenting below.

While her original clip has around one million likes – and people are really astonished by her enormous finger.

Olivia said: "The reaction to my TikTok has been insane.

“I never thought that it would reach the level that it has.”

One person in the comments said: "So you flip people off in all caps?"

“We've got to see the toes now,” noted another.

And, Olivia explained that her toes are indeed very long as well.

She even uses them to pick things up when she drops them in the shower– now that’s a handy skill (excuse the pun).

Meanwhile, a woman with the 'world's biggest mouth' has been urged to make an OnlyFans.

And, another woman who wants the world's fattest vagina has totally changed her look.