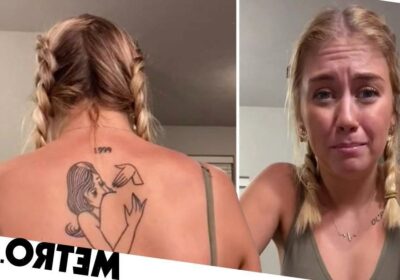 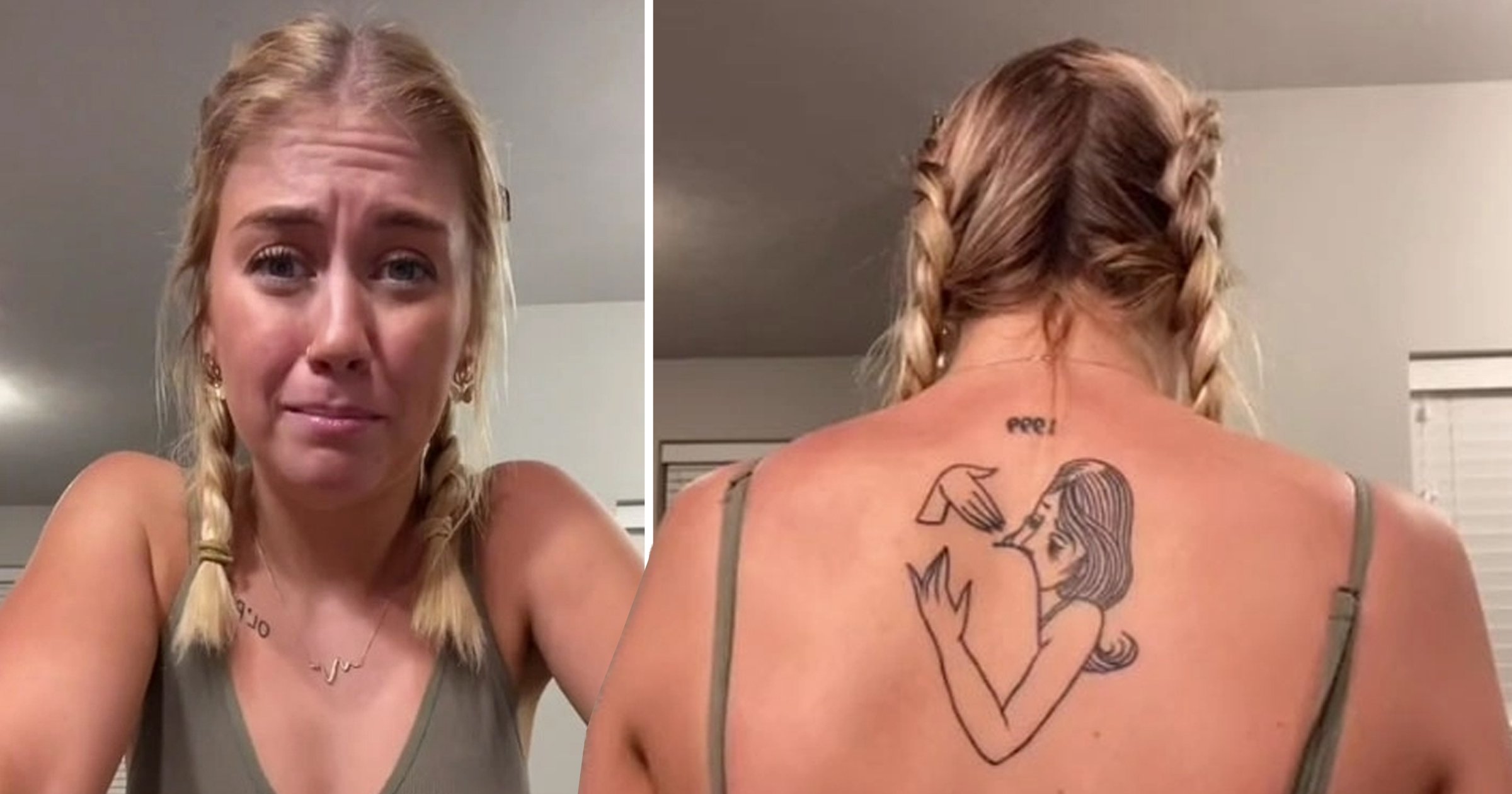 A tattoo is a big commitment, and often inkings can hold sentimental meaning.

For a woman in America, getting a tattoo of a figure hugging a guardian angel was just that – a comforting, meaningful illustration.

But then the internet saw it and made what she calls, ‘a great joke’, but one that she has asked people to now stop.

While not quite a tattoo regret, it can’t be unseen, and Bekah Milly has comically addressed the blunder to her followers.

It all started after she took to her social media to show off her new tattoo, which is large across the top of her back.

But someone had already pointed out the potential issue with it. 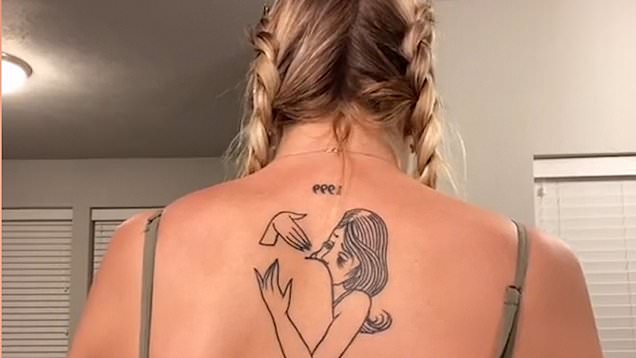 She said: ‘Listen… It’s a good joke, it’s a great joke even, but I need you to stop anyway,’ after making crying noises.

The video has been liked over 503,000 times already and has over 8,000 comments, many roasting the tattoo.

Someone wrote: ‘Can’t unsee it now. Just. Can’t’, with others echoing this sentiment as they added: ‘Yeah…pretty much burned in my eyes’.

Another said they ‘didn’t see it at first – now that’s all I see’.

Others suggested she get the tattoo ‘touched up’ pronto, with one person recommending she add ‘a halo and some Angel wings’.

Be careful with what you show the internet – a sentimental thing might just end up tainted… or completely ruined.