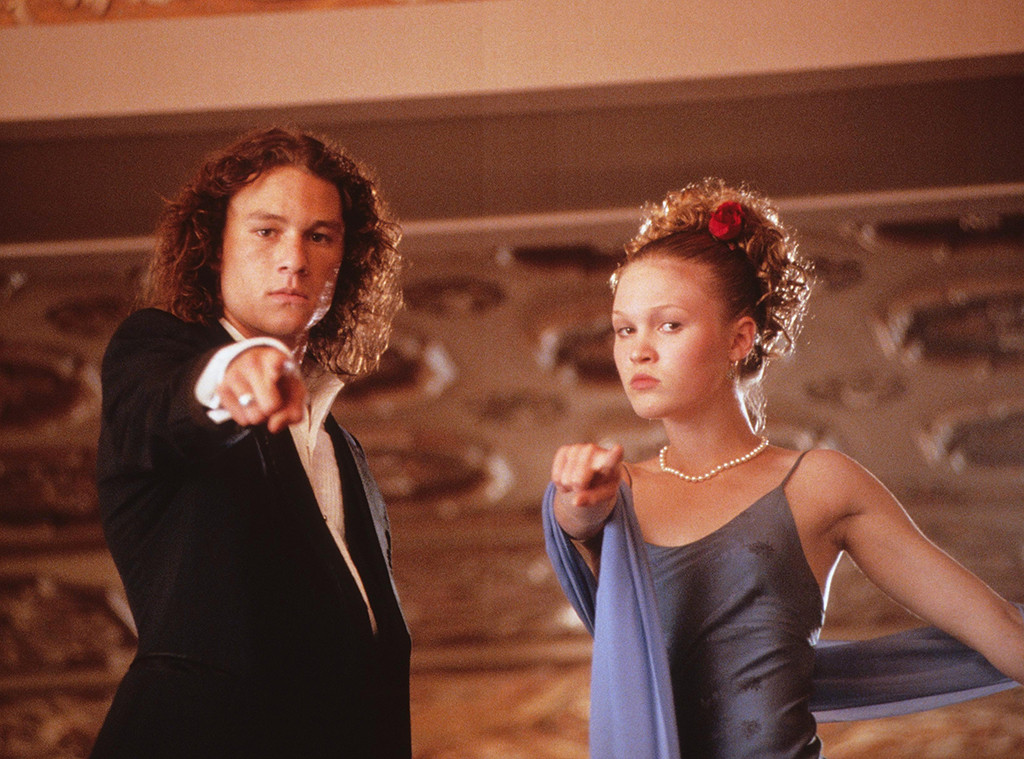 It’s been over 20 years since 10 Things I Hate About You debuted. However, fans still have plenty of love for the ’90s flick.

Julia Stiles looked back at her role in the classic film during an interview with InStyle published Tuesday.

“I am really grateful for that experience, and I don’t take it for granted that people still care about a movie that came out 20 years ago,” she told the magazine. “I see it as a positive thing.”

For those who haven’t seen the movie, the film is about a new student named Cameron (played by Joseph Gordon-Levitt) who desperately wants to date his fellow classmate Bianca (played by Larisa Oleynik). However, Bianca’s father (Larry Miller) won’t let her date until her sister Katarina (Stiles) does. There’s just one catch: Kat has no interest in forming a romance. Still, Cameron is determined and hatches a plan to set Kat up with the school’s bad boy Patrick (Heath Ledger). His buddy Michael (David Krumholtz) enlists the help of Joey (Andrew Keegan)—a popular kid who also wants to date Bianca but knows her father’s rules. Joey offers to pay Patrick for taking Kat out on a date. But as Patrick pursues Kat, he starts to fall in love with her—making the whole scheme even more complicated.

Stiles knew she wanted to play the independent heroine as soon as she got the script.

“The reason that I wanted that part so badly was because I thought it was so refreshing, seeing a teenage girl be feisty and opinionated and be a fish out of water, but proudly [so],” she recalled. “I think that I probably wasn’t alone, and that’s what other girls and women responded to, and the movie had a real bite to it.”

The movie was a huge success and Stiles went on to star in many other popular films, including Mona Lisa Smile, The Prince and Me, The Bourne Supremacy and The Bourne Ultimatum. She’s currently starring in Sundance Now’s Riviera and appears in Hustlers. She’s also enhancing her skills as a director. So while many still like to remember the roles from her past, Stiles is looking forward to the future.

“In my 20s, I might have been worried about anticipating being an actress approaching 40,” she said. “I wouldn’t know where my career was going to go or if there would be opportunities for me beyond an ingenue or a girlfriend role. Now I think that I’m really excited about the opportunities that are out there for me and my peers, and I think the roles that we’re playing have gotten so much more interesting than what we were doing in our 20s.”

We can’t wait to see what she does next!

To read her full interview, check out InStyle.