Home » Lifestyle » Why do more people choose Tay-Tay over Tchaikovsky?

Why do more people choose Tay-Tay over Tchaikovsky? 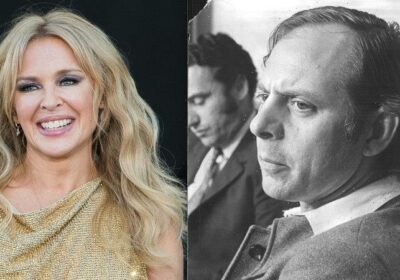 Your phone battery is dead and your car radio goes on the blink, picking up just two stations. One exclusively plays lollipops by Kylie Minogue and Taylor Swift, while the other sticks stolidly to the sonic experiments of controversial German avant-gardist Karlheinz Stockhausen and the dense free jazz improvisations of Cecil Taylor.

Oh, and you can’t turn the radio off.

An overwhelming majority would shoot for Kylie and Taylor, but why? What makes people shy from more “challenging” music? Roger Dean and Simon Chambers have researched this intriguing question in their work for the MARCS Institute for Brain Behaviour and Development at Western Sydney University. Dean, who also leads the adventurous austraLYSIS musical ensemble, doesn’t believe some people are simply born with more receptive ears. 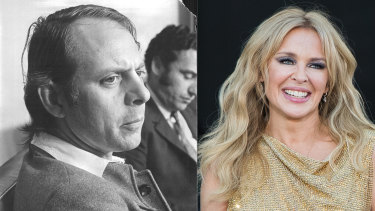 Karlheinz Stockhausen wasn’t known for his bangers but researchers believe his music could be enjoyed as much as that of Kylie Minogue, given the right conditions.Credit:

He believes it is more nurture than nature: that what we might call unfamiliar sounds as adults, were not always perceived that way.

“Young children start by being open to almost any sound which the vocal cords can make,” he says. “And then they gradually narrow down to those which are characteristic of their environment’s main language … say, Mandarin versus English.”

Similarly, the very young are open to any musical tuning system, whether that be an Asian method involving quarter tones as well the West’s preferred semitones, or an entirely invented system. They gradually lose that capacity unless it is cultivated.

Chambers has explored why people find unfamiliar music difficult from both socio-cultural and psychological perspectives, and says in essence we like what we know: “We’ve learned the codes for making sense of this music: we can decipher it, and therefore we can enjoy it,” he says. 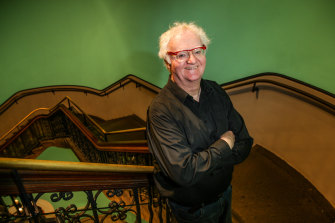 Richard Gill had the brilliant ability to engage audiences with unfamiliar music.Credit:Dallas Kilponen

It seems people are generally more open to adventurousness in other art forms, but less so in music. Believing this gulf can readily be traversed, Dean points to the work of US cognitive psychologist Roger Shepard who in the 1960s experimented by exposing Balinese people to American music and vice versa. Both groups came to distinguish foreign melodic forms within hours.

Chambers’ research, which included interviewing people after concerts, found those who approached unfamiliar music with curiosity were more likely to be engaged by it. He points to the way exhibitions of contemporary art are marketed around the idea of discovery and arousing intellectual curiosity, sometimes integrating back-story of what an artist is trying to achieve – which is rare in curating music.

Often our reaction is reduced to “like” or “not like”, which plays into the binary “thumbs up/thumbs down” presentation of music digitally. This pushes people into such sealed content bubbles that up to 20 per cent of Spotify’s music has never been listened to. The algorithms applied make it almost impossible for someone to have an epiphany by discovering something wildly different which they love. Nor – unlike the careful programming on some specialist radio stations – will listeners be eased into the esoteric via the reassuringly familiar.

Beyond unfamiliarity, another hurdle is duration. When one is used to music coming in three-minute bites, the sheer length of a Mahler symphony or an extended improvisation can be daunting. Half a century ago rock smoothed the path by employing its own extended forms, and these days contemporary ensembles like The Necks do their bit by playing hypnotic hour-long improvisations that attract a loyal, worldwide following.

Concerts are clearly the most effective way of converting people to new music. Chambers has taken people to austraLYSIS performances who would not usually have attended. “When you sit them down and expose them to it,” he says, “they’re quite amazed at the kind of sounds that reach their ears.”

He applauds discursive introductions that help people make sense of the sounds to which they’re being exposed. The late music educator and conductor Richard Gill used to do this brilliantly with the Sydney Symphony Orchestra. Another useful starting point is film scores, which can tune people’s ears to more adventurous sounds via the dissonances and jagged rhythms routinely found in thrillers, for example.

The challenge is putting people in the room in the first place. Dean and austraLYSIS are hoping to expand people’s listening habits via a series of hi-resolution videos that combine concert footage with discussion and explanation from both creative and scientific standpoints.

These are available online now.

TV, movies, Find out the next TV, streaming series and movies to add to your must-sees. Get The Watchlist delivered every Thursday.