Home » Lifestyle » Why do all mums hate the head of the PTA?

Why do all mums hate the head of the PTA? Why do all mums hate the head of the PTA? Writer DEBBI MARCO learned the hard way it’s always a poisoned chalice

For the past two years I’ve been chair of the parent-teacher association at my children’s primary school in South-West London.

I’ve helped raise around £30,000, which has gone towards paying for visiting authors, buying extra books for the classroom, playground equipment and even ice creams on school trips to the seaside.

But I’ve also paid the price in friendship, career, finances — and even my marriage hasn’t gone untouched.

In fact, I can honestly say it’s the hardest job I’ve ever had. 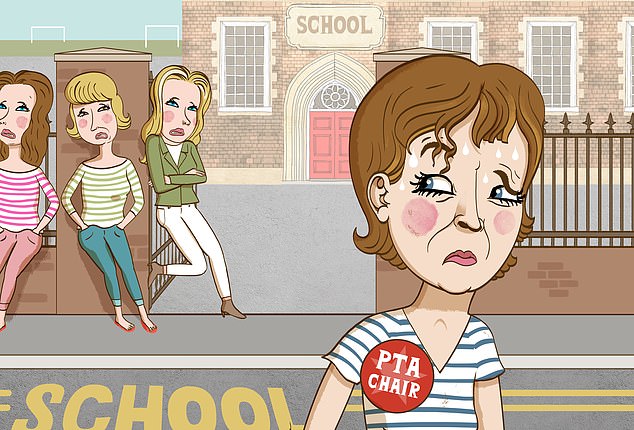 Imagine you’re an event planner but you have no team, no budget and 300 pairs of eyes watching — and judging you. And that will give you some inkling as to what it’s like to be the most avoided person in the school.

As soon as I took over in September 2017, the change in my standing was palpable. Even friends teased that they would now have to start avoiding me. A few weeks into the job, it became clear this wasn’t a joke.

Most parents, while wanting their children’s school to be a vibrant and engaging place, can’t think of anything worse than having to actually get involved.

One massive upside to the job is all the lovely people who do help, who I’ve got to know really well. As for those who don’t, I just walk on past. I can’t risk alienating anyone in case they change their minds one day! 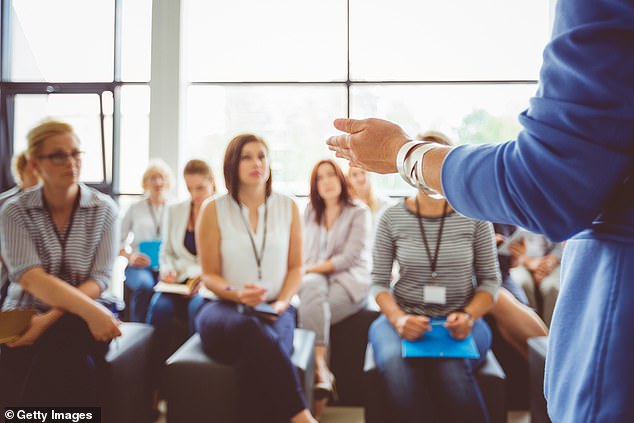 In two years, Debbi has helped raise around £30,000, which has gone towards paying for visiting authors, extra books for the classroom and playground equipment (stock image)

PTAs are big business these days. This week, a report found some top PTAs are pulling in over £800,000 a year in extra funding for their schools, while most hover around a more sensible level of £5,000 to £30,000 a year.

In the state sector, the pressure is on for these associations to fund basic school resources, which means the fundraising involved has to be so much more than the odd jumble sale or annual raffle.

And now PTAs are frequently the butt of jokes in TV comedy shows, such as in the BBC’s Motherland, with those who run them cast as unlikeable megalomaniacs who look down on working mothers with no time to bake cakes.

So why are we so unpopular? I can tell you first hand.

It all started when my son Sam, now eight, started at the school. Keen to make a good impression, I joined the PTA. Little did I realise I was signing away my freedom.

By the time the old chair resigned two years later, we were barely speaking. She was so disillusioned with it all, she’d forgotten that the volunteers were just doing their best.

So I slid into the role, naively thinking I could do a better job. At first, I was full of enthusiasm, convinced I could raise lots of money for our school, which was struggling financially.

Another parent had been co-opted as treasurer. We’d never met before this and had no idea the next 24 months would be littered with near-daily phone calls, me sobbing in her kitchen — and even a stand-up row at the summer fair because she changed the pricing on a stall and I disagreed. It’s so petty when I look back, but it’s astonishing how it takes over your life. 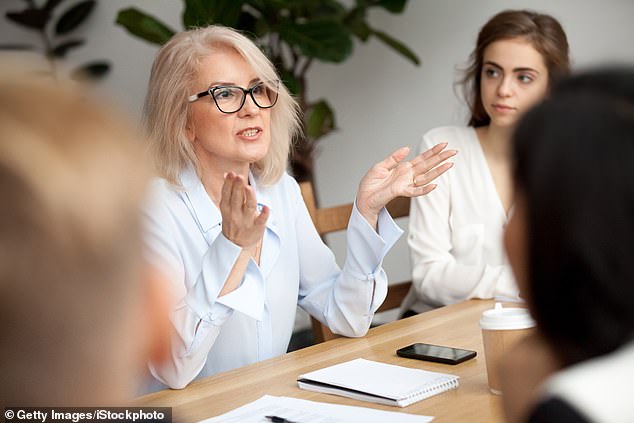 But Debbi said she has paid the price in friendship, career, finances — and even her marriage hasn’t gone untouched (Stock image)

My first fundraising event was a bake sale. I’d volunteered for plenty in the past and I was sure I could get parents to help. In fact, while a few brought baked goods, I ended up dashing to the supermarket to buy cakes and bags of doughnuts, spending a good £30 of my own money.

As I hauled out a table singlehanded and set up my offerings, a few parents trickled over to give me cakes, but then most disappeared to pick up their children. Luckily, my husband, Matt, was on pick-up duty for Sam and five-year-old Matilda — the first of his many sacrifices to the cause.

At 3.15pm, school ended and children started swarming to the stall. It was so obvious I was struggling, the headteacher took it upon herself to help, along with a heroic parent who’d just got back from an all-day school trip.

Even so, I was blinking back tears. It was made all the worse when one dad piled his plate with cakes, threw a 50p into the donations bucket and waltzed off.

As I relayed the awfulness of it all to a friend, she wisely commented: ‘Make the cake, sell the cake, buy the cake.’ In other words, the PTA can often be just an endless cycle of the same small group of parents doing all the work, then buying their own creations back afterwards.

Still, I filled a timetable with fundraising activities, including movie nights, a coin race and a quiz. Every time, it was the same few parents putting their hands up to help — often my friends.

Worse, it dominated my social life. I always wanted to talk about school, whether moaning about the lack of help or talking about my plans. Eventually, they had to beg me to stop, and I’m sure I’ve been missed off guest lists because of my PTA monologues. 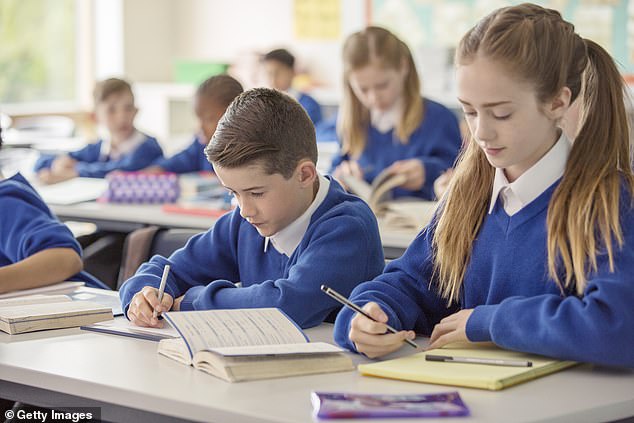 An occasion that lives vividly in my memory is the online silent auction. One parent bid huge amounts on almost every item, pushing up prices way beyond their value. At first, I wondered if we had a mystery benefactor, but the deputy head confirmed this parent didn’t have the means to pay — they just hadn’t quite grasped that bidding was a promise to buy, rather than a game.

I had to phone and email all the outbid parents to see if I could convince them to stick with their original offers.

Understandably, there was outrage. Less understandably, everyone seemed to forget that I was just a volunteer and it was for charity. I had rude emails, and even friends ranted to me in the playground.

Worst of all, we lost hundreds of pounds. Long-suffering Matt put in a few bids for items we didn’t want, just to boost the final total.

As we moved towards the Christmas Fair, my angst grew — as did the malaise in the school. Just four people turned up to my planning meeting.

Soon, I was physically grabbing parents by the arm at the school gates, begging them to help. ‘Argh, she’s got us,’ laughed two acquaintances. I chuckled along, and then ruthlessly co-opted them into organising the tombola.

‘It would be so nice to attend a fair without having to set up and clear up,’ sighed a friend, who spent weeks hand-painting baubles to sell, then arrived early and left hours late. I knew how she felt. I hadn’t spent a single fair browsing stalls with my kids or taking them to Santa’s grotto.

Instead, I would shove them at the nearest agreeable parent and spend the entire fair marching around with a clipboard, solving other people’s problems. 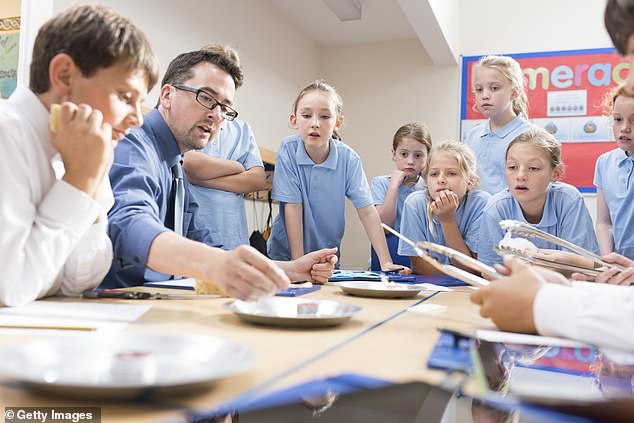 But now, Debbi said she is ready to step down from her post and let another parent take charge (Stock image)

Before an event I would wake up at five every morning the week before, worrying I had forgotten something. I shouted at Sam and Matilda for no reason, moaned to Matt and then felt horribly guilty as this wasn’t even a ‘real job’.

I now know why the last chair got so frazzled and often lost her temper. Still, my approach is to try and be as polite as possible to my fellow parents. I still want to have friends after all.

So why do I do it? I’ll admit that I wonder that, too. But the truth is I want to support our fantastic school. And although it has often been stressful, at times we’ve come together in the most wonderful way, like the last summer fair when I watched as a group of five or more parents erected a giant gazebo in our playground.

And the children love the events, and the fruits of our fundraising labours. We’ve put up a climbing wall in the playground and funded school trips, science week experiments and much more.

When I ask my children how they feel about me being chair of the PTA, they are really proud — despite all the times I neglect and shout at them.

Matt, however, can’t wait for me to quit this job that has taken over my life. He feels I’ve done my time, and I agree.

After two years, I’m stepping down. I just need to find another willing parent to take charge. Anyone?