Home » Lifestyle » Why did my ex become an eligible bachelor while I was a social pariah?

Why did my ex become an eligible bachelor while I was a social pariah? 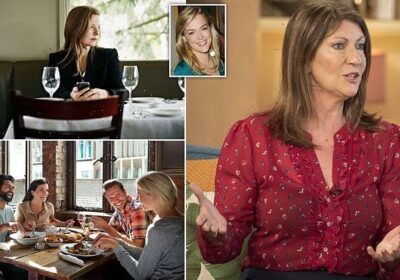 After our divorce, why did my ex become an eligible bachelor while I was a social pariah? LUCY CAVENDISH was ousted from her social group when her marriage fell apart

Some time ago, I was out walking when I saw a group of female ‘friends’ I’d met when I first moved to a small village in Oxfordshire.

We’d all been to each other’s social gatherings over the years. We’d done nursery school as co-parents.

We’d decorated the church, showed up at Christmas fetes, helped dress each other’s children in fancy dress for school parties. We’d bonded over the usual things — husbands, work, dogs, children. We’d done sponsored walks together and even been away for a weekend to a spa.

I thought we were mates. We’d all had dinner parties together; the women got drunk and giggled and the men talked about cars and sport. 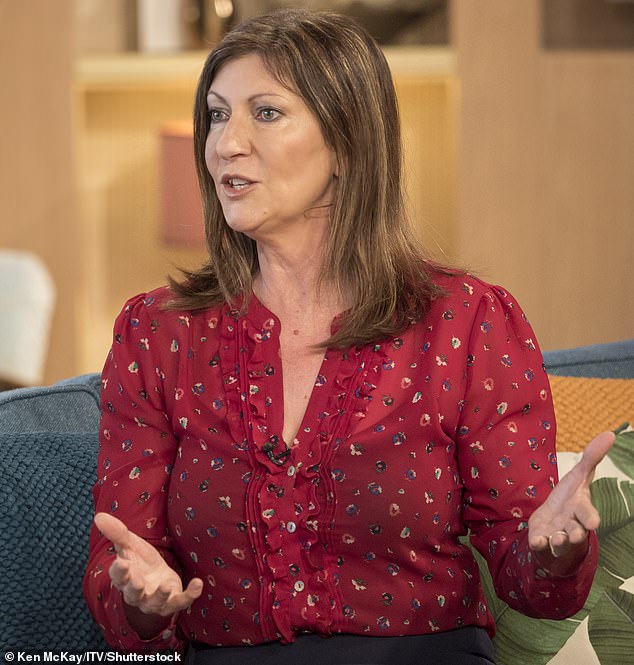 When her marriage broke down Lucy Cavendish (pictured) found herself on the outside. The UK-based journalist explains how her group of friends disowned her

We’d even been out and got very drunk one night and half of us ended up weeping, admitting how hard we were finding life, while the others talked about their Botox and boob jobs.

But now here I was alone on my walk, and there they were, huddled in a cosy group chatting and heading towards me on the way to the pub.

I was obviously uninvited. At some point, one of the women noticed me. She stopped in her tracks and held her hand up in a half-wave. It was a truly awkward moment and there was no path or fence for me, or them, to hide behind.

‘Hi,’ one of them said to me brightly. Then they all filed past me — some of them smiling at me and some looking at the ground. I just wanted to die at that point, fall to the ground and let the earth swallow me. It was the most socially humiliated I’d ever felt. 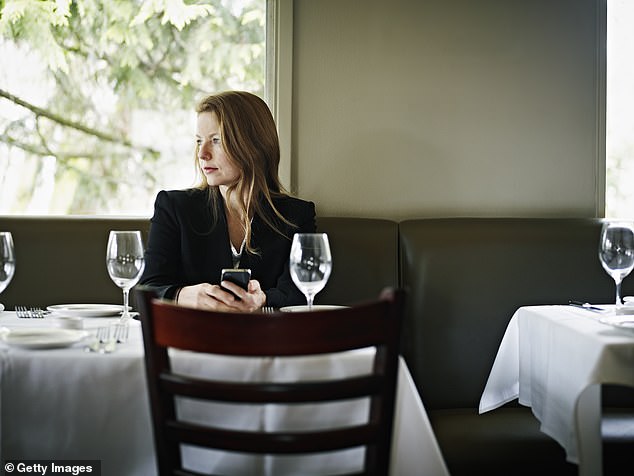 Why? Because just weeks before, I’d separated from my husband. And my social invitations had dried up overnight.

I didn’t notice it at first. My partner and I separated in January so I just assumed nobody was out carousing in those first quiet weeks after the New Year.

As the news of our split spread, it didn’t occur to me that I had already joined the long line of women who, suddenly single, stop getting invited to the couples’ dinners and parties they once took for granted.

After all, I scoffed at the notion my social status had fallen off the map. I thought friends — even the ones you know not as good friends but as acquaintances — wouldn’t be that fickle.

But, like Lady Dalmeny, who was left seething this week after a post-divorce party snub, I started noticing it was happening to me. Caroline Dalmeny’s ire is directed at the hostess who refused to invite her new partner to a bash explaining ‘priority was being given to married couples’. A classic ‘no ring, no bring’ situation.

My predicament after my marriage split, 13 years ago now, was slightly different: I was painfully single. Sad, lonely and never more in need of support and a little light relief from my misery, I longed for the distraction of company. Instead, I became persona non grata. 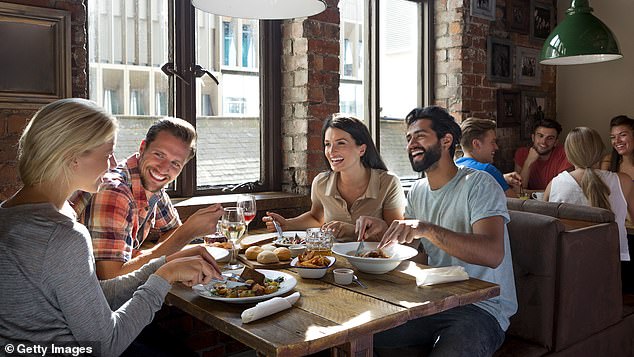 Lucy and her husband used to have a busy social calendar, which he managed to keep when they separated

A little later on the afternoon when I bumped into my former friends, I walked past our local pub and caught sight of them again through the window. The fire was roaring. Their husbands were there. They looked warm and toasty and happy. Meanwhile I felt like an outcast, lost and lonely and unwanted.

As time went on, more and more of these intimate get-togethers occurred without me. While my inbox remained empty, I heard of endless dinner parties and weekends away, chummy walks and school fundraisers that suddenly I was mysteriously not invited to.

It was as if, by separating, I had become a social pariah, a rejected member of society, someone who, on my own, was not worth an iota of anyone’s time or care.

It was hard to comprehend. My ex-partner and I had been relentlessly sociable. We were always inviting people over. We cooked endless dinners and Sunday lunches for our pals. We had parties. We went to parties.

I felt supported and liked. I actually genuinely thought people enjoyed our — my — company. I think we both took pride in our fun, outgoing natures, that we were up for anything.

In fact, we were so inundated with invitations, I’d often beg my ex-partner to turn them down. But he was more sociable than me so off we’d go, often with our children in tow to do film nights, fun days and endless wonderful Sunday lunches. I thought we fitted in. It never occurred to me that maybe we just didn’t.

Then I found out through a mutual ‘friend’ that he had continued to be invited to parties and social events after the split whereas I hadn’t.

Some ‘well-meaning’ friends took it on themselves to tell me about it. ‘Oh yes, he’s at all the parties,’ one of them said to me. ‘What? All of them?’ I said. She nodded. It turned out my former partner was quite the ‘hot ticket’ she said.

I tried to give myself reasons why this might be, hoping I would feel less hurt and rejected.

I told myself it was because single women are problematic. I figured a lot of wives are nervous of single women. 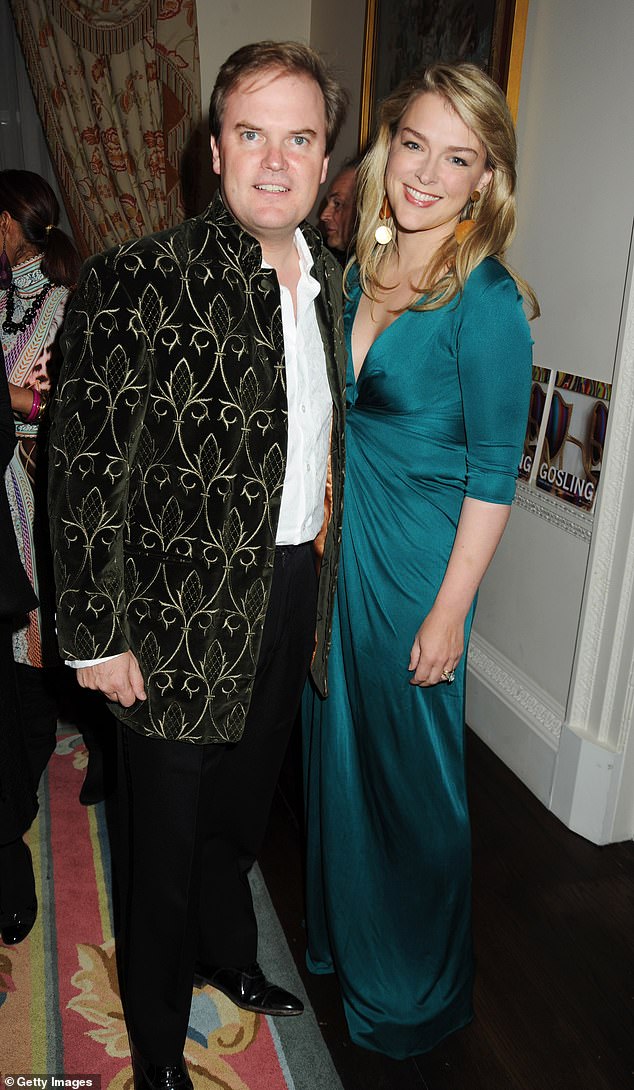 Harry Dalmeny with his ex-wife Caroline, who also noticed that she was snubbed after their divorce

How many times had I heard them confide in me that their marriages were in trouble. Maybe they saw me as a threat. I certainly wasn’t — I had no interest in their husbands or breaking up anyone’s marriage.

But people’s fears are irrational. I also think husbands feel threatened too. What if the post-divorce woman looks like she is living her best life? Maybe it will give their wives ideas?

Also it’s true that some of the married men did come on to me. They’d ‘drop round’ because they ‘happened’ to be passing. I’d send them away with a flea in their ear.

But parties? No, nothing. I came to another sad realisation — could it be that divorced men are simply seen as more eligible, more worthy of inclusion, than divorced women?

My ex was an affable man — charming, funny, easy-going company. While my social currency fell through the floor, his soared. Every ‘friend’ who had a spare single female snapped him up.

It was easy to sit him next to people at dinner parties because there were so many women post40 who were desperate to meet a man. Meanwhile, I became someone people avoided in the street. It hurt. Sometimes it was so painful I couldn’t sleep. I got obsessive about it, monitoring social media and fretting and getting lost in my fervid imagination, which had everyone partying away while I was home alone.

In the end I became quite bitter. I stopped being sociable. I masked my hurt with fake bonhomie but at night it was crucifying. As spring turned into summer, I’d imagine them all laughing away at al fresco events with my ex while I sat nursing a glass of wine in my back garden, watching my children kick a ball around.

In the end though, all the pain faded. I was carried forwards by my good friends — my true friends, the ones I’d had for ever — and my family, who eventually helped me see that I had value just as I was. It took time but I got there.

However, it has left me far more aware of the pain of social exclusion. It took me back to my school days and being sent to Coventry for no apparent reason.

At least I learned not to waste my time on women who see me as nothing more than some man’s other half.