Who will be killed in Emmerdale’s horror crash? Fans convinced there’s an ‘obvious’ fourth victim 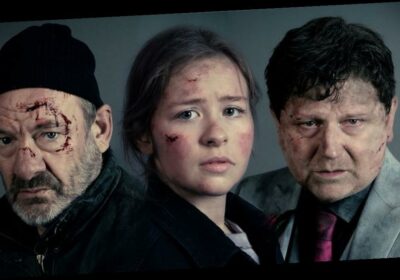 It’s an explosive time on Emmerdale at the moment, and the soap has confirmed that at least one major character will lose their life after the cast filmed their biggest stunt since the Covid-19 pandemic began.

Emmerdale revealed of the stunt: “Jimmy King (Nick Miles) will lose control of his vehicle which then careers off the road at speed, ploughing into farming buildings.

“What follows are a series of explosive events which will eventually lead to the untimely death of at least one character.”

They continued: “In a week full of twists, turns and emotions, the Emmerdale production team have come up with ingenious and inventive ways of ensuring the audience will be left on the edge of their seats.

“The vehicle stunt was filmed for real on the outskirts of the village where the programme is filmed in Leeds, and green screen filming techniques were also adopted to ensure the cast and crew were able to safely shoot the spectacular scenes.

"It’s Paul and Mandy’s wedding, and it looks as if disaster is about to strike."

It has since been revealed that Paul Ashdale, Liv Flaherty and Jimmy King are the ones in mortal peril after Jimmy loses control of the van.

ITV showed three hospital beds with the injured Paul, Liv and Jimmy covered in cuts and bruises in their hospital beds, but Vinny is missing from the flashforward scenes.

Viewers have been tying to figure out who will die after the accident, with some believing Vinny will be another victim of the doomed wedding.

"Think Vinnie will die #Emmerdale," guessed one fan, while another added: “It’s obvious vinny will die from his injuries #emmerdale.”

A third commented: “I have a feeling Vinny will be the 4th victim. He's already recovering from his injuries coz of his last beating, then with Paul stamping on him just now he's probably got internal bleeding or something #Emmerdale." [sic]

And a fourth agreed, saying: “If Jimmy, Liv or Vinny die it will be heartbreaking I still think it’ll be Vinny tho unfortunately #emmerdale."

Lisa Riley, who plays Mandy, has described the dramatic week on the soap as “cinematic”.

She told Metro.co.uk: “It is the week. Everyone has been waiting to see what’s happening next and they’re all going to get it played out in the week.”

The teaser trailer for Paul and Mandy’s wedding reveals chaos and crashes. And in a warning to his poor son, Paul tells Bradley: “I want my wedding day to be remembered for the right reasons, okay? If you screw it up, me and you are going to fall out.”

Meanwhile, Mandy is seen breaking down in tears as she clutches her phone and says: “It’s the hospital” and Liv is seen holding her face after appearing to have been hit.