Who Is Natalija Scekic, the Model Allegedly Offered $70,000 for Novak Djokovic Sextortion Plot? 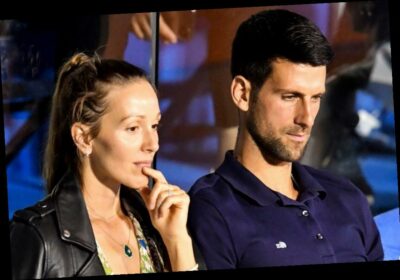 Tennis star Novak Djokovic‘s name has been in the headlines recently but not for something he’s done on the court. A Serbian model has said that she was offered money to trick the world’s No. 1 tennis player into an intimate encounter in an effort to ruin his marriage and reputation.

Here’s more on Natalija Scekic, what she said in her tell-all interview about the alleged sextortion plot, and how she has responded to those questioning her story.

Natalija Scekic’s age and fame as an Instagram model

The woman who gave an interview detailing a bombshell plot against Djokovic was born on May 22, 1995, in Serbia to Croatian reality star Anabela Šćekić Tigrica.

Scekic is a cat lover who has become an Instagram model and influencer posting glamorous photos, many of which show her next to or in luxury cars. Several of the photos were taken in the Serbian capital of Belgrade.

To date, Scekic has amassed over 30,000 followers on social media.

Scekic says she refused to set up tennis star

Scekic originally told her story to the European magazine Svet&Scandal on March 12. She claimed that she was asked to seduce Djokovic and then film their sexual encounter in exchange for $70,000.

“It is true that a guy contacted me. I know him from (London) and I considered him a serious guy,” Scekic said in the interview (per Marca). “When he asked me for a date, I thought it was for a business matter. However, as the conversation progressed, I saw that it had nothing to do with my life.”

The model continued: “I thought it was a hidden camera when he told me that I had to seduce Novak and film it, but not to worry about that because he was already taking care of that. He told me I could get about 60,000 euros for that and a trip wherever I wanted. I laughed, expecting him to say it was a joke, but the man was very serious. I felt very offended and humiliated. They were really preparing a hell of a plan. I was told to take Novak somewhere to an intimate place and film it all.”

Scekic explained to the publication that she was angered about the alleged plot and refused to accept any such offer.

“At that moment I thought of hitting him, throwing water on him, but I restrained myself because we were in a public place,” she said. “I gathered my things and left. I hope he didn’t find a girl who wants to do that, because it’s not fair to Novak. He is our best ambassador, an exemplary man, a family man.”

Model responds after some doubt her story

Scekic has made headlines all around the world since going public with her claims, but not everyone is buying her story.

A report from Kurir.rs on March 23 suggests that Scekic’s mother made everything up to get her daughter’s name in the news and further her modeling career.

Scekic responded to that report via Instagram writing: “I ask all foreign media not to believe the lies Serbian newspapers brought out today. My mom has nothing [to do] with anything that is written, we are not starlets [who] invented and placed a public story that is false.”

Djokovic has been married to his wife, Jelena, since 2014 and they have two children together. There was speculation that the couple was having marital issues in 2019 after Jelena did not attend Wimbledon to cheer on her husband.

The tennis champ denied rumors that his marriage was in trouble saying: “I understand that it is more interesting for people to read Nole and Jelena are getting divorced than Nole and Jelena are in love. But that doesn’t affect Jelena and me because we love each other.”