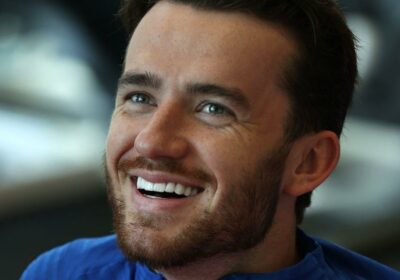 Footy star Ben Chilwell is enjoying a career high as his team takes on the Euros.

But, after mixing with a player who tested positive for Covid 19, he and teammate Mason Mount have been in quarantine and missed the recent England V Germany game.

And it seems that just as his skills on the pitch have been kept out of the limelight for now, so has his secretly guarded love life.

The left back, 24, is known to have previously enjoyed a relatively long relationship with stunning former Love Island star Joanna Chimonides.

The pair dated for around a year, often being photographed on romantic nights out together.

Joanna, 25, was part of the series five line up of Love Island, where she made her debut by entering Casa Amore on day 26.

Her stint on the show lasted around 20 days and sadly for her she exited the villa on day 42.

But it was way before fame came calling that Ben scored with the reality TV beauty.

In fact, Ben and Joanna fell in love after meeting when Ben played football for Leicester City and Joanna was studying psychology the University of Leicester.

Joanna’s digs were not far from The King Power Stadium so the couple were able to spend lots of time together but after around a year it emerged, they had split in 2018.

Reports suggested that it had been Ben who called time on the relationship, explaining he wanted to remain single for the time being.

However, the football star was said to have been unhappy at his ex’s decision to enter the Love Island villa is 2019.

A friend of Joanna’s was reported to have said at the time: “Ben has been left furious by her going on the show even though he dumped her at the end of last summer as he wanted to be single.

“They had stayed good friends until when she told him she was going on Love Island. She thought Ben was partying too much and he thought she was the right person at the wrong time.”

Joanna has gone on to work as a model and establish herself as a successful social media influencer with a massive 744k Instagram followers.

Since his split from model and influencer Joanna, 25, Ben appears to have kept his love life under wraps.

His Instagram account is dedicated to his sporting life, peppered with shots of himself with teammates and in training gear.

We’re sure Ben’s got plenty of admirers cheering him on from the stands and it won’t be long before the baller finds love again.