Home » Lifestyle » Which Beatles Movie Did the Band Win an Oscar for?

Which Beatles Movie Did the Band Win an Oscar for? There’s a reliable way to watch the movies The Beatles appeared in: Just enjoy the tunes. Even with Richard Lester in charge and the amusing scenarios of A Hard Day’s Night (1964), the last thing on the gang’s minds was an Academy Award. (The Grammys were their stomping grounds.)

Nonetheless, that first Beatles picture did garner two Oscar nominations (for its script and movie score). Later films, including Help! (1965) and Yellow Submarine (1968), weren’t quite as well-received by the critics.

However, they did garner better reviews than the BBC’s Magical Mystery Tour (1967). That TV movie received notices ranging from “tasteless nonsense” to “blatant rubbish” in its day.

Yet The Beatles did end up in an Oscar race a few years later — just after the band ceased being a band. In some ways, it was typical for getting recognized by the Academy. Wait until you’re no longer in the game and you have a shot. 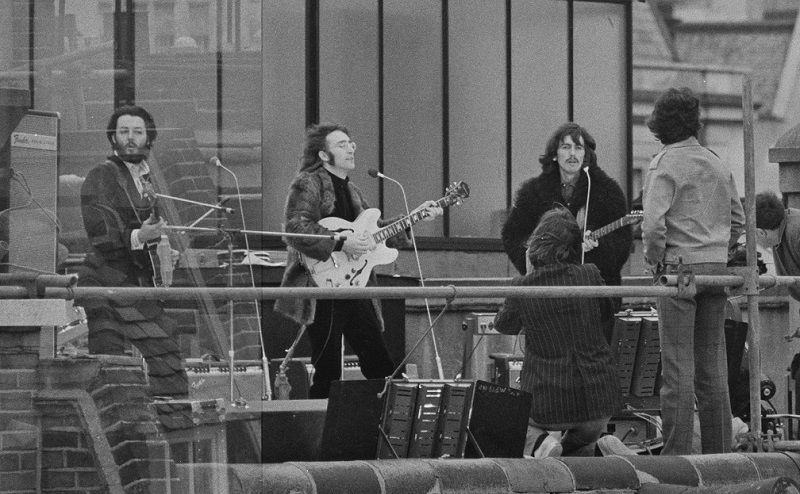 By 1971, the four ex-Beatles were on their own recording albums, scoring No. 1 singles, and generally enjoying life as successful solo artists. The prior year, Michael Lindsey-Hogg had released Let It Be, a film that chronicled the final weeks of The Fab Four.

In the documentary, you see lots of Beatles grumbling at one another and everyone generally unhappy with the situation. However, you also see them working on and performing exquisite songs (including the title track) from their late albums.

Eventually, they go to the roof of the Apple Records building and give the world what it had been missing for years: a live Beatles performance. As they wail through “Don’t Let Me Down,” the audience can’t help but be rocked by the moment. The Beatles were done, and everyone was a little let-down.

But when the winner of the 1971 Best Music (Original Song Score) Oscar was announced, it was theirs.

The ‘Let It Be’ song score beat a few Hollywood heavyweights. 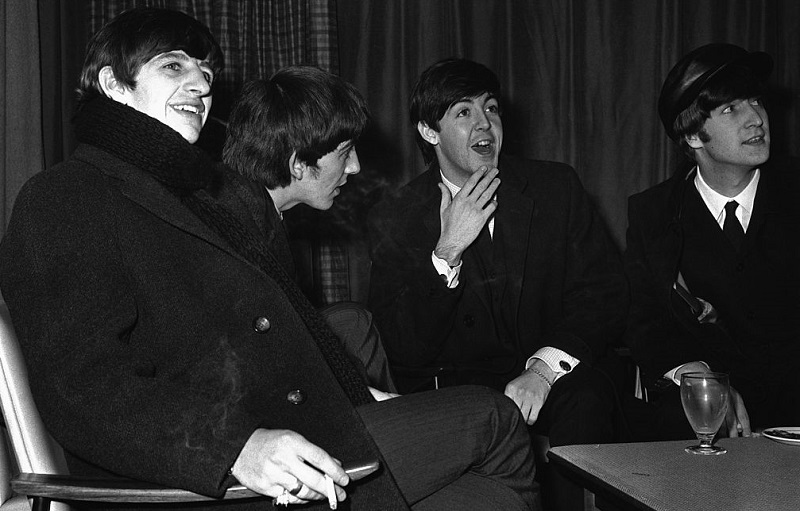 While you might consider Let It Be a shoe-in for such an award, The Beatles had to garner more votes than some Hollywood heavyweights. Other nominees included Vince Guaraldi and other songwriters for A Boy Named Charlie Brown and the mighty Henry Mancini for Darling Lili.

But the Oscar went to the Fab Four. Not surprisingly, no one from the then-defunct group was on hand to receive it. Quincy Jones, who was conducting the orchestra at the Oscars ceremony, ran up and accepted the award on the band’s behalf before racing back to the pit to pick up his baton.

It’s definitely a wacky moment in Oscars history, but we imagine it would have been even more awkward had The Beatles been there to collect it themselves.

If you’re keeping score at home, the only Beatle to receive an Oscar nomination since then is Paul McCartney. He got his first Best Song nod in 1974 for the title track on Live and Let Die.

Twenty-eight years later, Paul was back at it again with a Best Song nomination for “Vanilla Sky,” the title track to the 2001 Tom Cruise film.

Though he hasn’t won an Oscar on his own yet, never count Paul — whose last No. 1 record dropped in 2018 — out of the running.