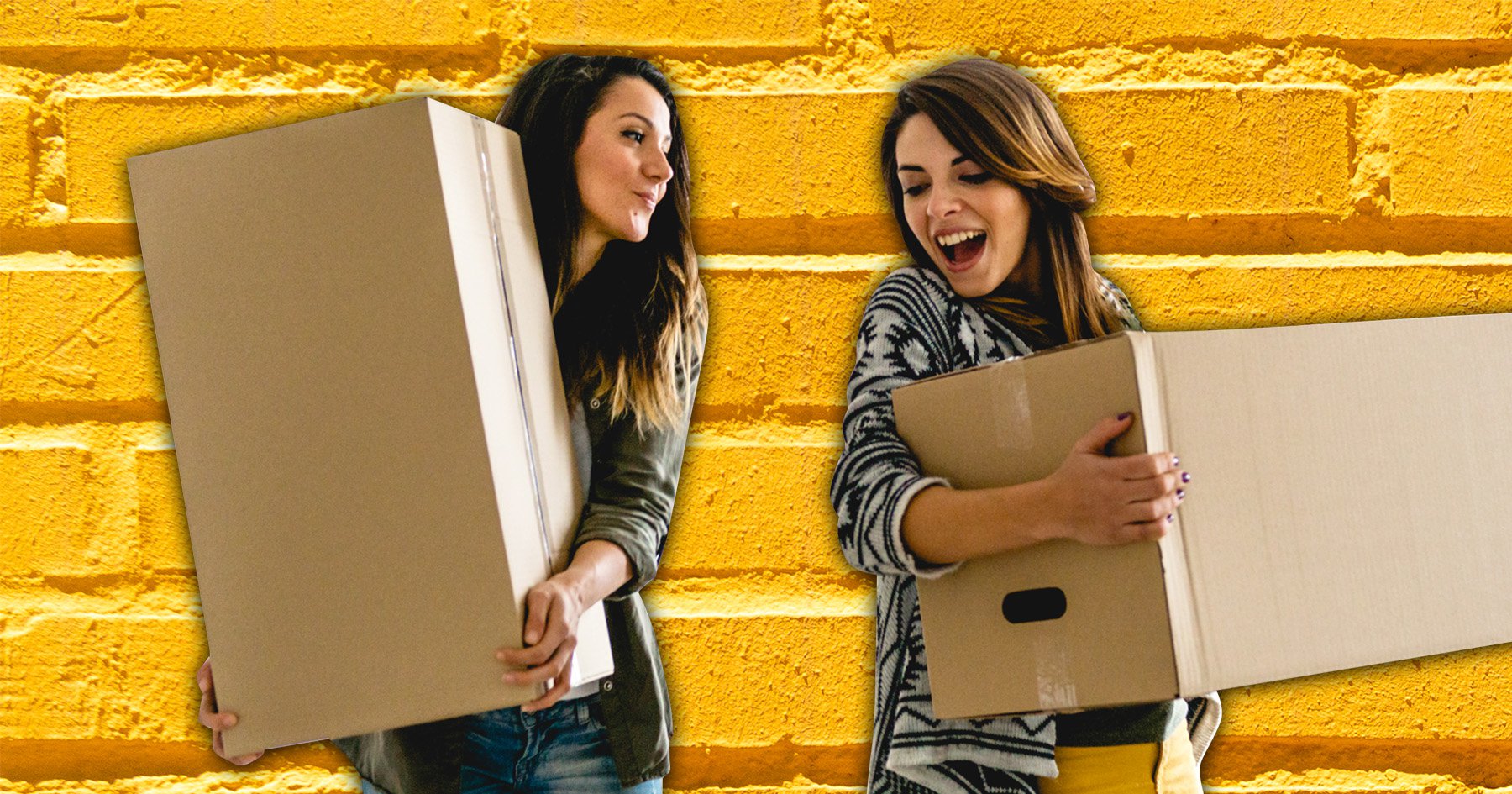 Stereotypes are usually a bad thing: why generalise and put people in boxes when we’re all unique and special?

However, sometimes clichés can reveal societal trends – and even teach us about relationships in the process.

The ‘U-Haul lesbian’ trope started as a joke by comedian and actor Lea DeLaria about how, anecdotally, women in same-sex relationships move in together quickly after meeting.

‘A U-Haul’ is the punchline to the question ‘What does a lesbian bring on a second date?’ – in reference to the US removal van rental service.

This is subjective pigeonholing, but for the most part isn’t cruel, rather an ‘in joke’ among the LGBT+ community. And it’s also something that all of us may be able to learn from in our relationships.

‘It’s a counter balance to the heterosexual stereotype of the commitment-phobic straight man who is pathologically unable to take the plunge,’ senior therapist Sally Baker tells Metro.co.uk.

From the talking stage to the ‘what are we?’ chat, there are a series of apparent hurdles between modern-day heterosexual couples and exclusivity.

While it’s certainly not the case that all lesbian relationships ramp up in seriousness earlier on, the so-called ‘urge to merge’ is a real phenomenon.

In Queer Blues, authors Kimeron Harding and Marny Hall write: ‘Lesbians have never had the chance to safely rehearse the courtship rituals that most heterosexual couples had ample opportunity to practice in their teen years.’

As a result of long delayed gratification, they claim that some LGBT+ people – particularly those who were unable to be open about their sexuality in childhood – seek intimacy and intensity in their relationships in adulthood.

Essentially, after a life of secrecy and shame, they’re saying no to games and arbitrary rules of how things should progress.

It seems to be a successful way of doing things. Various studies have found that same-sex couples are more satisfied in their relationships than heterosexual couples, and long-term research revealed that lesbian relationships were more stable and satisfactory than their mixed-sex counterparts.

Women who have sex with women even report orgasming more and having longer sex sessions, too.

But this doesn’t necessarily mean moving quickly is the key to a happy, fulfilling partnership.

Sally says: ‘Another well used lesbian trope is that although passion might burn fierce at the beginning of a new relationship it rapidly become a death bed scenario, where sex becomes a distant memory halfheartedly revisited for birthdays or high days.’

The concept of ‘lesbian bed death’ is based on statistics showing that women in relationships with women have sex less than straight women. Yet, although evidence shows that frequency of sex is lower in long-term lesbian relationships, it also shows that these encounters are ‘more prolonged, intense, and orgasmic.’

Through this, we can see how queer women’s relationships don’t always follow the same rulebook. From U-Haul daters to not-so-dead bedrooms, there’s clearly happiness to be found by doing things on our own terms.

‘What matters when first meeting someone is your gut reaction to whether they are coming on too strong or holding back. The measure is how you feel about their behaviour.’

Intense affection early on in a relationship can be part of a form of abuse called love bombing. However, it can also be genuine; merely a direct way of approaching romance.

Sally continues: ‘Do you feel comfortable or is there a degree of ick? Your ick is your intuition letting you know you’re not sure about someone – and it’s always worth noticing any hunches you have with people, as they are frequently right.’

When it’s right, it’s right. Just make sure to listen to your gut if it’s feeling wrong.

If it does feel like too much too soon, avoid big steps like cohabiting, joint finances, and marriage and children. This means you’re not legally tied to the other person, reducing the fallout if you do part ways.

Regardless of your sexuality, no time limit or route map can fix a bad relationship (or ruin a good one). We all know long-married pairs who wed after a few dates or happy couples who have no desire to live together.

If you want intimacy, exclusivity, or commitment, you don’t need to wait around to ask for it.

To celebrate 50 years of Pride, Metro.co.uk has teamed up with Kyiv Pride to raise money for their important work in Ukraine.

Despite war raging around them, Kyiv Pride continue to help LGBTQ+ people, offering those in need shelter, food and psychological support.

We will be splitting the cash with a grassroots charity closer to home.

You can donate here

Rush Hour Crush – love (well, lust) is all around us

Tell us about your Rush Hour Crush by submitting them here, and you could see your message published on the site.

This year marks 50 years of Pride, so it seems only fitting that Metro.co.uk goes above and beyond in our ongoing LGBTQ+ support, through a wealth of content that not only celebrates all things Pride, but also share stories, take time to reflect and raises awareness for the community this Pride Month.

And we’ve got some great names on board to help us, too. From a list of famous guest editors taking over the site for a week that includes Rob Rinder, Nicola Adams, Peter Tatchell, Kimberly Hart-Simpson, John Whaite, Anna Richardson and Dr Ranj, we’ll also have the likes Sir Ian McKellen and Drag Race stars The Vivienne, Lawrence Chaney and Tia Kofi offering their insights.

During Pride Month, which runs from 1 – 30 June, Metro.co.uk will also be supporting Kyiv Pride, a Ukrainian charity forced to work harder than ever to protect the rights of the LGBTQ+ community during times of conflict. To find out more about their work, and what you can do to support them, click here.