Home » Lifestyle » WATCH: Kyla Pratt Talks 'Call Me Kat' And Her Hilarious Reaction To Learning About The 'Proud Family' Reboot

WATCH: Kyla Pratt Talks 'Call Me Kat' And Her Hilarious Reaction To Learning About The 'Proud Family' Reboot 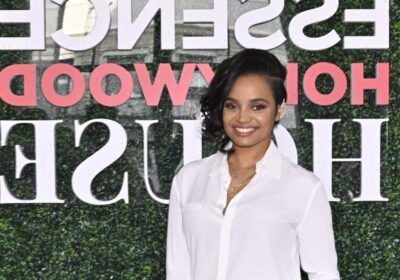 TV, film, and animation voice actress Kyla Pratt has been coming to our screens for over two decades. Now, an adult with two kids of her own, the starlet has an outlook colored by years of experience and prioritization of family and self.

To see more of what you missed from ESSENCE Hollywood House, watch the entire show HERE.

While chatting with ESSENCE GU Associate Editor Brooklyn White during a fireside chat presented by WB at ESSENCE Hollywood House in Los Angeles, the actress revealed that though she enjoys social media, she’s also been intentional about maintaining her privacy.

“I love social media. I think it’s fun at times, but I have kids now, and they’re the most important thing to me,” Kyla said. “I want to share them a little bit, but I don’t want y’all to have my babies’ entire childhood. Like, damn, what’s for me? So I try to find the balance of giving a little bit without too much. I still like the old ways of leaving some type of mystery. I want you guys to watch me on something and see the character that I’m playing and not ‘Kyla ‘all the time. I think it’s harder when people give a lot more of themselves to really be able to develop a character without someone saying ‘Oh, that’s her.’”

The actress currently stars opposite fellow former ’90s child actress Mayim Bialik on the Fox sitcom Call Me Kat, an experience she says has been a pleasant one due to the diversity of the cast and the genuine effort Bialik has made as an executive producer to ensure that her fellow castmates are as comfortable as possible on set.

“It’s nice to be in a place where you feel seen and accepted as the person you are,” she said. “Working with Mayim Bialik, Miyam is the person who called me like, ‘Who do you want to do your hair and makeup? I want you and [castmember] Julian (Gant) to feel comfortable.’ So, I don’t have to go to work and be like, Ok this [stylist] doesn’t know how to do my hair so I gotta go re-do it in the back…which I’ve done several times before on [other] sets.”

Kyla also shared what it was like workin with Issa Rae on season 4 of Insecure, her hilarious reaction to getting the call about The Proud Family Reboot and much more. Check out the video above to see the conversation in full. For more of everything you missed at the third annual ESSENCE Hollywood House, click HERE.