Home » Lifestyle » Wait, How Much Did Kanye West Earn From His ‘Donda’ Listening Parties?

Wait, How Much Did Kanye West Earn From His ‘Donda’ Listening Parties?

Making it rain! Although Kanye West‘s album Donda has not been released yet, his listening parties have helped him pull in an estimated $12 million so far.

West, 44, was able to make such a hefty profit from his elaborate events due to the surprise guests and creative ideas supporting the never-before-heard songs, according to Billboard. 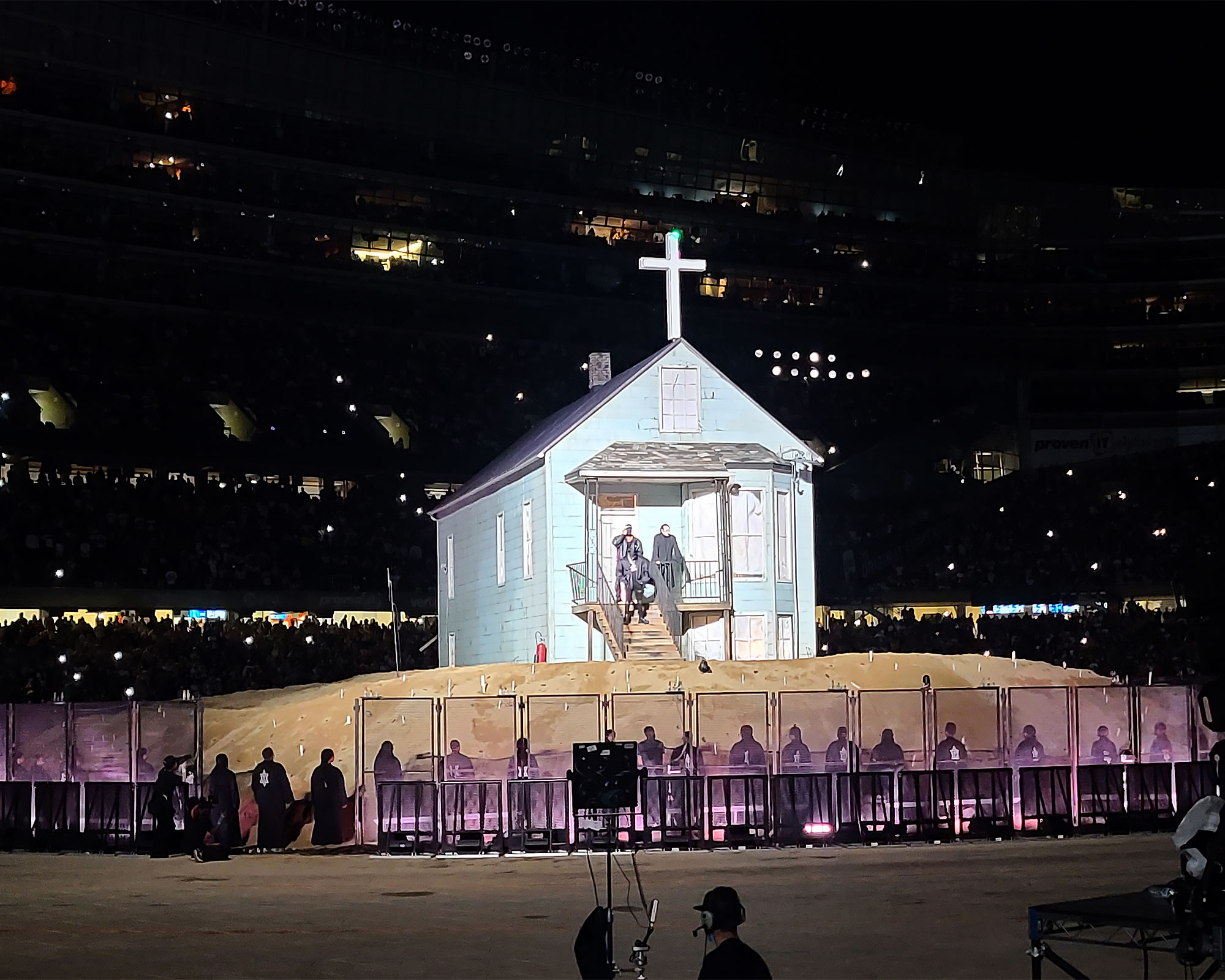 Although the rapper was originally planning to release his 10th studio album in July, the date was pushed back to make room for a sold-out concert in Atlanta’s Mercedes-Benz Stadium. Tickets cost between $25 and $100 and the event was also available to stream on Apple Music for free.

After the first listening party, fans started to wonder whether the Grammy winner was staying at the venue while he worked on his album after he was seen in the stands two days later.

“So apparently Kanye West is still walking around Mercedes-Benz Stadium in his #DONDA release party fit,” one social media user tweeted with a photo of the record producer in the same red snowsuit and stocking mask that wore for his concert.

West later confirmed that he was still spending time at the stadium when he posted a photo of his accommodations via Instagram. For his second experience earlier this month, West reportedly earned $7 million from merchandise sales. The concert broke records at Apple Music with 5.4 million viewers.

During the event, audience members heard previews of some personal lyrics when West referenced his estranged wife, Kim Kardashian.

“Sixty million dollar home, never went home to it,” he said, later adding, “Ask Kim, What do you love? Hard to find what the truth is.”

In another song, he sang, “I’m losing my family.” Kardashian, 40, showed support for the Yeezy designer by attending all of his listening parties after filing for divorce in February. The pair even wore matching outfits for one the special occasions.

On Thursday, August 26, the songwriter performed at Soldier Field in Chicago on a stage that had a replica of his childhood home as the main backdrop. After having DaBaby and Marilyn Manson join him on stage, West proceeded to light himself on fire as part of the event. When the flames were extinguished, the SKIMS founder joined West on stage in a wedding dress so they could recreate their 2014 nuptials.

One day after the shocking performance, a source exclusively told Us Weekly that the reality star was eager to be included.

“Kim supports Kanye and was happy to be on stage in a wedding dress,” the insider added. “She has always respected his art and ideas and was all in for the performance.”

While West has been successful with the listening events, it is still unclear when the album itself is set to drop. Apple Music currently has the release date as September 5.