Vintage photos that show what voting used to look like 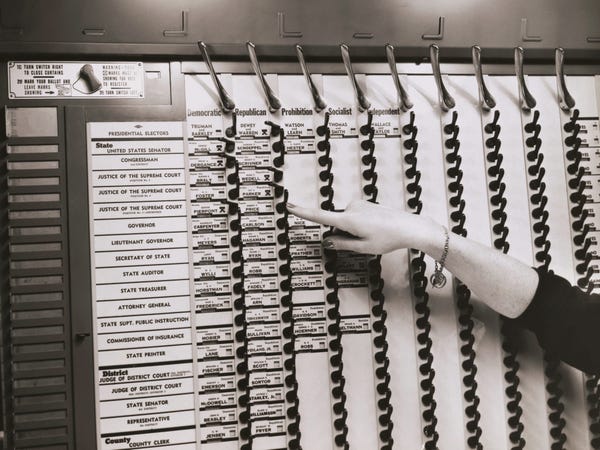 The process of voting has changed a lot over the past 100-plus years.

In the early 1900s, it wasn't uncommon for people to cast paper ballots and deposit them in a traditional "ballot box." However, as technology advanced, automatic and electric systems of ballot-counting were introduced.

Here are 13 vintage photos that show what voting used to be like.

At one time, people would write their chosen candidate's name on a ballot and drop it in a ballot box. 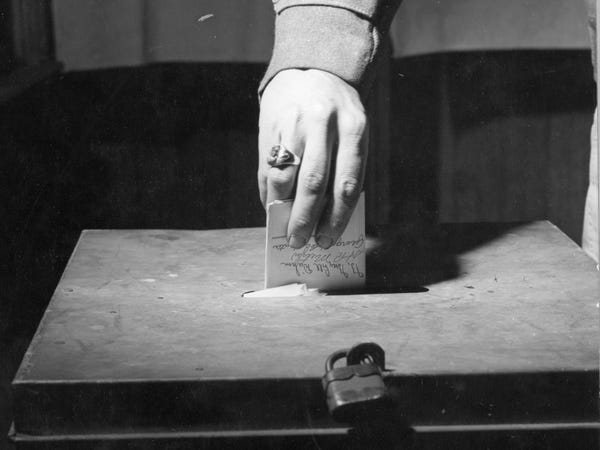 After parties started distributing fliers with just their candidates' names on them — so voters could easily drop them in ballot boxes — the US adopted the Australian ballot, or secret ballot, in 1888, which listed all the candidates. Filled-out ballots were deposited into locked boxes and later counted by hand. 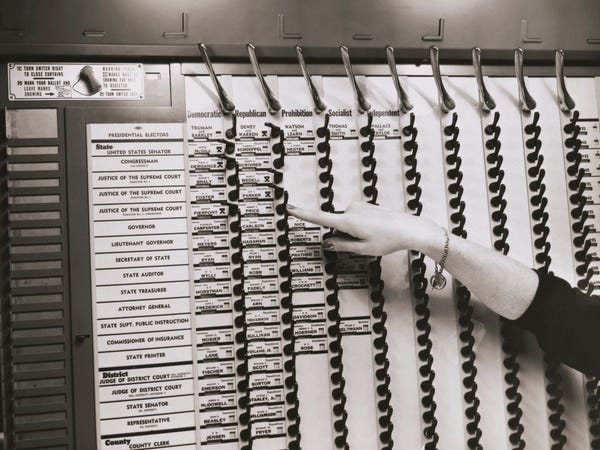 According to Britannica, the first mechanical lever voting machine was patented in 1889. The machine gained popularity in the early 1900s and was able to speed up the process of vote counting.

Rather than being counted by people, the machine would mechanically record the number of votes for each candidate.

To cast their vote, people would flick the switch on their desired candidate. 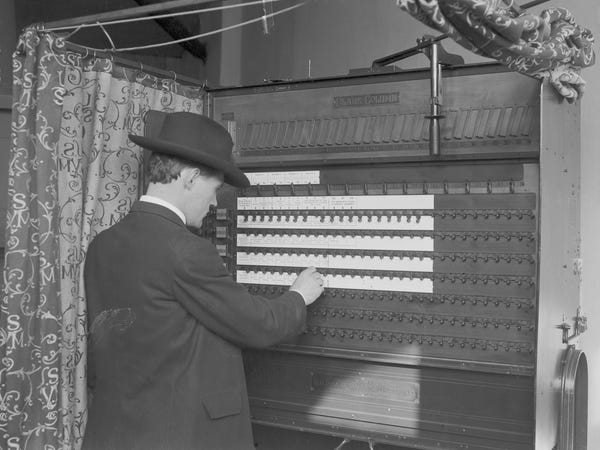 Pictured, a man votes circa 1905. The machines didn't require electricity and were extremely popular.

In the 1900s, restrictions and discrimination prevented certain groups from voting. 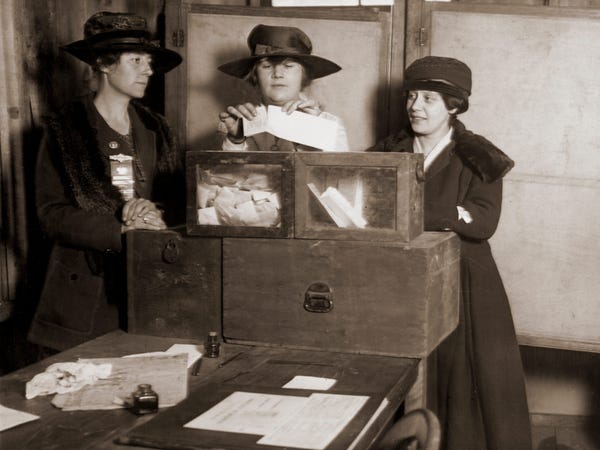 The earliest voter requirements stated men aged 21 and older who owned land were the only ones permitted to vote. In 1920, the 19th Amendment to the Constitution was ratified, giving women the right to vote nationwide — however, it would still be decades before all women could vote. Poll taxes and literacy tests prevented many marginalized groups from being able to exercise their right to vote.

Voting booths were designed to ensure privacy for voters. 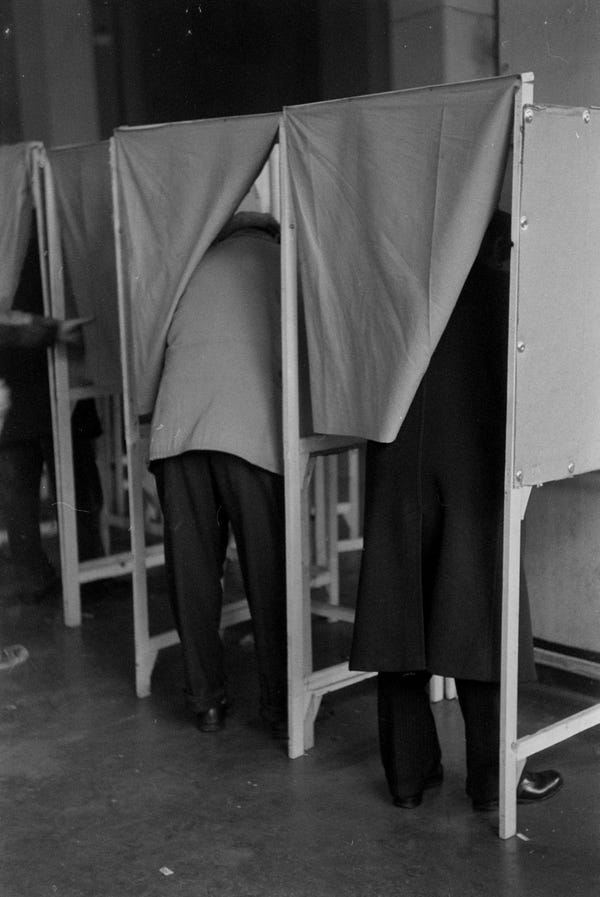 Voting booth curtains also had a functional use. According to History, after the person had finished voting, pulling the curtain open would automatically clear the levers for the next voter.

In the 1960s, punch-card voting systems came onto the scene. 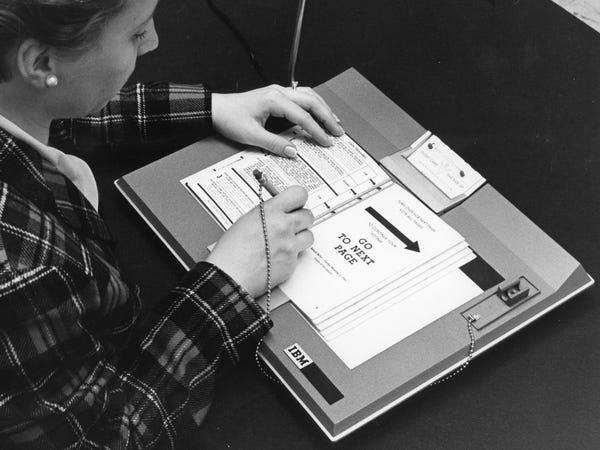 To cast their ballot, voters would punch holes in a card which then dropped into a ballot box. Punch-card votes could be instantly tallied by computers, making election night a lot less stressful for poll workers.

However, some punch-card votes couldn't be tallied due to errors. 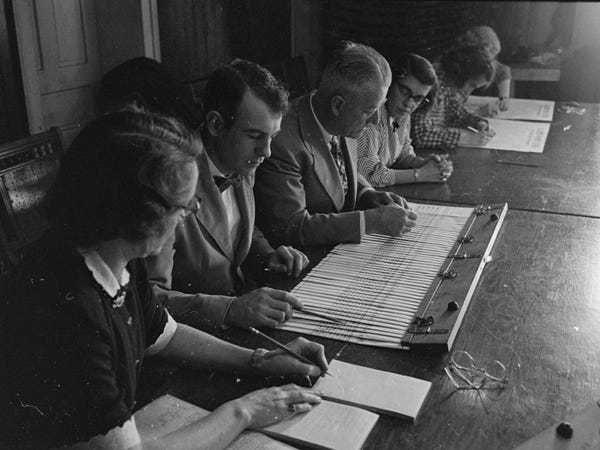 According to History, one downfall of punch-card voting was the chance of error in "chads," the "small rectangle of paper that's popped out of a punch card when the voter makes their selection."

If the chad was dimpled or not completely detached from the machine, there was a chance the ballot would be discarded. 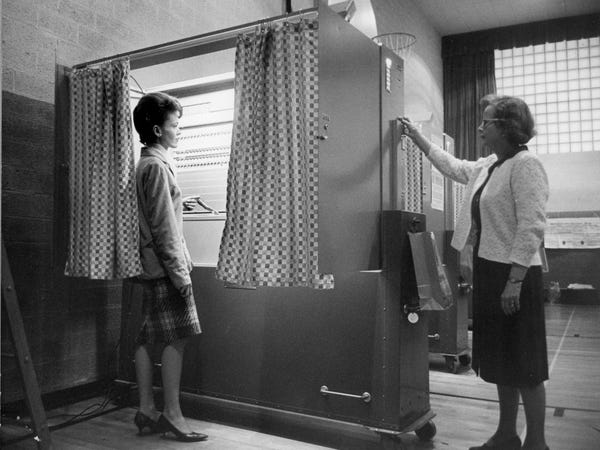 The machines were the most widely used voting method from 1910 until 1980. According to History, at their peak, automatic voting machines dominated 80% of the market. 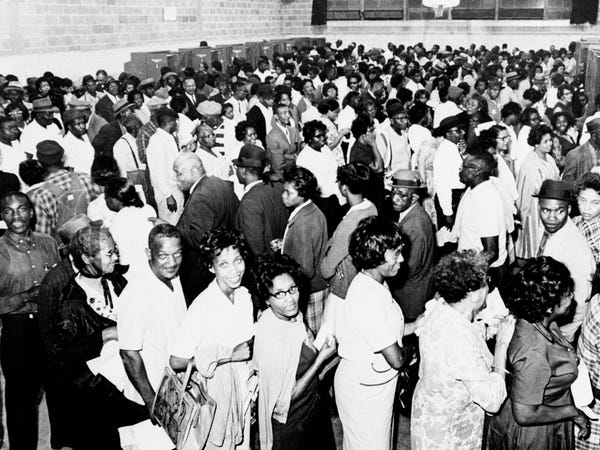 In 1964, the federal Civil Rights Act was passed to ensure all men and women age 21 and older would be granted the right to vote, regardless of race, religion, or education level. Poll taxes were also eliminated with the passing of the 24th Amendment to the Constitution.

Absentee ballots have been actively used since the Civil War. 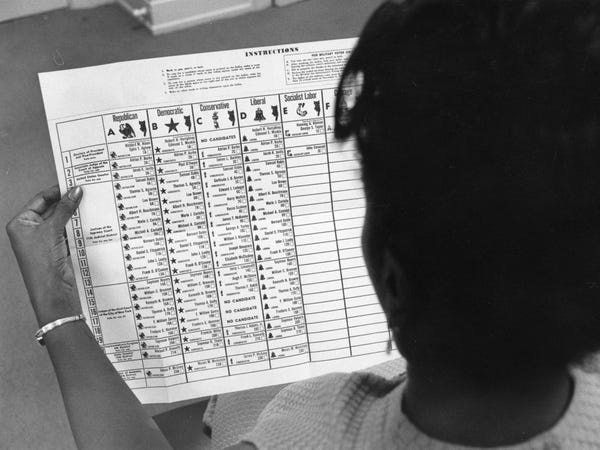 President Abraham Lincoln advocated the use of absentee ballots for soldiers fighting in the war, saying, "We cannot have free government without elections, and if the rebellion could force us to forgo, or postpone a national election, it might fairly claim to have already conquered and ruined us."

The option of absentee voting was later extended to non-service members. 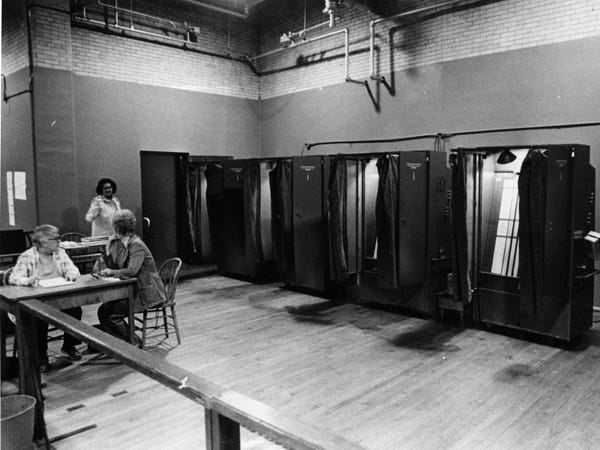 In the late 1970s, California introduced a type of early voting called "no-excuse absentee balloting." Voters no longer had to have a valid excuse for not being able to make it to the polls on election day. 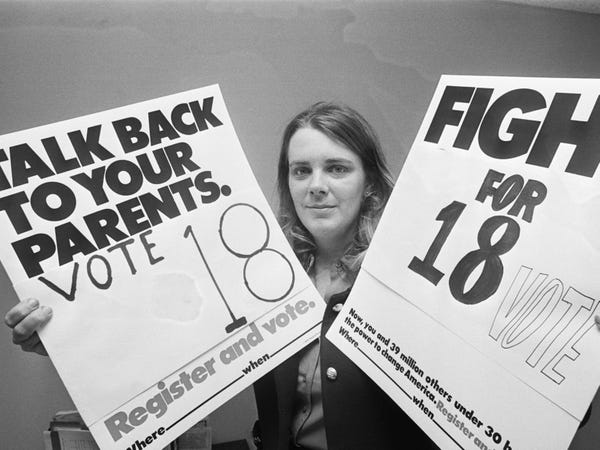 Historians argue that the decision, ratified through the 26th Amendment, largely happened as a result of the Vietnam War.

Before the 1980s, people with disabilities weren't ensured equal opportunities to vote. 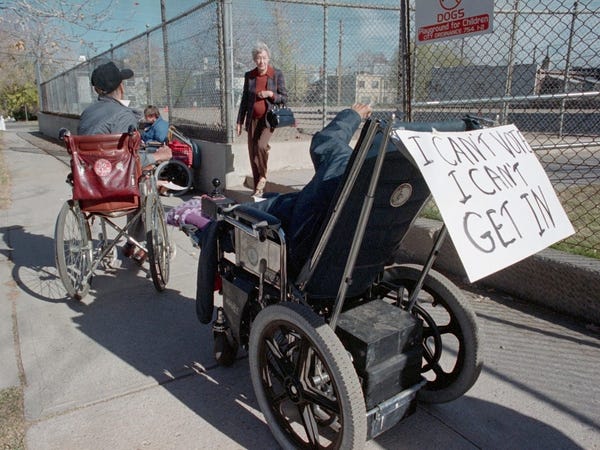 In 1984, the federal Voting Accessibility for the Elderly and Handicapped Act required polling places to be equipped with ramps and accessible ballots for blind or sight-impaired voters.