‘Is this how millennials fight?’ Video of two men having a hilarious non-violent street battle using ONLY one-fingered salutes goes viral – but cynics say it’s staged

A street fight that sees two men furiously showing each other the middle finger during an argument has had more than 13.3million views on social media.

Posted by Instagrammer ‘apieceofguy’, the 25-second clip has left Twitter in hysterics at the sight of two grown men ‘flipping the bird’ in fury.

Filmed in Mercer Street in Soho, New York, the footage begins with the two chaps squaring up to each other. 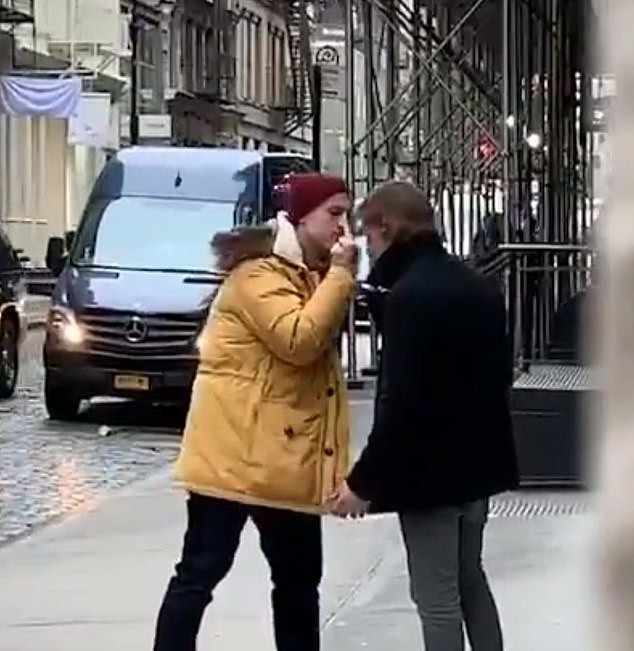 Footage posted by apieceofguy on Twitter has gone viral, with 13.3million people now viewing the clip of two men fighting – with their middle fingers – on a New York street 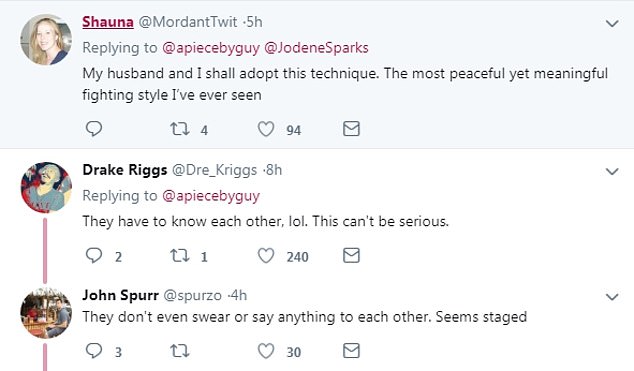 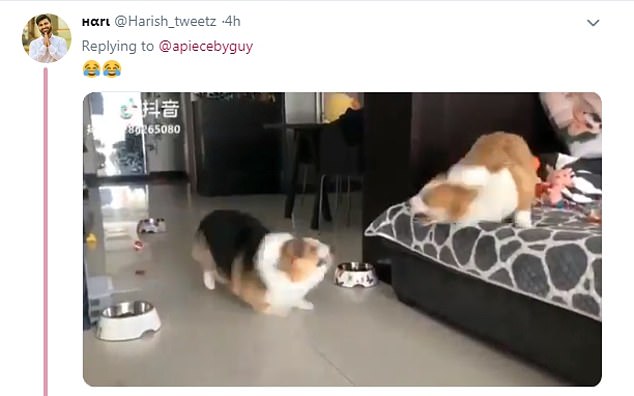 As the anger takes hold, one of the men uses the one-fingered salute…and finds his insult reciprocated. And so the altercation continues, in exactly the same style.

The non-physical drama continues spills onto the Soho street, despite oncoming traffic, with each men putting 100 per cent into making it clear how they feel.

After posting it, @apiecebyguy wrote simply: The most intense fight I’ve ever seen’ and more messages quickly flooded in as the video whirled around Twitter.

@Rob_Gray20 added: ‘It’s like air fencing with their fingers’ while @JaredBingham42 compared it to J K Rowling’s battle scenes: ‘This is essentially the same as the battle at Hogwarts scene in Harry Potter, just without the magic blue fireballs.’ 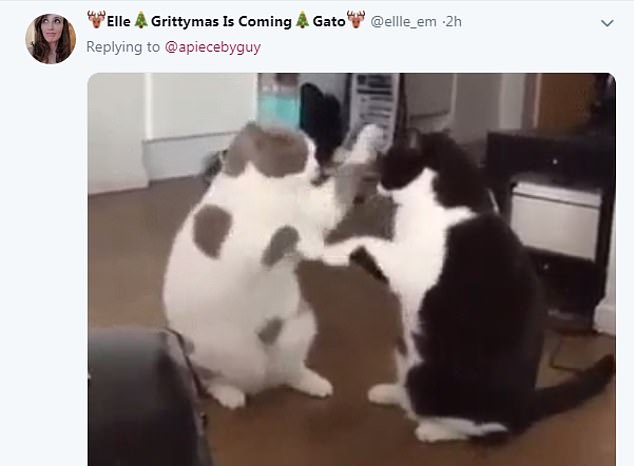 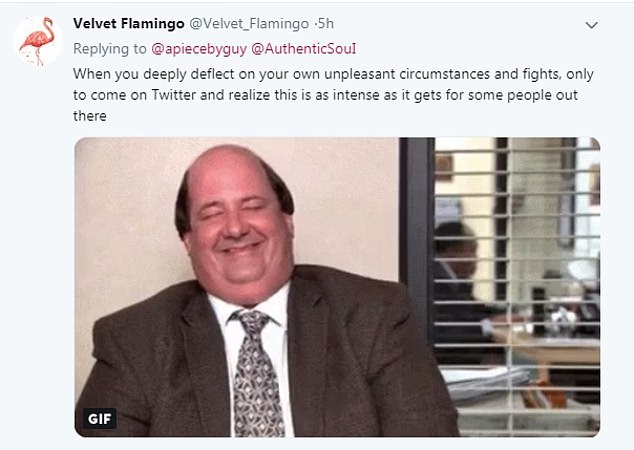 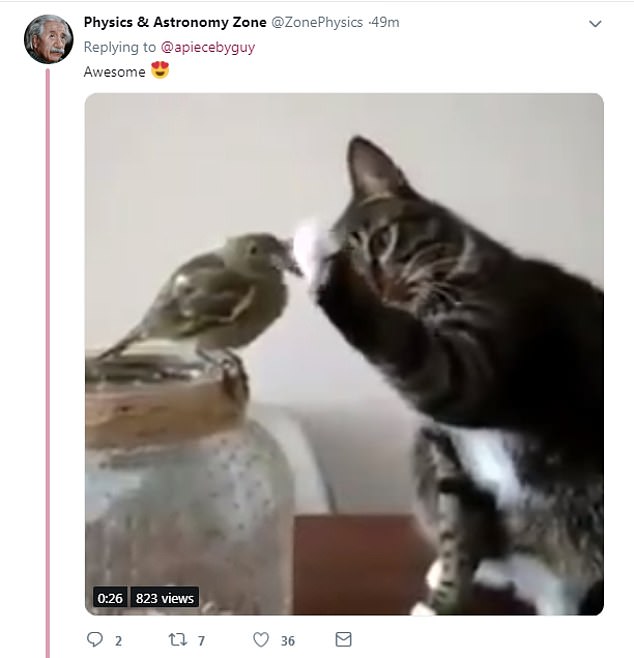 Many suggested that this was simply how millennials go to battle in the 21st century.

@grey341 wrote: ‘This is Soho right? I don’t condone bullying but how are millennials meant to fight? Has anyone studied the effects of zero tolerance anti-bullying legislation, passivity and the general message of anti-violence so prevalent today on one’s ability to defend oneself if needed?’

@kimlockhartga quipped ‘It’s like bird ballet’ and @MordantTwit wrote: ‘My husband and I shall adopt this technique. The most peaceful yet meaningful fighting style I’ve ever seen.’

Quickly though, people began to smell a rat, suggesting that the men in the video knew each other and the clip was staged. ‏

@Dre_Kriggs quizzed: ‘They have to know each other, lol. This can’t be serious.’

@spurzo added: ‘They don’t even swear or say anything to each other. Seems staged.’