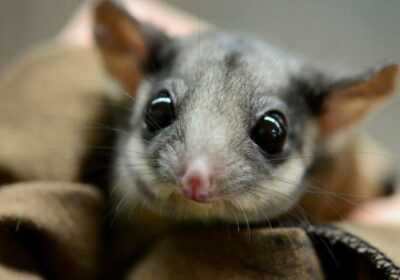 A landmark judgement that enforced federal environment laws over logging operations has been overturned in the Federal Court. 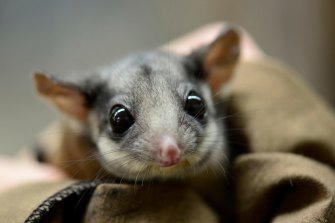 VicForests has won its appeal against a Federal Court judgement that ruled its logging operations were subject to federal environment protections for the critically endangered Leadbeater’s possum. Credit:Justin McManus

The Federal Court in May ruled in favour of local environment group Friends of Leadbeater’s possum, which argued VicForests had breached the federal Environment Protection Biodiversity Conservation (EPBC) Act when it logged forest coupes in the Central Highlands region.

Until then, an effective exemption from federal laws had been applied to logging undertaken in areas that are covered by Regional Forestry Agreements. RFAs are drawn up by state governments and co-signed by the federal government.

The EPBC Act contains protections for listed threatened species – including the vulnerable greater glider and critically endangered Leadbeater’s possum which live in the Central Highlands.

However, commercial logging operations had been exempted from legal requirements to protect threatened species under the EPBC Ac if the state provides a plan to “balance” the impact of logging on flora and fauna with economic factors.

That precedent was overturned when Justice Debra Mortimer found in favour of Friends of Leadbeater’s Possum, finding that logging within an RFA area was subject to the EPBC Act. She issued orders in August that barred VicForests from logging in 41 of the 66 Central Highland forest coupes which are covered by the Central Highlands RFA.

But three judges of the Federal Court upheld on Monday VicForests’ appeal against Justice Mortimer’s judgement. They found that if logging is conducted within an RFA zone it is exempt from federal law – even if it breaches state laws and the RFA.

While the judges ruled in favour of VicForests’ first appeal, it dismissed the other 21 and upheld the original judgement that the logging agency had breached conditions of Victorian environment laws.

Friends of Leadbeater’s Possum are considering appealing to the High Court over today’s judgement and is applying to keep injunctions on logging in place while they do so. President of the community groups Steve Meacher said the judgement was disappointing.

“Logging in native forests is killing threatened species and destroying their critical habitat,” he said. “This battle is not yet over.”

Environmental Justice Australia chief executive Nicola Rivers said VicForests’ appeal had been upheld “despite findings that VicForests’ logging destroyed critical habitat for species at high risk of extinction, has driven decline of the critically endangered Leadbeater’s possum, and may have killed hundreds of threatened greater gliders”.

Wilderness Society national campaigns director Amelia Young said despite Monday’s judgment that the Federal Court doesn’t have jurisdiction over logging activity when an RA is in place, it still upheld the previous judgement that VicForests had breached environmental protections.

“In effect, the full Court agreed with The Honourable Justice Mortimer that VicForests was and is manifestly impacting on the survival of endangered species but disagreed that it is their Court’s responsibility to curtail these impacts,” Ms Young said.