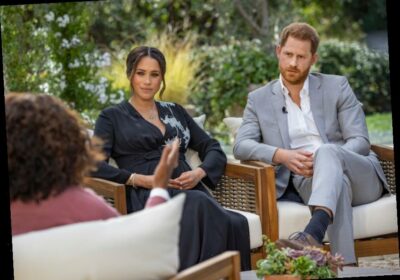 The interview special, titled Oprah With Meghan And Harry, has been licensed in more than 15 territories, including Australia (Network 10), Canada (Global TV), and the UK (where ITV announced its deal on Wednesday).

Promising big revelations, the interview has been a hot property for ViacomCBS Global Distribution. In promos for the special, Winfrey makes clear that there is no subject “off-limits.” In one clip, Winfrey asks Markle how the royal family would react to her “speaking her truth” in the interview.

“I don’t know how they could expect that after all of this time we would still just be silent if there is an active role that the firm is playing in perpetuating falsehoods about us,” Markle says in the interview, which was filmed last month.

Winfrey will speak with the Duchess of Sussex initially, covering everything from stepping into life as a royal, marriage, motherhood, philanthropic work, and how she is handling life under intense public pressure. Later, the two are joined by Prince Harry as they speak about their move to the U.S.

Oprah with Meghan and Harry is produced by Harpo Productions. Executive producers are Terry Wood and Tara Montgomery. Brian Piotrowicz is co-executive producer. It airs on CBS at 8PM on March 7.