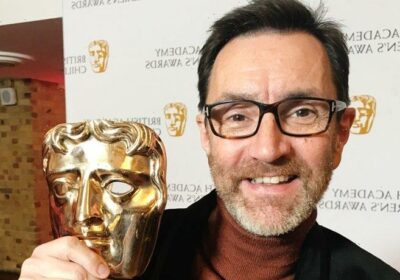 EXCLUSIVE: One of the BBC’s longest-serving kids executives, Michael Towner, responsible for the likes of Teletubbies and Andy and the Band, is exiting after nearly three decades with the corporation.

Deadline understands Towner has taken voluntary redundancy and his Senior Commissioning Editor role will be closed.

The BBC will subsequently recruit for an animation commissioner for ages 0-6, coming at a time when BBC Children’s & Education boss Patricia Hidalgo is prioritizing animation. She recently launched a fund and issued a callout for a British equiavlent of The Simpsons.

Towner joined the BBC 27 years ago and has worked across Children’s for most of that time, producing, directing and commissioning shows for linear channels CBBC and CBeebies.

He has produced and directed the likes of Teletubbies, Blue Peter, Get Your Own Back and the BAFTA-nominated Something Special, along with commissioning titles including Twirlywoos, Waffle The Wonder Dog and Andy and the Band.

His boss Kate Morton, BBC Children’s Head of Commissioning And Acquisitions, 0-6, described him as a “brilliant commissioner, who will be dearly missed by all who work alongside him and we wish him the very best for the future.”

Towner’s departure comes at a time of change for Hidalgo’s department as CBBC and CBeebies prepare to move online.

Deadline revealed earlier this month that the team’s digital department is to be restructured and Hidalgo has also overseen the in-house production team’s move to BBC Studios and changed the way in which content is commissioned by bringing commissioning and acquisitions under one roof.