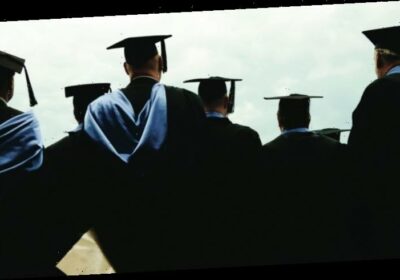 The number of new Indian students choosing to study at Australian universities collapsed by more than 80 per cent in the second half of 2020, in a further blow to the country’s more than $30 billion international education system.

The Indian student market was worth $6.6 billion to the Australian economy in the 2019-20 financial year, second only to China as the top source country of foreign students studying in Australia. 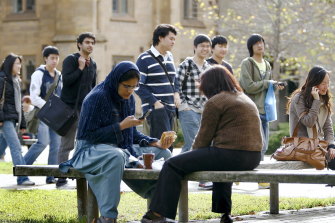 The intake of international students at Australian universities declined across the board in the second half of 2020, but the drop off in new enrolments from Indian students was especially sharp.Credit:Eddie Jim

But the impact of ongoing border closures has proved devastating for universities’ recruitment efforts. Around 2500 Indian students began studying at Australian universities between July and November last year — a decline of 83 per cent compared with the same period in 2019, data from the Department of Education shows.

In contrast, new commencements from Chinese university students declined by just over 8 per cent to around 8600 students over the same period. It is unclear how many international students elected to defer their universities studies in 2020 as the data has not been made public.

Ravi Singh, managing director of Global Reach, which recruits south Asian students to universities across the world, said his organisation had noticed a 50 per cent decrease in the numbers of students registering their interest to study in Australia at open day events in India, Nepal and Bangladesh.

“As a contrast, Global Reach has doubled inquiries for UK and Canada. This is very concerning,” Mr Singh said.

“Even though we are recognised in the market as an Australian education specialist, the interest even amongst our pipeline students seem to be changing for the destinations that are open: UK, Canada and the US.”

“We can’t keep counselling the students that Australia has contained the virus and classes on the campuses is face-to-face. This means nothing to a student who is not able to travel to Australia even though visas are being granted,” he said.

The pandemic has exposed the heavy reliance on high fee-paying Chinese international students, particularly by the elite Group of Eight universities, as a key source of operating revenue. These concerns have been further heightened by fears that universities are the next target in China’s trade strikes on Australian industries, as reports emerged last month that Chinese authorities were directing local recruiters not to send students to Australia.

But less attention has been paid to the impact of border closures on the Indian market.

Dr Peter Hurley, a higher education expert at Victoria University’s Mitchell Institute, said the data indicated Indian students, who are more likely to enrol in regional and non-Group of Eight institutions, have been far less willing to begin their studies online compared with their Chinese counterparts.

“When you look at the [new students] data, it’s dropped across the board, but it’s the Chinese market that is holding up strongest,” Dr Hurley said.

“Even if the borders were to open, it’s not clear that the flow will return to the same levels they were at before the pandemic. It might take some time for those people to come back and enrol.”

Luke Sheehy, executive director of the Australian Technology Network, which includes the University of Technology Sydney and RMIT University as members, said Australia was facing “fierce competition” from other countries for Indian students.

“China and India are the two largest markets but clearly they are very different. Indian students want face-to-face teaching, and we haven’t been able to offer that this year. They can’t get here, so they are choosing other options,” Mr Sheehy said.

Education Minister Alan Tudge said overall international student enrolments in universities had declined by 5 per cent in 2020 “with many students from all nationalities continuing their study online”.

“Many Indian students were prepared last year to just defer for a 12-month period, but faced with another year of closed borders, they are now jumping on planes to the UK and Canada,” he said.