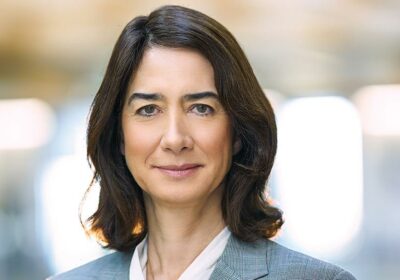 It was a quirk of fate that first set Cécile Frot-Coutaz on the path to becoming CEO of Sky Studios, to which she was appointed last year.

“I think we all have [those] moments that have quite an impact on your trajectory,” Frot-Coutaz tells Variety. “You may not really realize it when it happens, but when you look back later on, you can see the thread.”

For Frot-Coutaz, who is receiving Variety’s Intl. Achievement in TV Award at MipTV, that moment was a decision made by her father, a French research scientist, to accept a three-year posting just outside Washington, D.C., and bring his family with him. At age 8, Frot-Coutaz arrived in the U.S. not knowing a word of English and with little understanding of American culture. “In those days the world was less global,” she says. But she soon learned the language and “fell in love with the United States,” as its culture and diversity expanded her horizons. More than that, Frot-Coutaz adds, being “thrown into a completely foreign environment that you do not understand and that you have to understand, you have to adapt to, I think is an incredibly valuable skill.”

Frot-Coutaz returned to France to finish her education, majoring in business and eventually training as a management consultant. But looking at the all-male partnership of the firm where she was training, Frot-Coutaz quickly realized her future lay in a different industry. “I didn’t see myself in those leaders,” she recalls. “Therefore, for me, it wasn’t an inspiring or aspirational route.”

It also didn’t help that management consultancy turned out to be more about analyzing a business than building it. “You’re not the one rolling up your sleeves, getting your hands dirty and taking responsibility for the outcome,” she says. “Some people love it and that’s fine. But for me, it was deeply unsatisfying.”

That’s how Frot-Coutaz ended up working for the Pearson Group, a publishing company where she was initially responsible for strategy and M&A related to its TV business, Pearson TV (later to become Fremantle). Her boss there was one Greg Dyke, who would eventually be appointed director general of the BBC.

“On my first day, he said two things to me,” Frot-Coutaz recalls. “One was he didn’t trust the French and the second was that ‘strategy is when you [try to] rationalize something that has gone well.’

“I thought, ‘Oh, I’m French and I’m doing the strategy. This isn’t a good start,”” she laughs. Little did she know, “it was actually a very good start.”

Dyke became “one of the best mentors I ever had,” Frot-Coutaz says. He eventually appointed her to her first operational role in TV, looking after the Southern European region of a new business Pearson T V had just bought called All American Fremantle. When she expressed her surprise, “He said, ‘Well, what’s the worst that can happen?’” she says. “And that’s how I was just thrown into the operational part of television. I think that’s really when I fell in love with it.”

Dyke’s instincts were clearly spot on. Frot-Coutaz went on to spend more than 20 years at Fremantle, producing shows that doubled as cultural touchstones including “American Idol,” “The X Factor USA” and “America’s Got Talent,” alongside Simon Cowell, before rising through the ranks to become the company’s global CEO. Tellingly, even the notoriously hard-to-please Cowell sings her praises.

“[Cécile] is one of the smartest people I’ve ever met, one of the funniest also and certainly the hardest working,” he tells Variety. “I can genuinely say she’s the best partner I’ve ever had in my life and as a leader, she never gives up.”

In 2018, looking for a new challenge, Frot-Coutaz made the leap over to YouTube as head of EMEA, a role that fit perfectly with the global outlook she had honed at Fremantle. “It was really important to me, that we ran a global company,” she says. “And by that, I mean we didn’t treat non-English-language markets as ‘international.’ When you’re in France, you don’t think of yourself as international, right? You’re French, and you make French content for French customers, for French viewers. And so, to give each culture its space and to enable them creatively, was really, really important.”

Frot-Coutaz’s colleagues at YouTube were equally delighted to have her on board. “It was a career high for me to have Cécile as a colleague for several years running YouTube in Europe, the Middle East and Africa,” says Matt Brittin, president, EMEA, at YouTube’s owner, Google. “Her experience, clarity of thought, empathy and sense of fun make it a pleasure to work with her. She really helped our teams come together around YouTube in each country, understand and share the magic of the local content creators, the passion of the audience and the power of the platform for advertisers.”

While Frot-Coutaz describes her three years at YouTube as “an incredibly rich, wonderful experience,” ultimately it is primarily a platform and she soon found herself “missing the content.”

When the opportunity arose just three years later to lead Sky Studios, Sky’s production arm, Frot-Coutaz couldn’t resist. Not only is Sky both a platform and a content maker — a “really important” blend, she says — she was attracted by the fact that it is a direct-to-consumer business. “It’s a data-led business,” says Frot-Coutaz, her management consultancy training shining through. “The combination of a company that understands the importance of marquee and premium content together with the platform piece of it is incredibly compelling.”

Frot-Coutaz is approaching her first full year in the role, which she has indeed spent metaphorically rolling her sleeves up and getting her hands dirty, especially in terms of familiarizing herself with Sky Studios’ global portfolio, which includes Blast! Films, Jupiter Entertainment, True North and “Great British Bake Off” creator Love Prods., as well as a soon-toopen state-of-the-art production facility, Sky Studios Elstree.

“I’m not a creative. I never will be a creative,” Frot-Coutaz says. “But [at Fremantle], I took the time to really sit myself pretty deeply into the shows. … I was very, very involved with our shows and with the talent on the shows, because I think you have to show every show justice, you have to do what’s right for that creative proposition and you have to understand it and be on people’s sides.

“If you’re going to be a creative company, you need to enable creative people, and you give them a place where they feel they can do their best work,” she says.

That said, Frot-Coutaz “doesn’t always stay in the weeds,” she notes. “Once I’ve done my deep dive, and I have a good understanding, then I pull out and I [only] go in the weeds when I need to. But at the moment, I am probably quite a bit in the weeds.” Part of that is no doubt because Sky has what she describes as “very ambitious” plans: “The market is changing, it’s always changing, it’s very dynamic.”

One of Sky Studios’ top goals is to create flagship content that viewers associate with Sky. “We’re here to serve the Sky customers,” Frot-Coutaz says, citing shows such as “Gangs of London” and “Brassic” as those that have particularly resonated with audiences. “We’re not here to sell first to BBC or ITV, we’re here to serve content that our customers believe is worth paying for […] and obviously, we need to scale it up and do more going forward.”

Presumably, the pressure on Sky Studios is even more acute given that Sky’s HBO output deal will likely come to an end at the conclusion of the term. “We’re never going to be a volume player,” she says. “We’re not Netflix, we’re not going to be Netflix. The mission is to curate a slate of shows that are Sky Originals that obviously elevate our brand and our customers recognize as a key part of the offering.”

Among that offering is Sky Studios’ first-ever wholly in-house series, “The Rising,” which premiered at Berlinale Series in February alongside Sky Original “The Fear Index.” Still to come this year are “Blocco 181,” “Munich Match” and the return of “Gangs of London.”

Having worked on true juggernaut shows over the course of her career, not to mention a glittering roster of talent, is there one pinch-me moment that stands out above the rest? Frot-Coutaz briefly goes silent.

“Oh gosh, there’s been a number,” she says before picking one. “We were negotiating [fees] with Steven Tyler; he came on to ‘American Idol’ when Simon Cowell left,” she recalls. “And I got invited to his concert. Aerosmith was playing in Orange County. I was standing on the stage — on the side where the gear is — and between two songs, he came to me and whispered in my ear, ‘Not enough.’”

“That, in terms of anecdotes, is always a good one.”