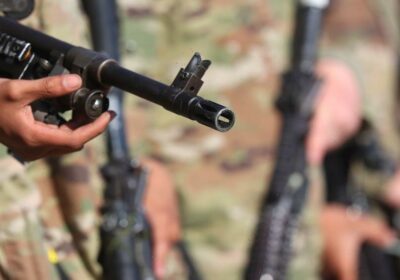 U.K. screen trade body Pact has called on its members to suspend all co-operation and trade with Russia.

In a statement released on Tuesday, Pact said: “Pact expresses our deepest sympathy for the people of Ukraine, and in particular our colleagues working in Ukraine’s film and television sector. Along with other industry organizations, Pact calls for a cessation of hostilities in Ukraine and for a resolution of conflict by diplomatic means respecting the rule of law and the rights of the Ukrainian people.”

“International sanctions are being implemented against the Russian Government. Whilst Pact sympathises with Russian creatives who do not have the same freedoms and safeguards that we enjoy in the United Kingdom, Pact has removed all Russian production and business information from its website and calls on members to suspend all co-operation and trade with Russia for the time being.”

“Pact joins the call of millions in expressing our fervent hope for peace,” the statement added.

The Pact call out to members is the latest in a tidal wave of media-related actions against Russia. Also on Tuesday, Reed Expositions (RX), the organization behind the international TV showcases MipTV and Mipcom, issued a statement saying it “strongly condemns the Russian invasion of Ukraine,” adding that it would follow “government sanctions and policies in each territory where (it) operates.” This effectively means there won’t be any Russian film and TV outfits attending MipTV which is set to take place in April in Cannes.

Over the past weekend, the Series Mania festival said it had disinvited Roskino, the Russian government-backed advocacy organization for the nation’s film and TV industry.