Home » Two million Pfizer doses a week from October, enough for everyone by Christmas

Two million Pfizer doses a week from October, enough for everyone by Christmas 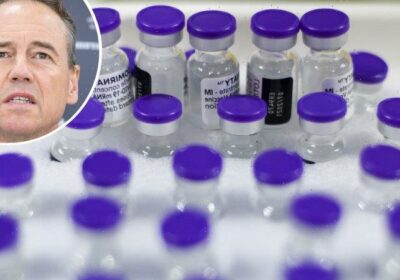 The federal government is promising a supply of two million Pfizer doses each week from the start of October, a development that means every Australian who wants to be vaccinated could be by the end of the year, the Australian Medical Association (AMA) says.

The new details about Pfizer supply should reassure over-50s concerned about the AstraZeneca jab they are currently offered, although Health Minister Greg Hunt reiterated “people should not wait” and should get vaccinated now. 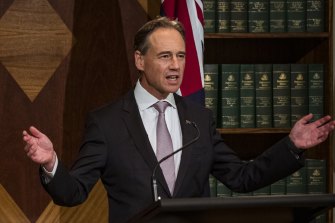 AMA president Omar Khorshid, who has previously called on the government to address vaccine hesitancy with a massive campaign, said the promised Pfizer supply meant everyone who wanted it could have both doses by Christmas.

“Because two doses of Pfizer are closer together it actually speeds up the rollout, though we have to wait for them to arrive,” he said. “We could have everyone have both doses by the end of year.”

Meanwhile, experts modelling the pandemic for state and federal authorities warn the prevailing rate of vaccine hesitancy would make Australia fall short of the vaccination rate it needs to safely reopen borders.

James McCaw of the University of Melbourne and James Wood of the University of NSW said the latest evidence showed the Pfizer and AstraZeneca vaccines were significantly more effective in reducing COVID transmission than expected, but we still needed 80 to 85 per cent of Australians to get vaccinated in order to open the border without COVID spreading.

Vaccine hesitancy came to the fore last week after the Resolve Political Monitor survey published by the Herald and The Age found 29 per cent of all respondents said they were “not very likely” or “not at all likely” to get vaccinated in the months ahead.

In an interview with The Sun-Herald and The Sunday Age, Mr Hunt provided new details about the expected arrival of Pfizer vaccines, while cautioning the timeline is subject to consistent supply.

Mr Hunt said about 4.5 million Pfizer doses were expected in Australia by the end of June, rising to seven million doses of Pfizer in both the third and fourth quarters of 2021. As previously announced, another 20 million doses would arrive in the last quarter. 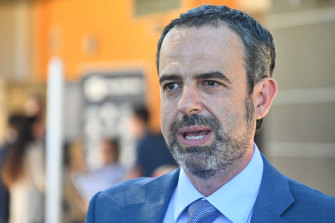 Australian Medical Association president Dr Omar Khorshid says every Australian could be fully vaccinated by the end of the year as vaccine supplies increase.Credit:Peter de Kruijff

Dr Khorshid said the government and community must “set a timeline and firm targets for vaccination rates before opening up [as] that will provide motivation for Australians to get vaccinated”.

Professor McCaw and Associate Professor Wood said the apparent efficacy of both vaccines in reducing total transmission by as much as 90 per cent was “really exciting and a huge additional benefit”, and offered Australia the chance to reopen safely earlier, but it depended on take-up.

They were speaking after preliminary results from a UK study released on Friday showed that two shots of the AstraZeneca vaccine may be 85 to 90 per cent effective against symptomatic illness.

Associate Professor Wood said with open borders Australia needed to reduce the transmissibility of the virus by about 75 per cent to control the spread without additional restrictions. “So the actual amount of [vaccine] coverage has to be a bit higher, probably about 80 to 85 per cent,” he said.

That supports Premier Gladys Berejiklian’s declaration last week that 80 per cent of the state’s adults – or 5 million people – had to be fully vaccinated before international travel could resume.

Professor McCaw said vaccination coverage “definitely has to be way over 50 per cent” to reopen, and the higher the better. At that point “you would be able to manage it without having to go to full shutdown”.

“That’s absolutely clear from the data we’re seeing now,” he said. “All it needs is for people to get vaccinated. If people don’t take it, we’re not getting ourselves anywhere.”