Entertainment veteran Kerri-Anne Kennerley has suffered a broken collarbone after falling from a trapeze at Sydney's Lyric Theatre on Wednesday evening.

The former Studio 10 co-host was performing in the Tony Award-winning musical Pippin when she fell around four metres onto the stage. 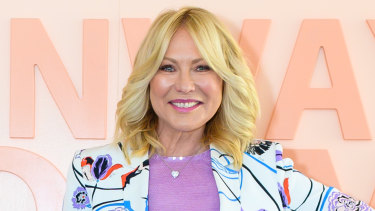 Producers said Ms Kennerly finished her song and was taken to hospital. Scans revealed that in addition to a broken collarbone the TV star had sustained a chip to a bone in her ankle.

In a statement, Ms Kennerley said the show had been "one of the great experiences" of her life and she was thankful for everyone's support.

"What happened is just a random misstep in the trapeze and circus world," she said. "I've always felt safe in their hands but accidents just happen."

Pippin is slated to run until the end of January 2021. Ms Kennerley will be replaced by an understudy until further notice.