Toxic masculinity: a fair assessment of male behaviour or a dangerous generalisation? 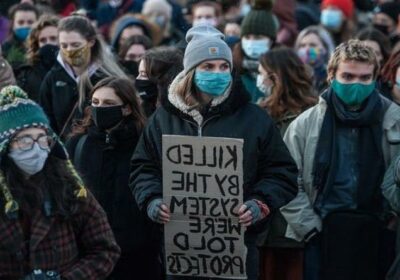 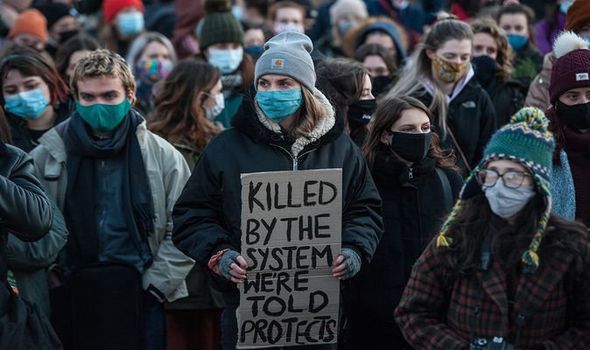 Yet stories of sexist cultures and online misogyny seem never-ending. On the street, in the workplace, even at school, it seems there is no getting away from what TV chef and Strictly contestant John Whaite recently called “that notion of toxic masculinity”. But is that a fair assessment of male behaviour – or a dangerous generalisation? Two writers examine the issue…

Growing up, British boys are constantly told to “be a man” or to “man up”, and pushed towards adopting “male” qualities such as confidence, self-sufficiency, strength, assertiveness and dominance. By themselves, these traits are not inherently toxic, indeed they can be commendable, but when they are reinforced by the often unrealistic expectations of society, young men may struggle.

We know that men are far less likely to discuss mental health problems with a medical professional. In 2017, the suicide rate for men was 3.5 times higher than it was for women and men between the ages 45-49 have the highest suicide rate in England and Wales.

Negative body image, depression and anxiety can all be factors in this, as can feelings of inadequacy and emotional repression.And this is where the roots of “toxic masculinity” are found – because such insecurity often manifests itself in a need to oppress others, in misogyny and abusive behaviour.

The same culture that discourages boys from crying or talking about their feelings dehumanises and objectifies women, normalising and trivialising sexual violence.

At one end of the spectrum we find rape jokes and victim blaming, progressing on to sexual harassment and online abuse. But when behaviours such as these are normalised – for example, in a workplace WhatsApp group – this can act as a gateway to more extreme acts such as stalking, sexual assault and rape.This is an incremental culture where everything is interconnected.The attitudes and beliefs of some men feed into what they say and do to women.

Everyone’s Invited is a movement whose mission is to expose and eradicate this culture by using empathy, compassion and understanding.

It came about when, in the summer of 2020, after many conversations with friends about our experiences of misogyny, harassment and sexual violence throughout our school years, I decided to share my own stories on Instagram, and talked about the debilitating impact it had on my confidence, self-worth, mental health and relationships.

I was immediately inundated with messages from old friends, new friends, mutual friends, people who I hadn’t seen in years, all reaching out to tell me how much of what I went through had resonated with them.

They too began sharing their own testimonies of misogyny, harassment, abuse and sexual violence.There were so many I felt compelled to create a permanent space for survivors to share these experiences completely anonymously.

Many find a cathartic release that helps them come to terms with what they have been through, giving them a feeling of empowerment in knowing they are not alone. It has spiralled into a powerful chorus of voices, which has driven a national conversation.

The 54,046 testimonies shared so far on the Everyone’s Invited website document personal experiences – each unique, yet disturbingly unremarkable in the frequency and scale of the incidents described.

The stories reveal how even the “less serious” incidents of casual sexism and harassment can have a detrimental impact on a young person’s life, especially when repeated over time during such formative years. Many expose the pervasive nature of sexual abuse online.

These testimonies come from a diverse mix of women and girls from all around the UK. Different ages, different backgrounds, different cultures, all experiencing the same fear and insecurity and anger.

They are evidence of a deeply pervasive view of women that is entrenched in all parts of society: schools, universities, the workplace, on the streets and at home.

When I started this journey, I never expected to travel so far, so quickly.Yet there is still so much that needs to be done.

By continuing to have these conversations and speaking openly, we are breaking down the taboo bit by bit.When we create an environment that allows victims to speak openly, they are more able to come to terms with their experiences and begin to heal and recover.

I am often asked about solutions. My answer is, let’s keep talking.We need to continue this dialogue to expose the extent of the problem and inspire change. We need everyone to understand the reality of rape culture.

We need to work against victim-blaming myths that take responsibility away from perpetrators.

We need to confront the uncomfortable truth that someone who commits sexual violence is not usually a “monster” or stranger in a dark alley, but a man known to the victim – a loved one, friend, partner or colleague. Often, it is someone who doesn’t have a clear understanding of consent.And that is why consent education must be prioritised; it is crucial we learn how to navigate giving consent and respecting it in all relationships.

He continued: “Where men are sort of conditioned not to open up and not to be emotional. I think I might help combat that.”

Let’s hope he’s right. Because until we replace toxic masculinity with positive masculinity, things will not change for women who suffer its consequences.