Not one for the family album! Tourists share their worst holiday photos ruined by bad weather, poor framing and fingers on the lens

Holidaymakers have shared seriously unsuccessful pictures of some of the world’s greatest tourist attractions.

Unhappy campers from across the globe shared the pictures of their worst ever holiday snaps, collated in a hilarious online gallery by Bored Panda.

In one instance a person’s honeymoon to the top of the Eiffel Tower was obstructed by bad weather, while another internet user captured the Leaning Tower Of Pisa -only for it not to appear tilted.

Meanwhile a man on a 120-mile solo hike asked an elderly passer-by to take a picture – only to discover his head had been cut off.

Here, FEMAIL reveals a selection of the most unfortunate examples… 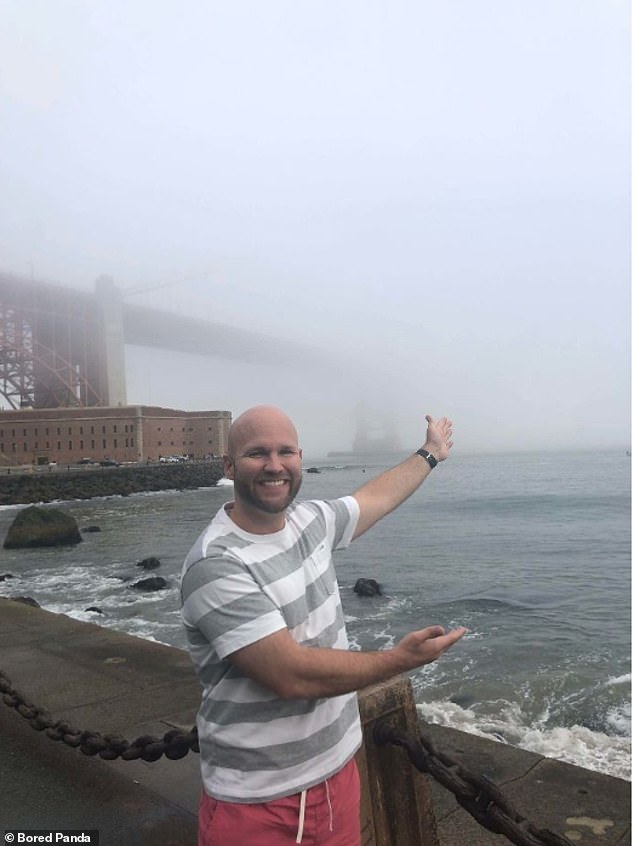 Just happy to be here! A man beams in front of the Golden Gate Bridge in San Francisco, California, despite the poor weather obstructing his view of the iconic structure 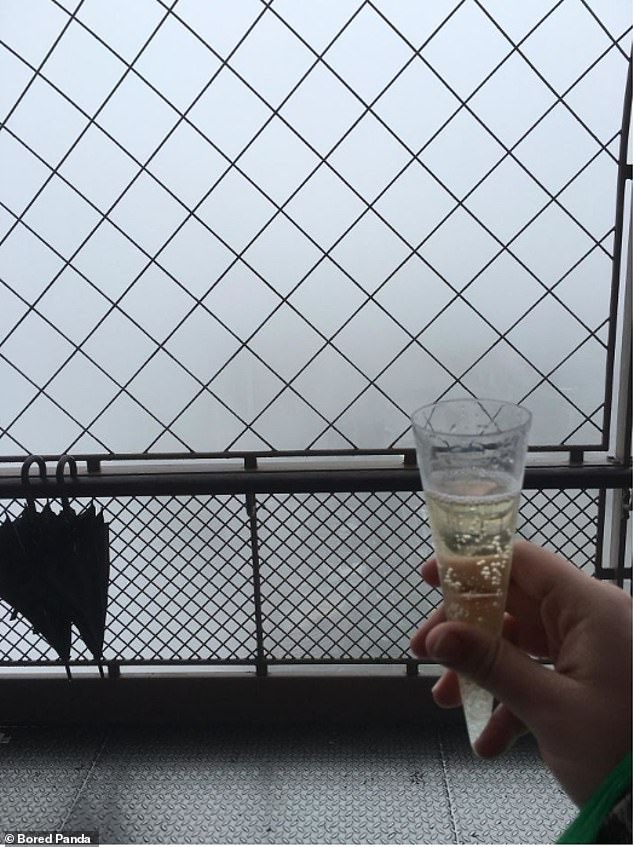 Cheers… to that? One anonymous person’s honeymoon on top of the Eiffel Tower in Paris, France, was obstructed by bad weather 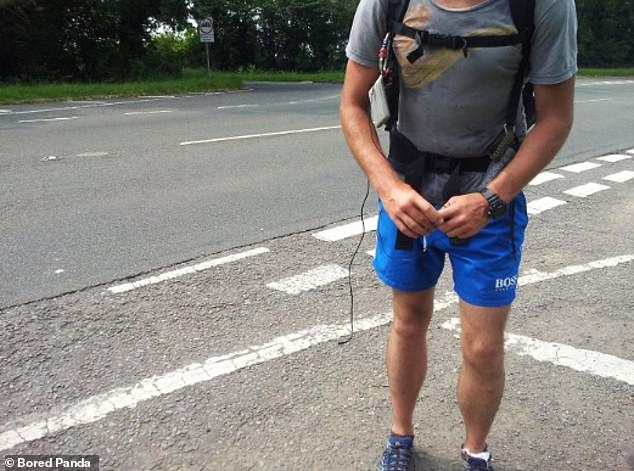 During a 120 mile solo hike, one person (pictured) wanted to grab a picture of himself and asking an elderly person passing by to take an image. Only, when looking back, he realised he’d been slightly cut out of the image 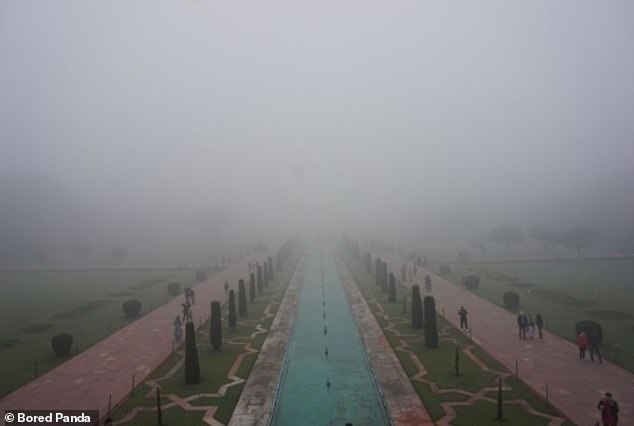 Better luck next time: This photograph is of the Taj Mahal, but it was taken during an extremely bad weather day, and left little to be seen 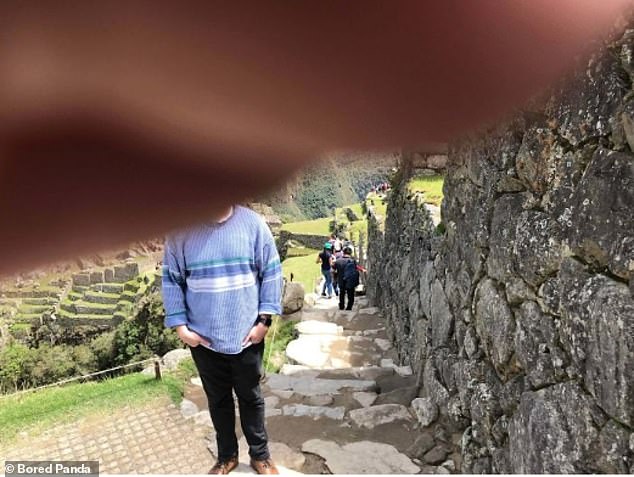 This father and son took a lovely visit to Machu Picchu, but when the youngster wanted to document his time there, his parent failed to take a successful photo without his thumb being involved 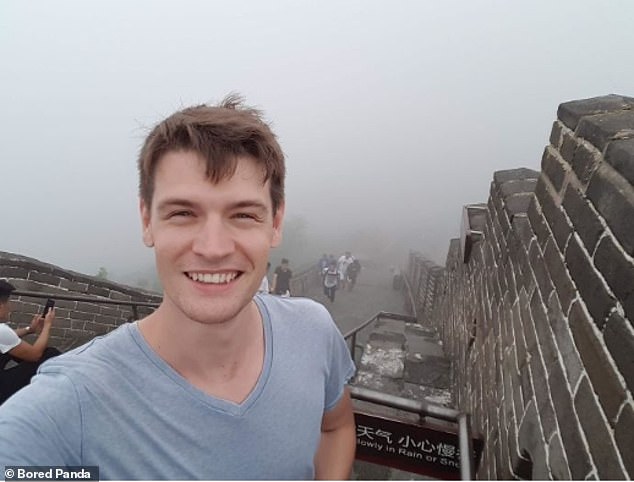 This man wanted to grab a cool photograph showing how high he was on the Great Wall Of China, however, the fog seriously messed with his ‘cultural vibe’ 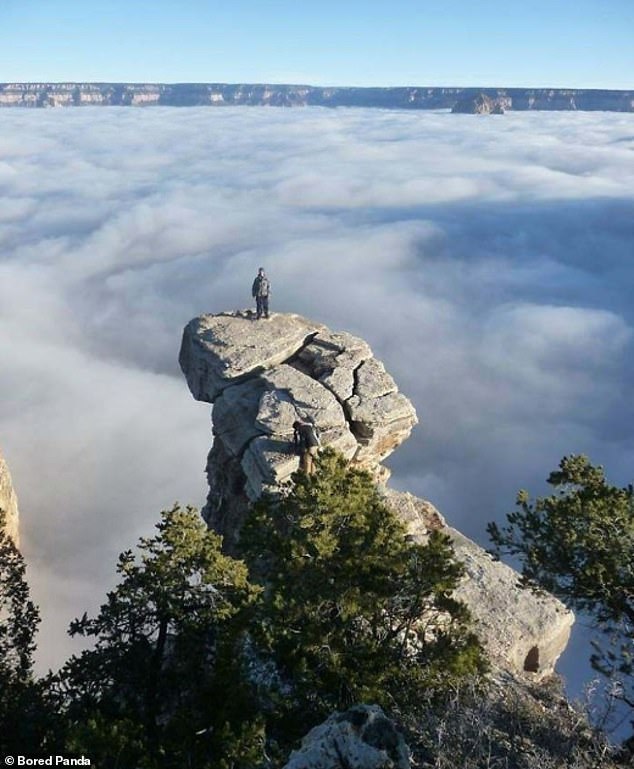 Nice view? The first time this person visited the Grand Canyon in Arizona, America, they viewed mostly clouds because of the bad weather 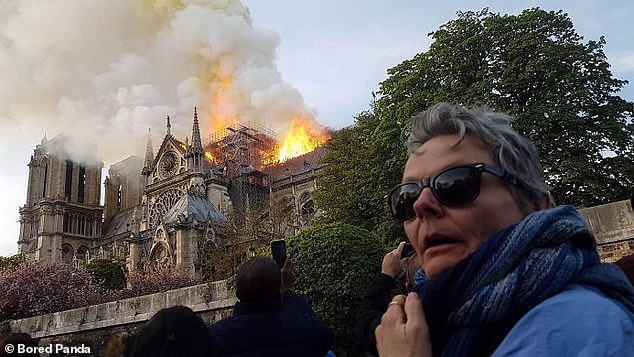 A gallery has captured a series of seriously unsuccessful pictures of some of the world’s greatest tourist attractions, A woman’s first visit to Paris, France, occurred as the Notre Dame burnt down last year in April 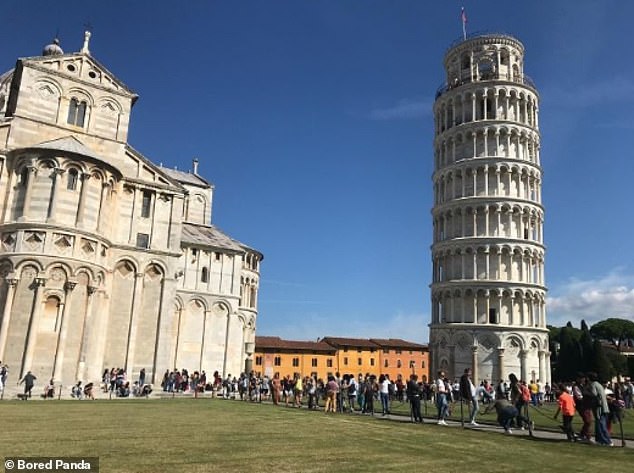 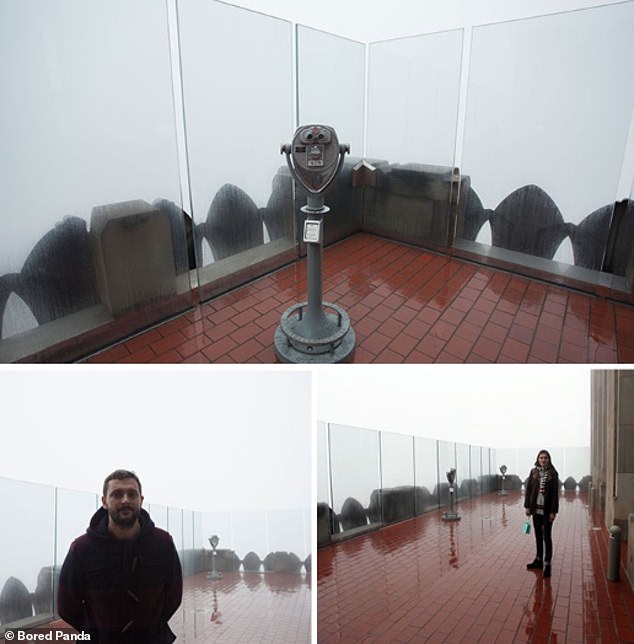 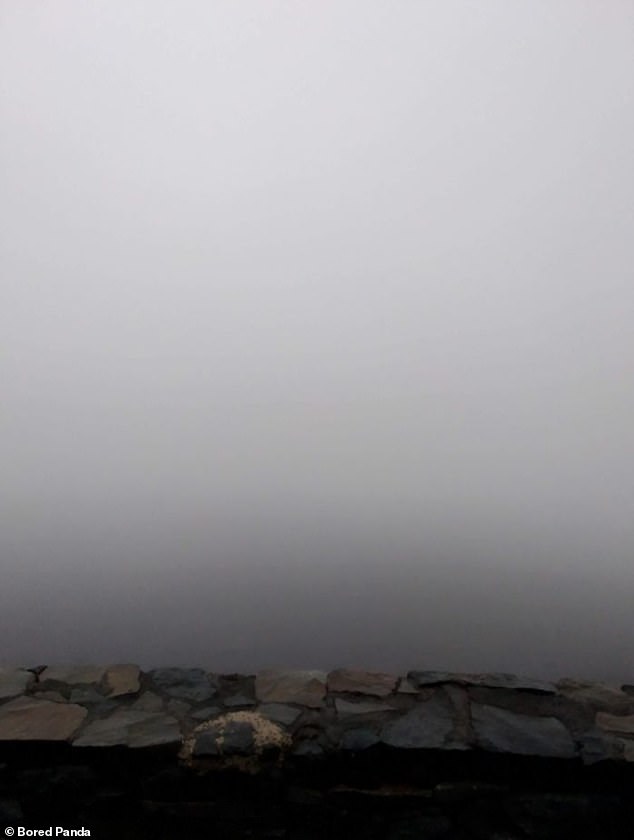 This person behind this photograph said they woke up at 2.30 am to make a two hour drive up to see the sunrise atop Haleakala in Hawaii. But they didn’t quite get the view they were looking for 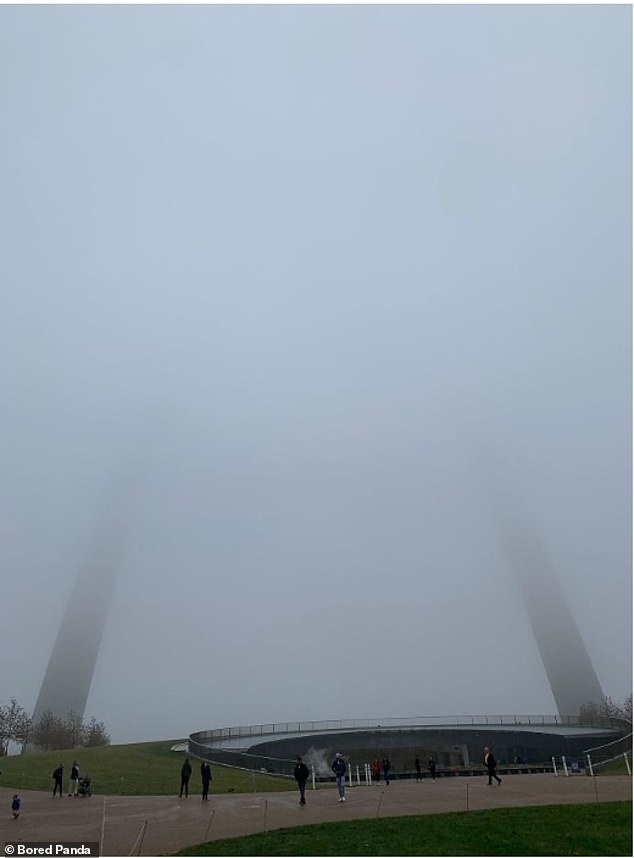 During this person’s first visit to St. Louis, Missouri, they couldn’t quite spot the famous Gateway Arch (pictured)