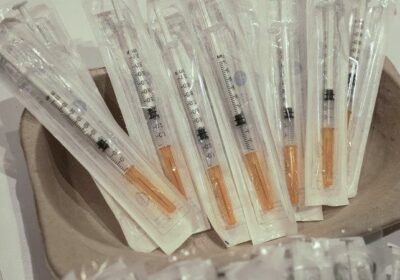 Thousands of residential aged care workers are at risk of missing their mid-September deadline for vaccination, nearly six months after they were given priority in the vaccine rollout. 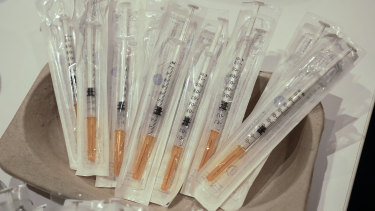 Aged care providers said they were concerned staff did not have enough time to get vaccinated.Credit:AP

Residential aged care providers are concerned a large percentage of their staff won’t meet the deadline. The federal government’s initial goal was to have the majority of the workers vaccinated in the first six weeks of the rollout.

The Department of Health said of the 275,907 total aged care workers nationwide, to date 51 per cent have received one dose and 32 per cent had received both doses of a vaccine.

But earlier on Wednesday, two large aged care providers told the Senate committee on job security a much lower percentage of their staff had received any dose of a vaccine.

At Bolton Clarke, a large not-for-profit aged care provider, about 30 per cent of workers had received one dose and 17 per cent have had two doses.

“I think booking a COVID vaccination has been somewhat challenging,” she told the committee.

Collecting vaccination data and providing that to the federal government had also been hard, and Ms Leahy said she believes the organisation’s vaccination rate was higher than officially reported.

“A lot of the work that we’re doing internally is really just chasing up that evidence of vaccination,” she said.

The Health Department said workers can receive vaccines as a priority through all primary care sites including GPs, as well as state or territory mass vaccination sites.

“From August, additional in-reach clinics and hubs will be delivered by vaccine workforce providers for residential aged care workers and residents not yet vaccinated,” a Health Department spokeswoman said on Wednesday evening.

“All residential aged care workers, irrespective of age, can receive the Pfizer COVID-19 vaccine as a priority.”

Kerin McMahon, chief executive of private aged care provider TriCare, which has had about a quarter of workers vaccinated with one dose, said the organisation was hoping to receive approval to vaccinate its own employees to help speed up the process.

“The access to the vaccines is the critical thing that we’d be most worried about – if the vaccines aren’t available, and people don’t have access, it’s going to be very difficult to comply with that timeframe,” she told the committee.

The United Workers Union’s aged care director Caroline Smith said there could be another staffing crisis in aged care if workers were banned from showing up for shifts from September 17 if they were not immunised.

“To reach the numbers by the 17th of September, we need 3000 aged care workers a day, seven days a week around Australia to be vaccinated. We’re not seeing that,” she said.

“We heard shocking evidence today that the September 17 deadline for all staff in aged care facilities to be COVID vaccinated is in real danger of slipping away,” he said. “I couldn’t say any of the witnesses to the Senate Inquiry into Job Security was particularly confident [of meeting the deadline].”

Prime Minister Scott Morrison said on July 2, when he announced the vaccine would become mandatory, that the federal government would provide $11 million in grants to facilities to help provide leave for staff if needed in relation to their vaccinations.

Stay across the most crucial developments related to the pandemic with the Coronavirus Update. Sign up to receive the weekly newsletter.