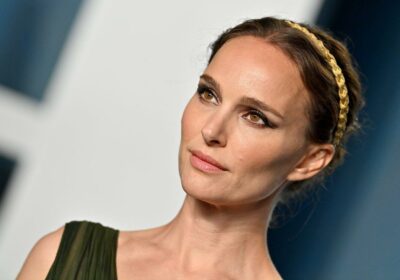 After months of begging for the first Thor: Love and Thunder trailer, Marvel finally granted fans their wish. The studio released the official teaser of the Marvel Cinematic Universe film on Monday, April 18, and it is everything fans wanted and more. The video contained the first looks of Thor, the Guardians, and the highly anticipated debut of Natalie Portman as Mighty Thor.

Natalie Portman returns as Mighty Thor in the ‘Thor: Love and Thunder’ trailer

Marvel first announced that Natalie Portman would return for the fourth Thor film during San Diego Comic-Con in 2019. And they also shared that not only would Jane Foster find her way back into Thor’s life but that she would wield Mjolnir in the movie, as well.

The end of the Thor: Love and Thunder trailer shared the first live-action look at Portman as Mighty Thor. As a battle rages in the background, lightning courses through Mjolnir as the hammer flies across the sky. Mjolnir lands in Jane’s hand, and Thor, played by Chris Hemsworth, looks at his ex-girlfriend in shock.

The video only shows Mighty Thor for a few seconds, but it was enough to make fans lose it over Natalie Portman’s character.

Thor: Love and Thunder premieres exclusively in theaters on July 8.

This story is being updated.