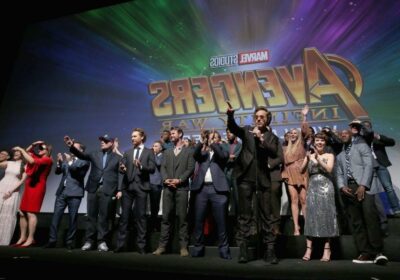 Many Marvel fans are looking forward to the release of Doctor Strange in the Multiverse of Madness on May 6. However, a lot of fans are also looking a bit further into the future. Thor: Love and Thunder premieres in the summer of 2022, and it will be the first time a Marvel Cinematic Universe character reaches a fourth solo film. As it stands, the cast includes a wide range of Marvel characters, but one from Avengers: Infinity War may also appear in the movie.

Thor: Love and Thunder will likely pull off many twists and turns, just like some of the Marvel movies that came before it.

Avengers: Infinity War featured many surprises, including a cameo by Peter Dinklage as Eitri, King of the Dwarves. The MCU introduced him during the third Avengers film when Thor asked him for help.

After the events of Thor: Ragnarok, Thanos and his army ambushed the Asgardian ship and blew it up. The Guardians rescued Thor, who was floating around space after Thanos’ deathly actions. The God of Thunder then decided to travel to Nidavellir, the home of the Dwarves, to make a new weapon after Hela destroyed Mjolnir. Rocket and Groot accompanied him.

Unfortunately, when Thor arrived, Eitri told him that Thanos forced the Dwarves to construct the Infinity Gauntlet before killing all of them. The Titan also destroyed Eitri’s hands so that he could never build another weapon. However, Thor, Rocket, and Groot help him make Stormbreaker — Thor’s new weapon.

Avengers: Infinity War was the only time fans saw Eitri. However, he may appear again in Thor: Love and Thunder. 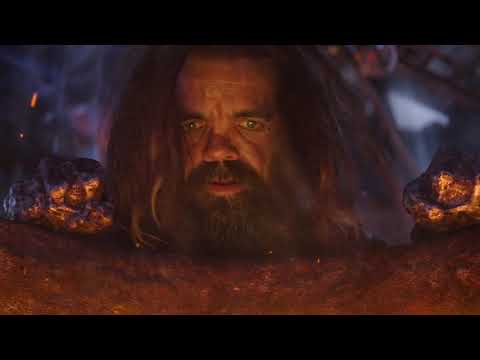 Eitri could return in ‘Thor: Love and Thunder’

While speaking on the Empire Podcast, Peter Dinklage teased that Eitri might appear in Thor: Love and Thunder.

“Well, there’s another Thor movie there, isn’t there? Coming out that Taika [Waititi]’s directed,” the actor said. “But, I didn’t say anything. I didn’t say anything. If you die in a Marvel movie, doesn’t mean it’s your last Marvel movie. That’s the crazy thing; it doesn’t matter. Somebody could make a TV — now, there’s TV shows. It’s Marvel World; we’re just all part of it.”

Dinklage likely would not have brought up Thor: Love and Thunder if Eitri wasn’t in it. It’s unclear how big of a role he would potentially have in the film, but it will be interesting to see why Thor and Eitri meet up again.

The ‘Thor: Love and Thunder’ cast includes many big names

Of course, Chris Hemsworth returns as Thor in Thor: Love and Thunder. The rest of the cast includes Tessa Thompson as Valkyrie, Natalie Portman as Jane Foster/Mighty Thor, Christian Bale as Gorr the God Butcher, Jaimie Alexander as Lady Sif, and Jeff Goldblum as Grandmaster.

Since fans last saw Thor jetting off with the Guardians at the end of Avengers: Endgame, a few of them appear in the upcoming movie. Chris Pratt as Star-Lord, Pom Klementieff as Mantis, Dave Bautista as Drax, Karen Gillan as Nebula, Sean Gunn as Kraglin, and Vin Diesel as Groot reprise their roles. It’s unknown how big of an impact they have on the film, though.

Thor: Love and Thunder premieres exclusively in theaters on July 8, 2022.