This Is Why The School In ‘Sex Education’ Feels So Familiar It’s every teenager’s worst fear to discuss the birds and the bees with their parents, and that’s the jumping off point for Netflix’s new comedy series, Sex Education, which airs Friday, Jan. 11 on the streaming platform. The show follows Otis (Asa Butterfield), an unlikely hero whose sex therapist mom (Gillian Anderson) says things like, "I’ve noticed you’re pretending to masturbate," and "Let me get you some condoms." However, his mother’s embarrassing profession comes in handy when a girl at his school recruits him into being the resident coital coach. And although it doesn’t appear as though Moordale Secondary from Sex Education is a real school, it certainly has the feel of one.

It’s clear from everyone’s accents in the trailer that the series is set in the U.K. (but perhaps the word "secondary" tipped you off). According to the Hollywood Reporter, Moordale is a fictional town, and in an interview with Vulture, Butterfield said that they filmed the series in Wales, Cardiff, and Newport. And although their school isn’t real, it somehow looks like every American high school you’ve ever been to. Producers transformed the University of South Wales’ former Caerleon Campus to look just like an American school.

For one, Moordale Secondary school has lockers, which are more common in America than Britain. Not to mention the fact that its students don’t wear uniforms, and their school logo looks more like that of an Ivy League college than an English high school. Even the school athletes wear letterman jackets, like the jocks in a ’50s musical. 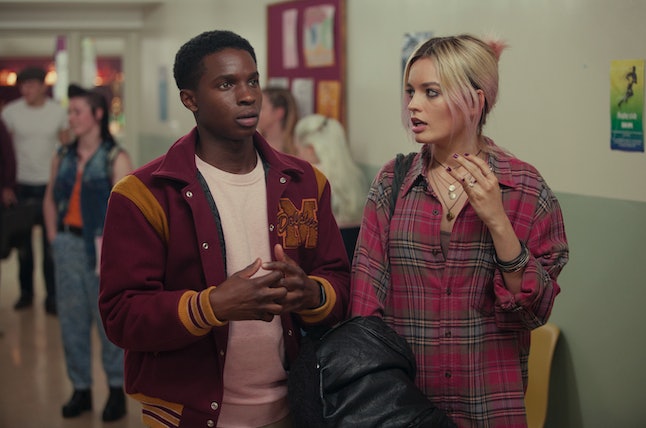 In the same Vulture interview, Anderson confirmed that the town’s cryptic aesthetic was on purpose. "[Moordale] is Everywhere-ville, the fact that it feels both British and American, that we kind of have ’80ish clothes and yet there’s smartphones," the X-Files actor said. Butterfield echoed his co-star’s sentiment, saying:

Regardless of the school’s ambiguous setting, it’s clear that the students at Moordale are getting it on and need someone to talk to about it. "Everybody’s either thinking about shagging, about to shag, or actually shagging!" Eric tells his virginal best friend. And so when Maeve (Emma Mackey) approaches Otis about starting a sex therapy business at school, he agrees. Plus, it doesn’t hurt that he has a "mild to moderate crush" on her. 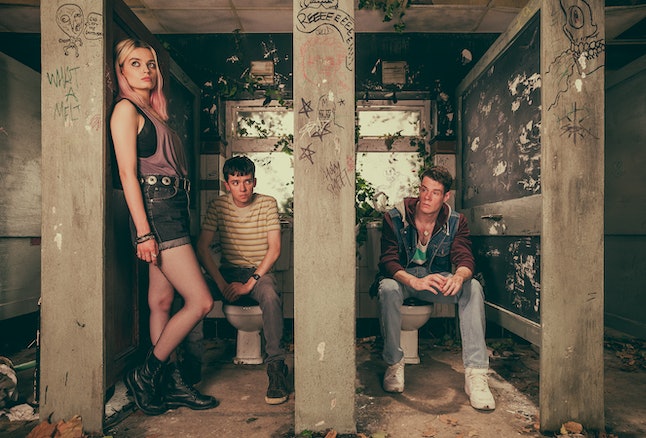 "This is a new frontier, my sexually repressed friend," Eric (Ncuti Gatwa) tells Otis in the trailer. "Our chance to finally move up the social food chain." In other words, the boys aren’t exactly popular. As Butterfield explains in a Sex Education teaser, his character Otis is a "professional virgin, terrible dresser, and total sexual guru." Gatwa, on the other hand, says that Eric is "comfortably gay and out of the closet. He’s also notoriously lame."

And since the duo are so far down the social ladder, an opportunity to become a vital part of the student body proves too tempting to pass up. In fact, the premise sounds eerily similar to Charlie Bartlett, the Anton Yelchin movie where Charlie gives fellow high schoolers advice in the bathroom — but with a more sexually explicit spin to it.

But although the show depicts teenagers and their unending horniness, it’s clear that Sex Education is really about learning to be comfortable in your own skin. And although Moordale Secondary is fictional, its students are entirely down-to-earth and relatable — as are the issues they’re grappling with.