These Blockbuster Movies Were Made For Less Than $1 Million 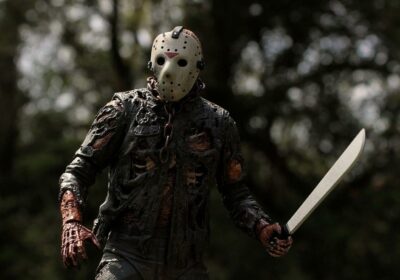 People often assume that a blockbuster movie needs an expensive budget and all A-list actors. However, it’s usually true that some movies do require a budget of several million dollars but that doesn’t mean you can’t make a good movie in less amount. There are a lot of famous movies that have original and amazing storylines and beautiful cinematography. It all comes down to the team of people working in the movie and behind the scenes.

Everyone knows that it costs money to make money but do you need to have a high budget to create captivating content for a movie? According to experts, it can cost anywhere from $40 million to $70 million to make any type of feature film. However, the low-budget movies we’ve collected for you all have a budget of less than even $1 million. It can be quite risky to invest so many millions in a movie that might not do well in theaters. But these movies made double and triple their total budget and gained worldwide success. So, let’s take a look at all the low-budget movies that received a lot of success.

The Blair Witch introduced a new type of horror movie for all the horror fans out there. It set the aesthetic and genre for many new movies that soon followed behind. The movie is based on the concept of “found footage”, however, it’s not the first of its kind. This independent film follows a group of young student filmmakers who try to investigate an urban legend. The Blair Witch Project was one of the first movies to go viral online for using a marketing campaign that relied on all the events of the film being real.

When this movie was first released, it gained huge popularity, and horror fans all over the world were extremely satisfied. The film had a budget of only $60,000 but it still went on to make $246.8 million worldwide. You will be surprised to know that the film was only made in under 8 days and there was a finalized script when filming started. This just proves that a high budget is not always the key to a blockbuster movie.

Everyone has heard of the movie Friday the 13th and how it leads to a cult-classic day for the fans of horror all over the world. This movie only had a budget of $550,000 but it made $92.7 million worldwide. The movie is based on a hockey-masked villain who takes his revenge on Friday the 13th. This led to the creation of a whole franchise dedicated to this movie and followed the making of 12 more films, comic books, merchandise, video games, etc. It’s still one of the highest-grossing horror movies of all time. Moreover, this is the reason behind a famous holiday for all the horror fans out there every Friday the 13th.

Mad Max has received a lot of praise from critics ever since the movie was first released back in 1979. This old action film only had a budget of $300,000 and gave birth to one of the most famous movie franchises ever. This dystopian movie tells the story of murder and revenge. This low-budget blockbuster made over $378.9 million worldwide. There have been three sequels to this movie so far and they have proved to be just as successful.

Halloween is quite a famous 1978 independent movie that popularized the slasher genre among all kinds of fans. This movie jump-started its famous franchise that is still making movies, tv shows, video games, and merchandise. This cult classic only had a budget of $300,000 but it ranked in the top movies by making $255.5 million all over the world. The production team saved money by cutting down wardrobe costs and costume costs.

Napoleon Dynamite is a famous comedy movie from 2004 and it was created on a tight budget of $400,000. It’s interesting that the main lead in this movie only got paid a total of $1000 for his role. The movie was edited on the producer’s computer in his apartment. Despite all the budget cuts, the movie grossed a total of $46.1 million worldwide. The film has been voted a fan favorite several times over the last few years.

RELATED: 15 Movies That Made Blockbuster History

Every thriller or horror fan is familiar with the movie Insidious. But did you know it had a budget of just $800,000? This horror movie showed everyone how to take a low budget and make a million-dollar movie. This film shocked producers and directors all over the world because of how good it was. Critics loved this highest-grossing movie as it made $99.9 million worldwide.

Open Water is a terrifying horror movie that takes inspiration from real-life events. It revolved around this couple who were stranded and desperately tried to survive in the middle of the ocean. The movie had a budget of only $500,000 and it earned $50 million worldwide. The film was captured only on a digital camera with a minimalistic setting.

1 Night Of The Living Dead

This zombie movie is one of a kind because it caused a lot of controversies back when it was first released. It was aired in 1968 for the first time and cast a black actor to play the lead role. This movie has proven to be a cult classic because it was added to the preservation list of the national film registry back in 1999. The movie was made entirely on a budget of $114,000 and earned $18 million worldwide and that’s over 250 times double the low-budget.

READ NEXT: 15 Blockbuster Movies That Oddly Offended Other Countries