The Tale Of Dar Robinson: The World’s Richest Stunt Double 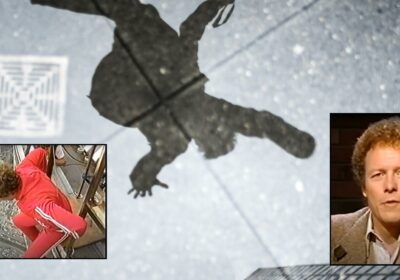 The late Dar Robinson was not a Hollywood actor, but the legendary stunt double certainly gained as much fame as one.

Born in 1947 in Los Angeles, California, Dar was the idol for all stunt doubles looking to stand out in Hollywood and beyond. The directors and producers of big-screen superhits were so fond of him that they would often offer him small roles out of admiration for his astounding performances in stunt scenes.

But the career of this legendary stuntman ended too soon while he was hardly 39 years old. The confidence that Dar inspired in aloof his colleagues and friends makes it impossible for them to believe what happened on that fateful day of his demise. He is, however, remembered for his previous achievements that took the world by surprise and established him as the best stunt double Hollywood has ever had.

This is how Dar Robinson rose to fame and became the wealthiest stunt double in the world.

RELATED: Before The Billions: The Life Of Jeff Bezos Prior To Amazon

Dar Robinson became a sensation at the age of thirteen when he made it to the cover of Life Magazine after making some unprecedented accomplishments on the trampoline. His father, Jess Weston Robinson, was already quite famous for his stunts on the trampoline and his son naturally fell into his footsteps. The reason Dar achieved tremendous success at a tender age was his years of rigorous training in his father’s Gymnastic Supply Company. He became an expert on the trampoline by instinct and muscle memory and soon secured the third rank in his division.

The Highlights Of Dar’s Extraordinary Career

Even as a young stunt person, Dar showed more promise than anybody else in the industry. He reached new heights every day, quite literally. One of his first records in stunt scenes was where he drove on the edge of the Grand Canyon and parachuted moments before landing on the ground.

He set a world record in 1979 where he made a successful free fall from a helicopter into an airbag – the height of which was almost 311 feet. One of the biggest highlights of his career was when he played the stunt double for Christopher Plummer in the 1982 film Highpoint. He jumped from the deck of Toronto’s CN Tower, and it was a free fall of almost 700 feet.

This 1970’s stunt became one of the most dramatic ever by a stuntman, and it established Robinson’s position in the industry as the best in his profession. The scene was shot in 1979, and it paid Robison a handsome amount of about $150,000. What made it even more of a spectacle was that the CN tower was officially the tallest building in Toronto back in the 1970s. The scene featured famous actors like Richard Harris, Beverly D’Angelo, Saul Rubinek, and Maury Chaykin, marking the movie’s climax.

The performance of Robinson was collectively lauded, and it landed him his next job as the stunt man for another challenging scene in the movie Sharky Machine, directed by Burt Reynolds in 1981. Reynolds spoke fondly of Robinson making a wireless free fall and relying only upon an inflatable mattress to break his fall. This marked one of his 20 stunt records, and nobody could prevent him from being the best High fall man.

The Shocking Demise Of Dar Robinson

Robinson made it to the Guinness Book of World Records in 1988 for being the highest-paid stunt person who performed the single stunt of jumping off the CN Tower. A documentary film was also attempted as a tribute to the brave act, and it was rightfully titled The World’s Most Spectacular Stuntman.

Robinson was particularly close to Ky Michaelson, and they often discussed death as that is something that stunt performers often talk about. It is always imminent, and yet the art of their work is to avoid it by inches. During the shooting of this feature-length documentary film, Robinson had a near-death experience when he tried to make the world record of cable length jump. The weather was unfavorable, and the stunt failed, but luckily Robinson survived.

While shooting for the Dino De Laurentiis’ comedy-drama called Million Dollar Mystery, Robinson met with a fatal accident. The crew was shooting for a drive-by scene of 3 motorcycles speeding downhill from a steep cliff. After passing out of the camera range, Dar’s bike failed to balance on a sharp curve, and he fell off the edge down an embankment. Robinson took a 40-foot fall and was still conscious when the crew found him. It took about 2 hours to get him to the nearest hospital. However, he did not live to see the light of the day.

Robinson was one of the loud and chatty stuntmen who liked to talk a lot about their dramatic scenes after accomplishing a successful shoot. This made him even more popular amongst his peers. Dar was 39 when he met with his untimely demise. For his achievements, he will always be remembered as the world’s richest stuntman who lived a relatively short life but became a legend.

READ NEXT: The Shape Of Success: Behind Ed Sheeran’s $210 Million Empire