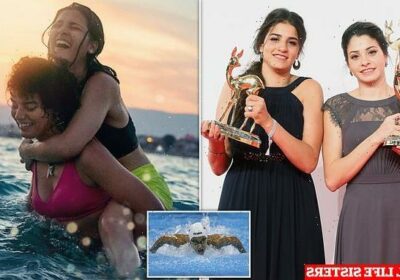 Incredible true story behind The Swimmers: Netflix film tells how sisters fled Syria and pushed their sinking dinghy for THREE HOURS to Greece – before one competed for the refugee team in the 2016 Rio Olympics

Upcoming Netflix film The Swimmers tells the real-life story of two sisters who were forced to flee war-torn Syria – before one went onto become an Olympian.

Sarah, now 26, and Yusra Mardini, now 24, left their home in Damascus in August 2015, four years after the conflict broke out in March 2011, in a bid to reach Europe. They planned to fly to Istanbul, before travelling to Greece via sea, then on land to Germany.

But the journey nearly ended in tragedy when the motor on the dinghy they took across the Aegean Sea stalled, leaving its 18 occupants in peril.

The sisters realised that the boat, which was designed to carry only seven people, couldn’t take the weight of everyone onboard, and so they jumped into the icy waters. 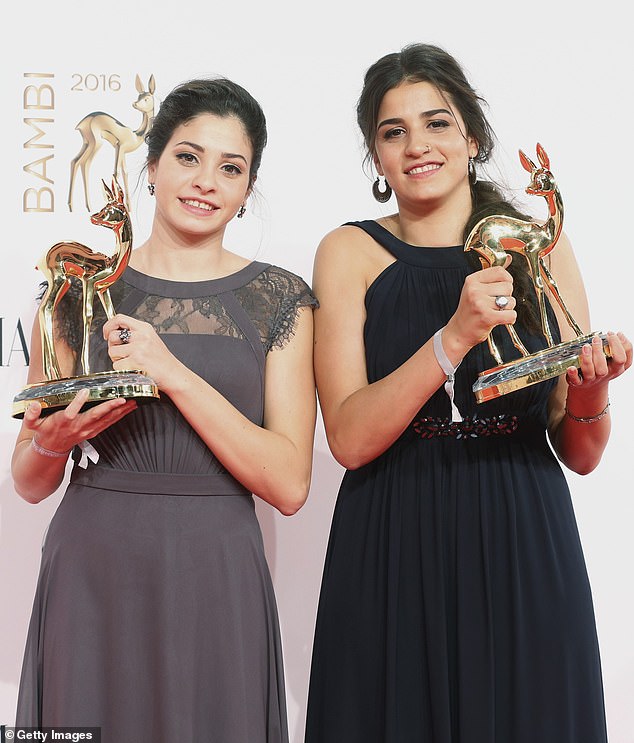 Sisters Yusra Mardini and Sarah Mardini (pictured at the Bambi Awards 2016 in Berlin), who pushed a dinghy filled with refugees from Turkey to Greece, have had their story immortalised in an upcoming Netflix film 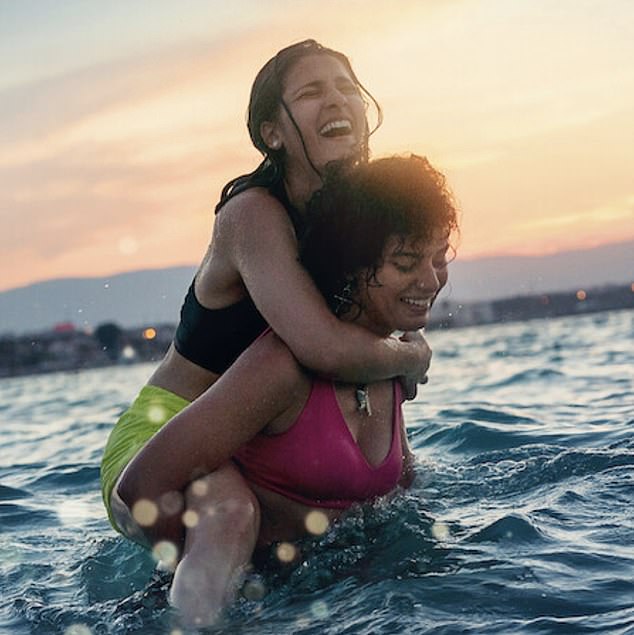 Netflix’s upcoming movie The Swimmers (pictured) tells the story of the Mardini sisters, starting as they fled the civil war in Syria in 2015 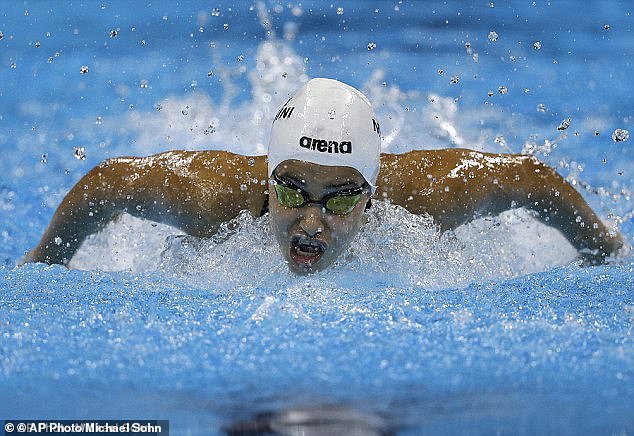 Yusra Mardini went onto become one of 42 athletes on the newly formed refugee team, taking part in the 100m butterfly race at Rio 2016 (pictured)

They then spent three hours pushing the dinghy across the water from Turkey to Greece. Their daring actions were made possible thanks to the lifelong swimming training their father Ezzat had provided.

Miraculously, the boat reached the island of Lesbos, and everyone onboard survived.

Speaking to MailOnline shortly afterwards, Yusra said: ‘We just had to do it. The boat was built for seven or eight but carried 20 people.

‘Sarah and I went into the water with another guy who could swim. We pushed for three hours, the worst being the cold and the dark.’

She continued: ‘It would have been shameful if the people on our boat had drowned.

‘There were people who didn’t know how to swim. I wasn’t going to sit there and complain that I would drown. If I was going to drown, at least I’d drown proud of myself and my sister.’ 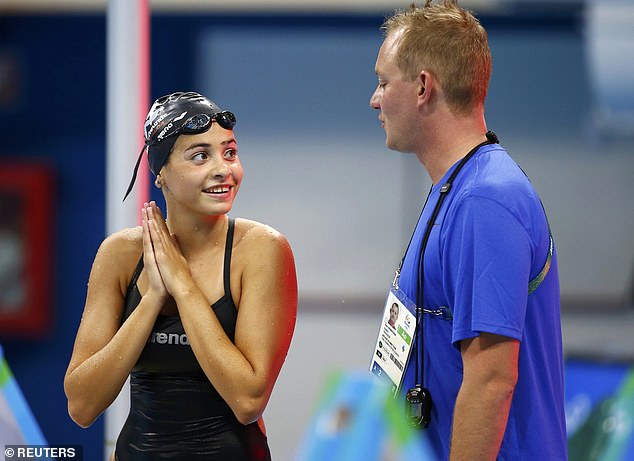 Sarah added: ‘It was scary actually for the other people who were with us in the boat, but not for me.

‘I just wanted to get everyone safely to the island. Which we did, thank God.’

Finally, after having fled the falling bombs of Damascus, and moving through the camps of Lebanon and across the wide expanses of Europe, the sisters found safety in Germany.

Once there, they were able to make contact with a swimming pool near the refugee centre in which they were living, where they started training with a local coach Sven Spannekrebs. 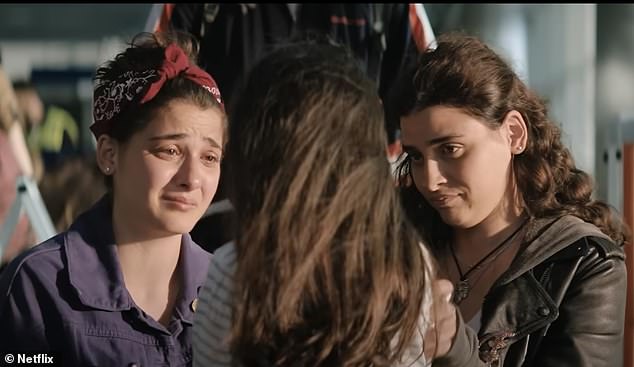 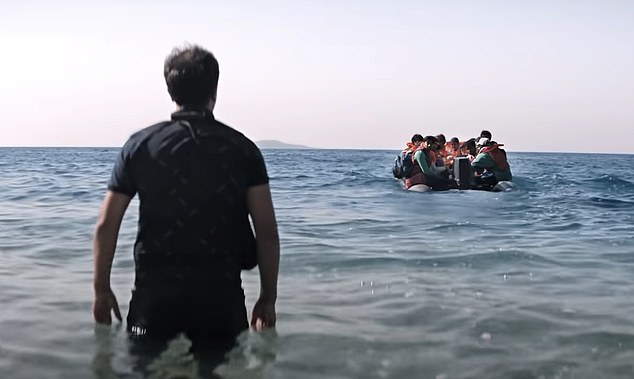 The film shows the sisters’ harrowing journey by dinghy across the Aegean Sea, when they were forced to jump out of the boat, and spend three hours in the icy water, pushing it to safety

Their goal was to train, with a view to competing in the 2020 Olympic games.

However, that year, for the first time in its history, the International Olympic Committee announced that the nations competing in Rio would be joined by a team of refugees, made up of athletes who would otherwise find themselves stateless and excluded.

Yusra became one of the 42 athletes representing the team, swimming in the 100m butterfly, and winning one of the heats.

Speaking about the squad, Yusra told MailOnline: ‘I want to represent all refugees because I want to show everyone that after the pain, after the storm, come calm days. I want to inspire them to do something good in their lives.’ 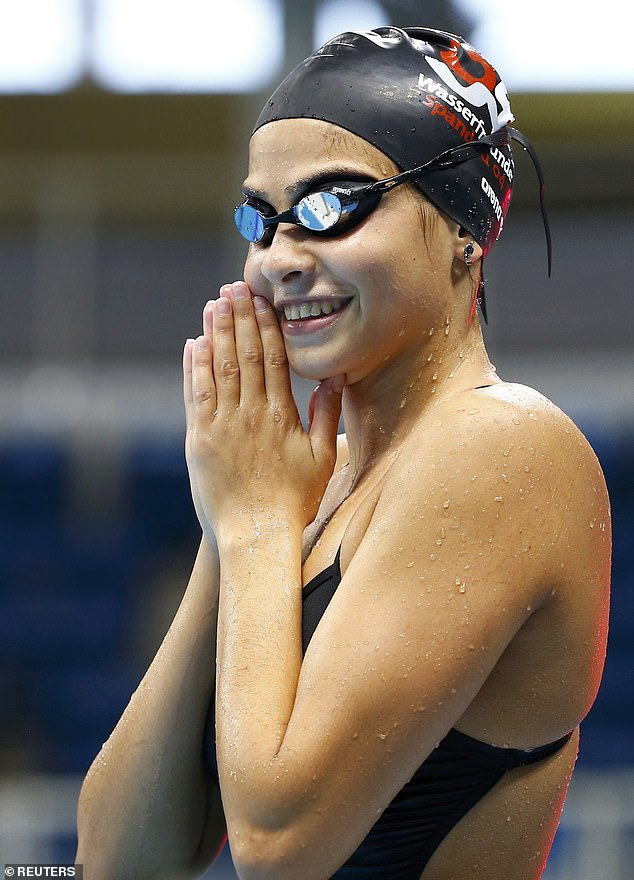 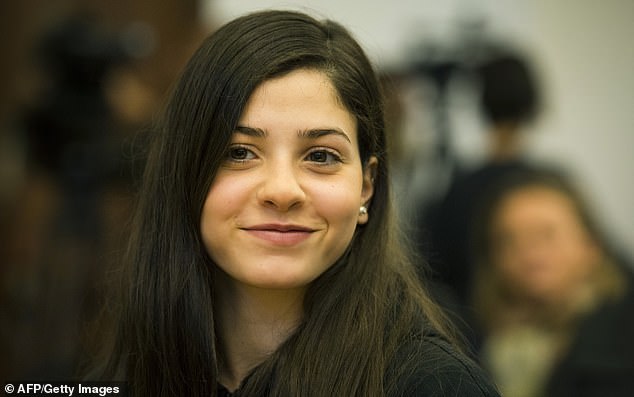 Now Netflix has immortalised their story in its upcoming film The Swimmers, which is directed by Bafta winner Sally El Hosaini, and executive produced by Stephen Daldry.

According to the synopsis: ‘From war-torn Syria to the 2016 Rio Olympics, two young sisters embark on a risky voyage, putting their hearts and their swimming skills to heroic use.’

After premiering at the Toronto International Film Festival, the film is now one of Netflix’s biggest Oscar hopefuls.

The Swimmers will be available to stream on Netflix in the UK from November 23.